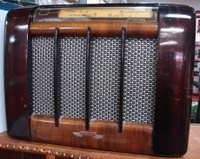 The Gulbransen model 628 was manufactured for H. W. Clarke Ltd by Collier & Beale Ltd in 1948.

The magic eye sits behind the dial on the left side, and the tuning indication is via a novel rotating drum 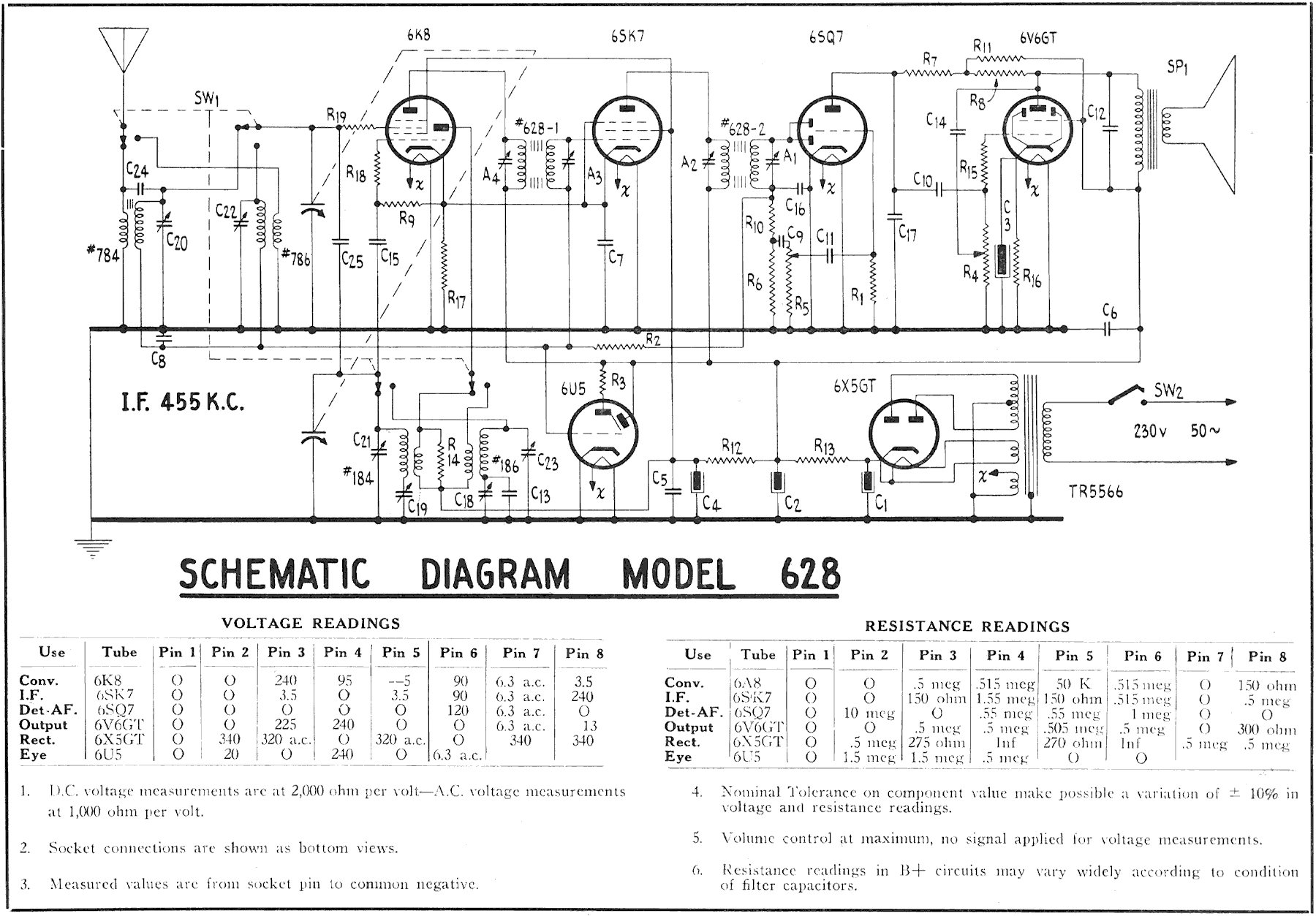 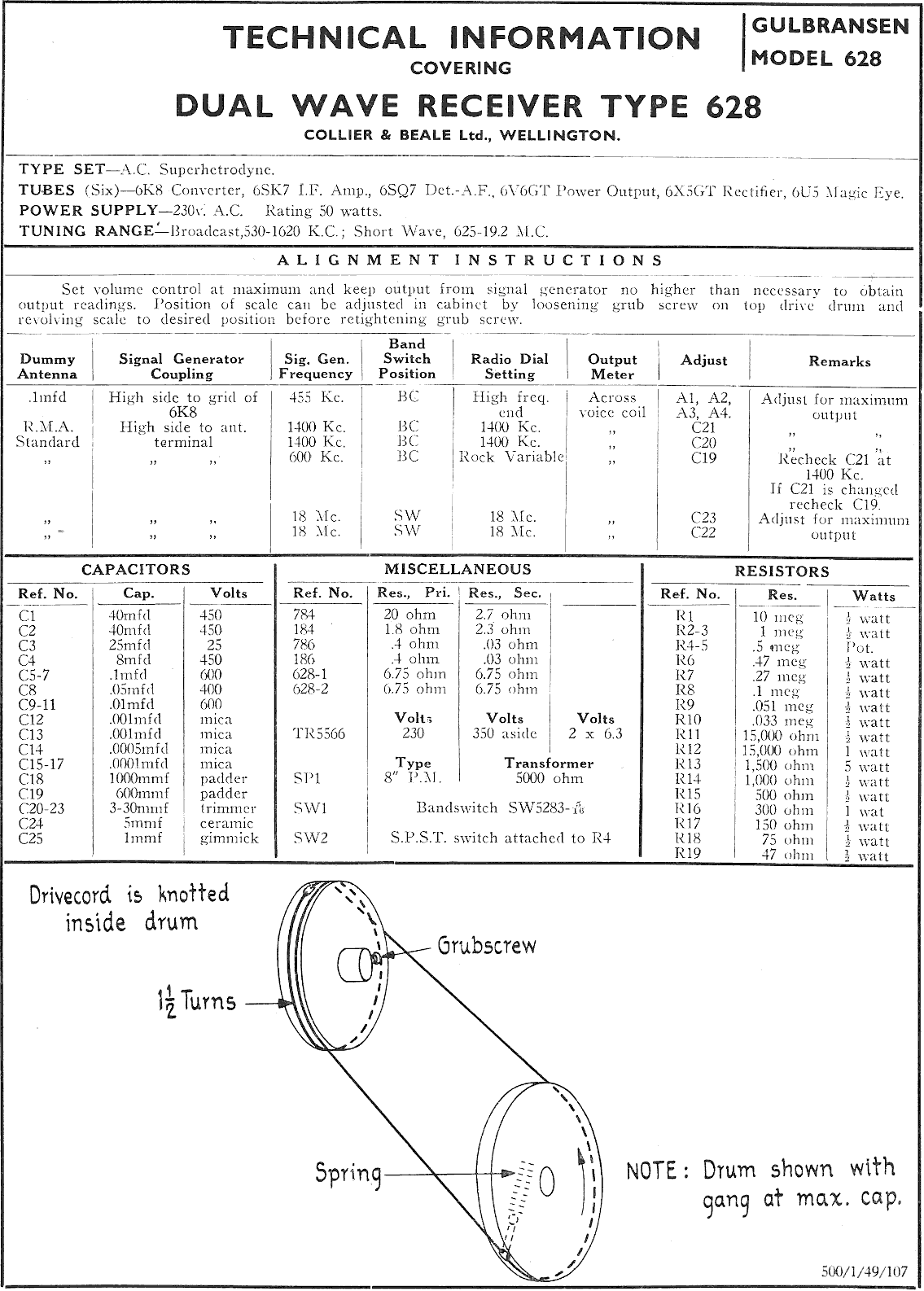