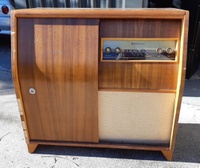 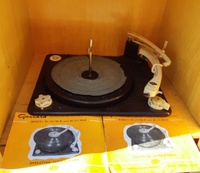 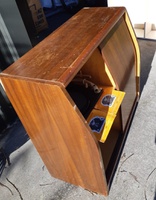 The Gulbransen Grenada was manufactured for H. W. Clarke Ltd by Collier & Beale Ltd in 1958. 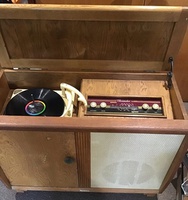 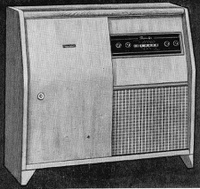 Also seen in Pacemaker and possibly also available as a Cromwell.

NB: the advertising copy below has an incorrect spelling of Grenada 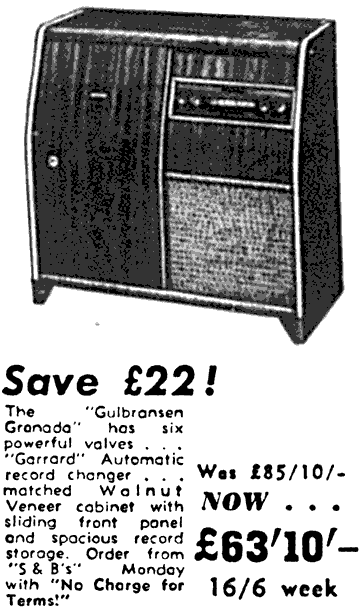 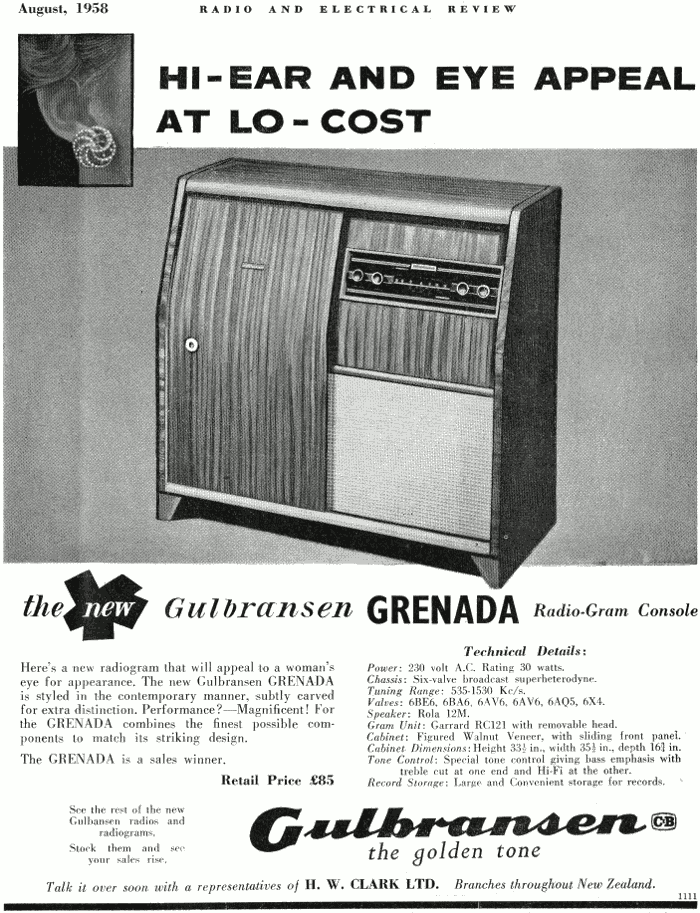 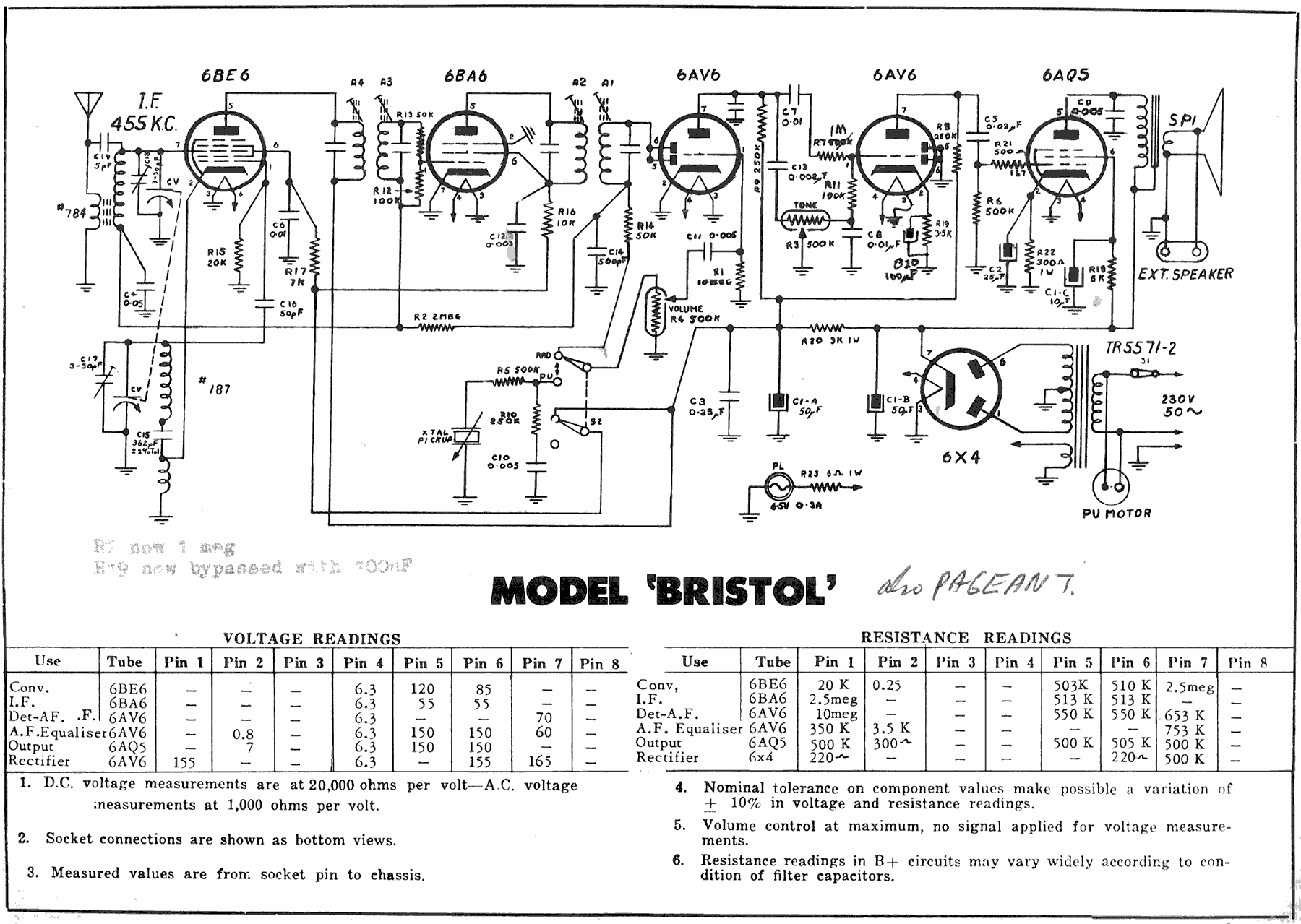 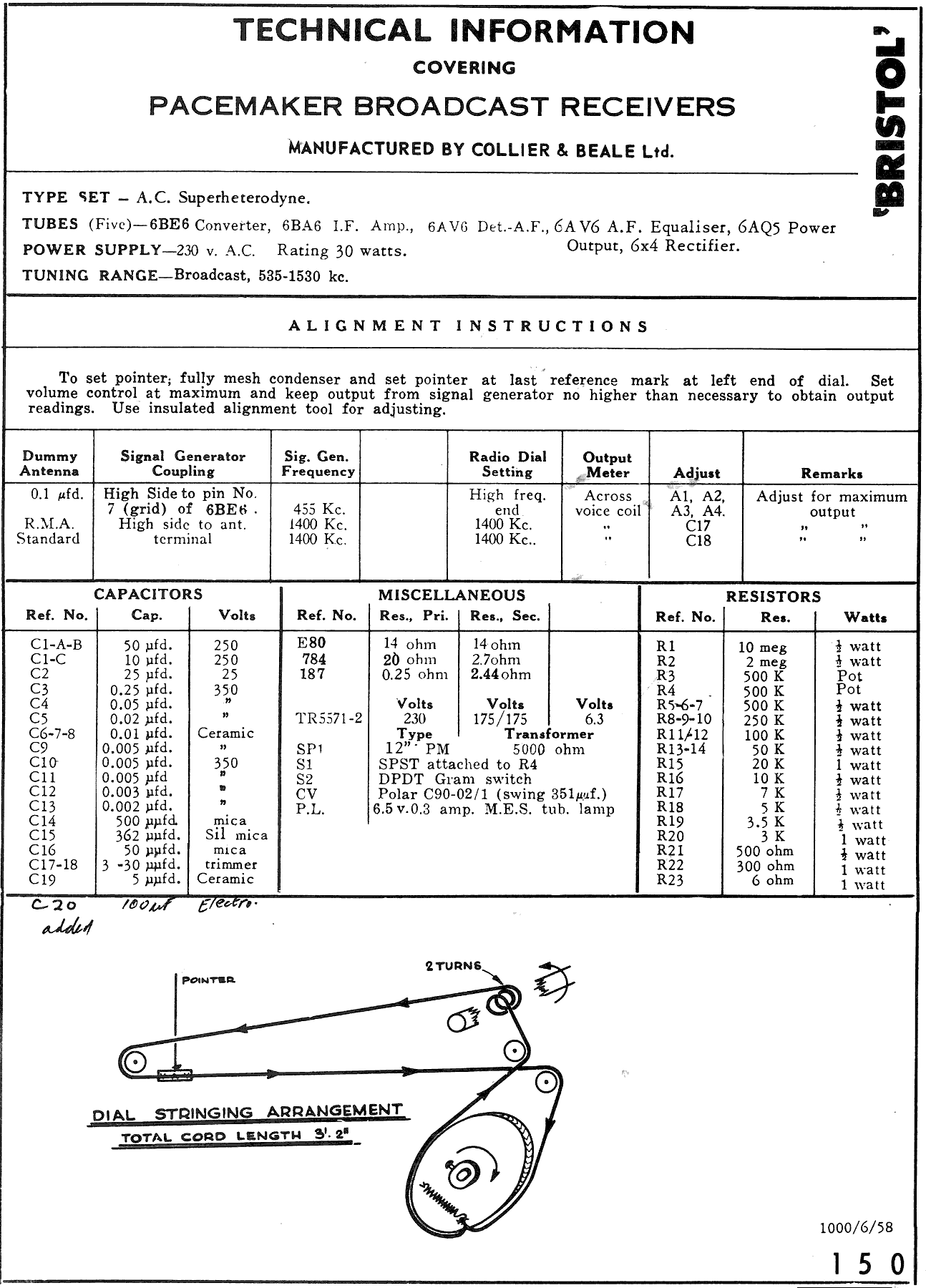