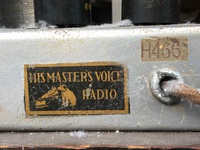 The HMV 5V BC AC c1941 was manufactured for His Master's Voice (New Zealand) Ltd in about 1941. The manufacturer is unknown at this time.

Some early HMV NZ sets didn't seem to have model numbers* but they did show model names in newspaper advertising - this one appearing to be an updated version of the original Cadet 5-valve broadcast band set released in around 1940/41 after government tariffs made radio imports too expensive, shutting off HMV NZ's supply of sets from England.

Circuit is same as the one shown (drawn by John Stokes) except that an EM speaker was used, with the field coil as smoothing choke. 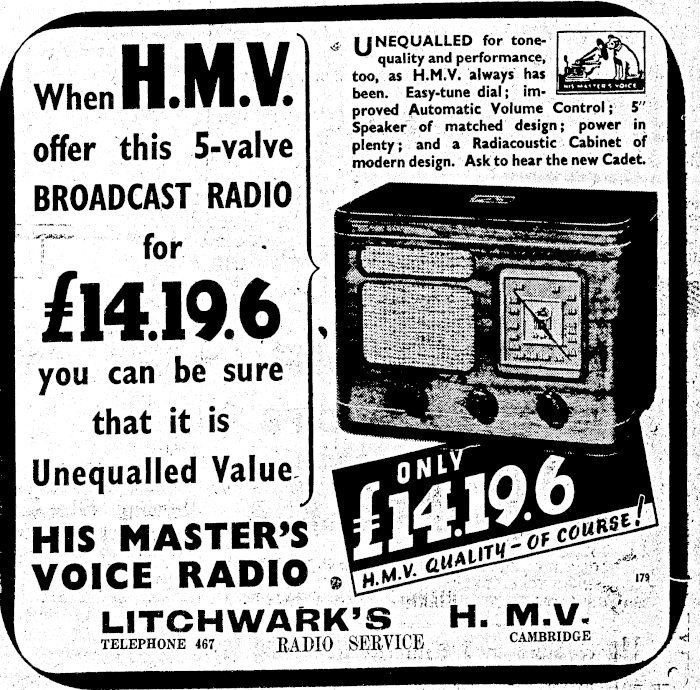 * These ones could be produced in-house by HMV - Collier and Beale sets generally did have model numbers, in line with their production practices.

Notable for the 'cockeyed layout' as described by John Stokes. 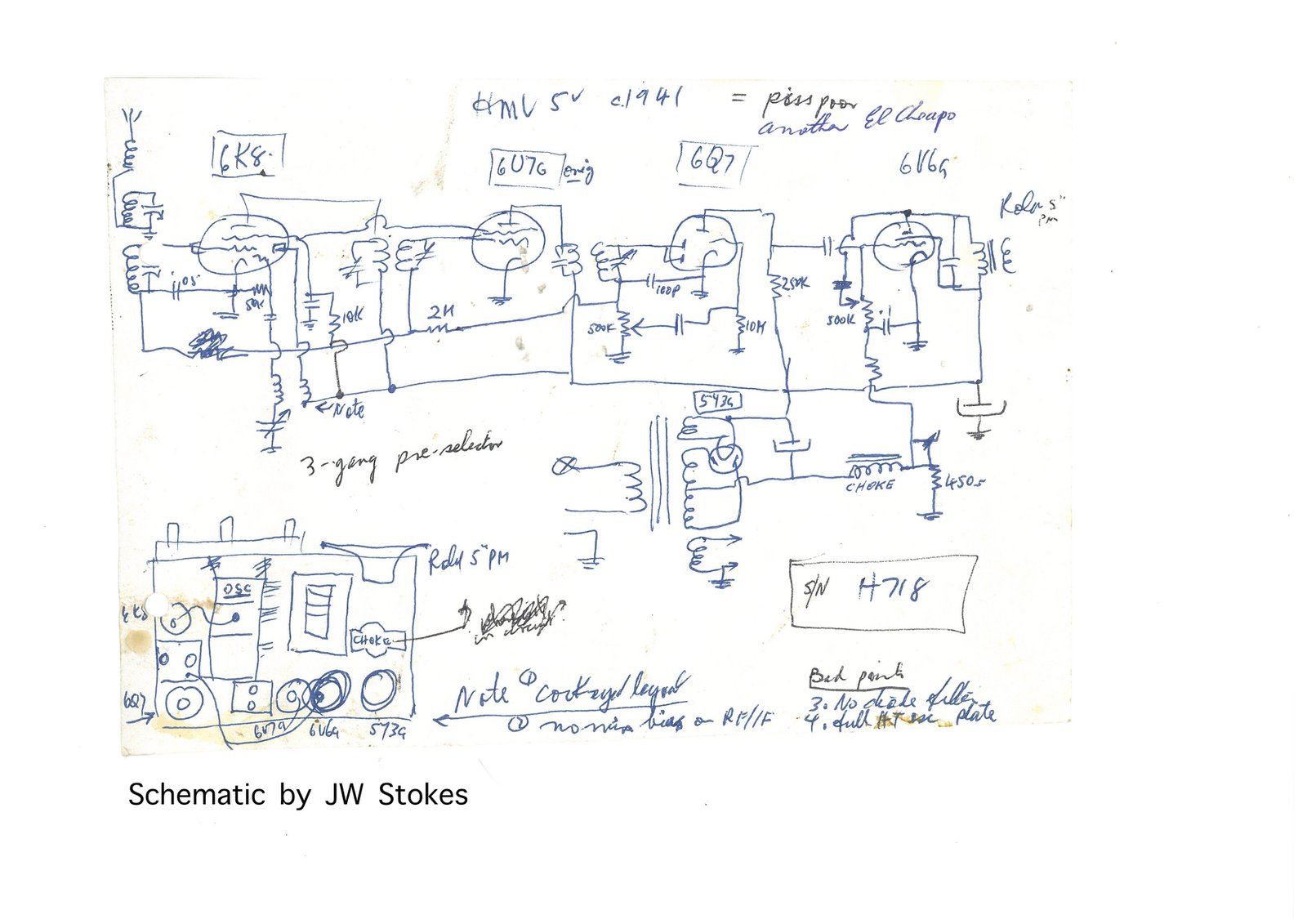