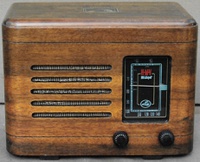 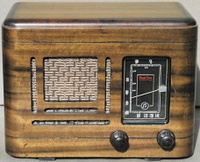 The HMV Midget was manufactured for His Master's Voice (New Zealand) Ltd in about 1941. The manufacturer is unknown at this time. 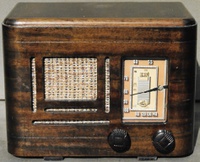 Upgraded to a glass dial although still only showing the big 4 stations 1YA, 2YA, 3YA and 4YA (which makes sense given the limited range capabilities this tiny set would have had) and branded with either 'HMV Midget' or 'Magic Tone' on the dial.  The original MK1 model had a cardboard dial.  This model is likely to have replaced the orignal fairly early on.

Also upgraded to a new cabinet design, although this may not have happened at the same time as the dial, as some glass dial sets have been seen in earlier cabinets.  Indeed there may have been a surplus of these early cabinets as they were sold through outlets ike SOS Radio in Auckland - possibly because these little sets did not sell as well as hoped.  Indeed, sighted serial numbers noted by John Stokes* are all under 1000. 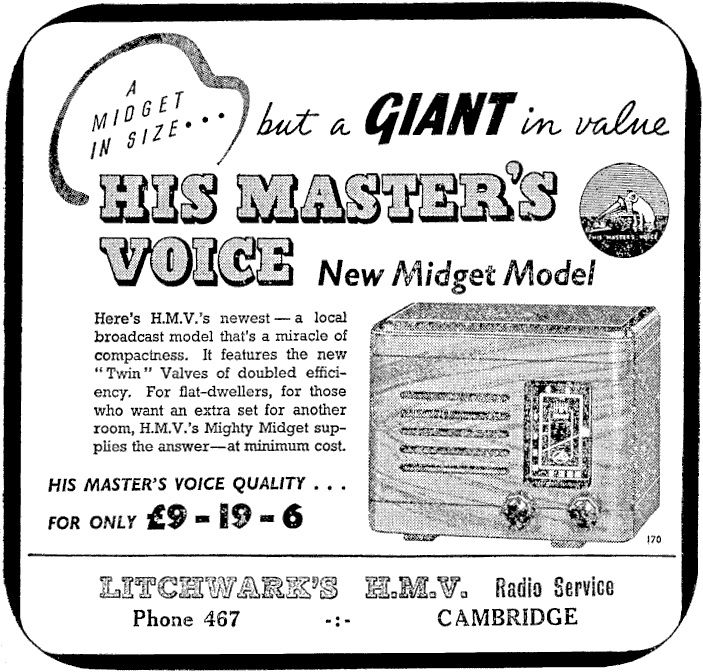 * Its worth a side-note here that John Stokes produced a very small run of his own small 5-valve radio using these HMV Midget cabinets - these would be particularly rare today if any still exist.

TRF chassis using a 12B8 triode / pentode for RF and a 25A7 half-wave rectifier / beam powered tetrode.  Rola F4B speaker.

Take care with the transformer, it has a 225V HT winding and a 37V heater winding which would need rewound if damaged since nothing like that will exist off the shelf today - certainly not in a package that will fit this radio. 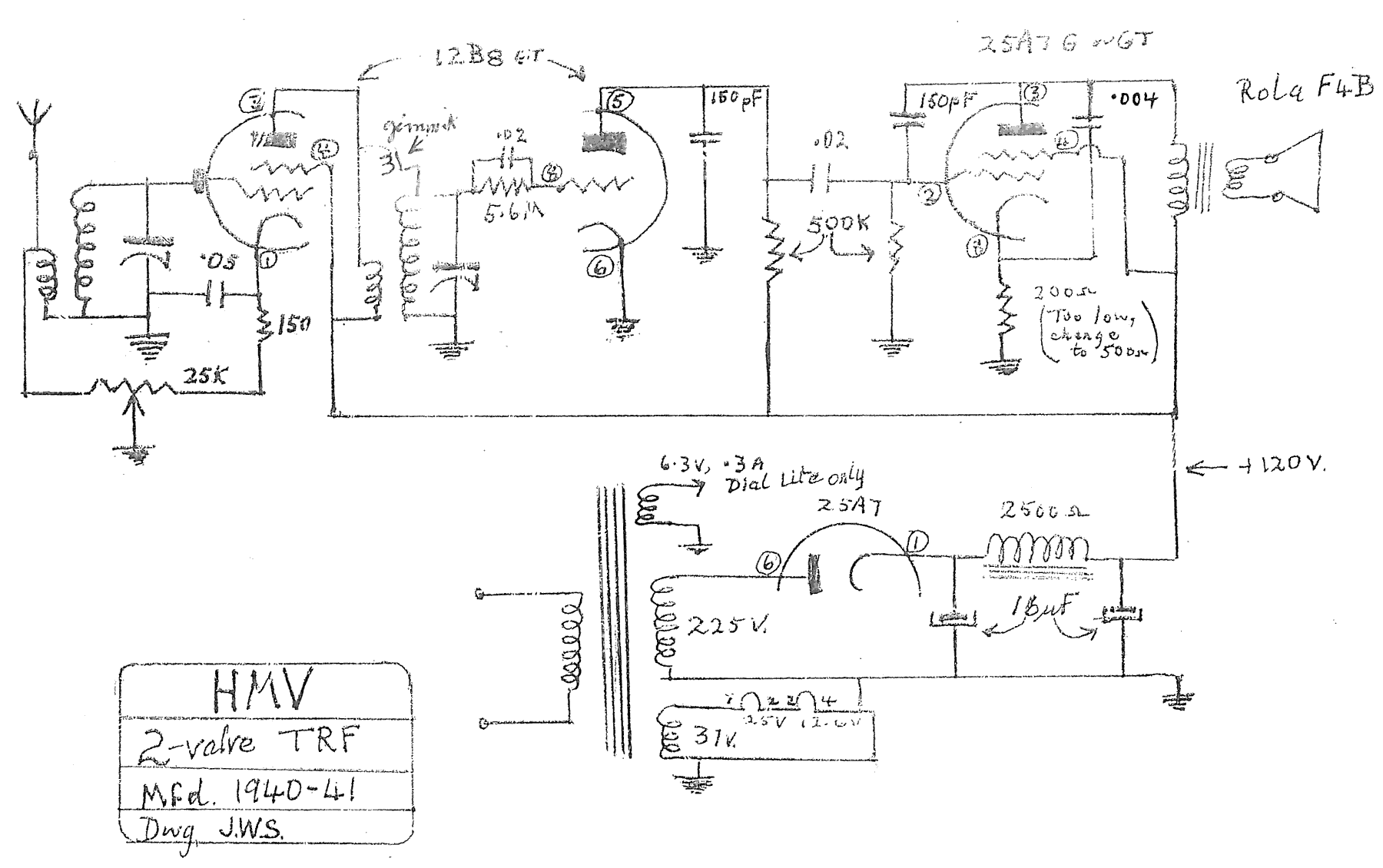 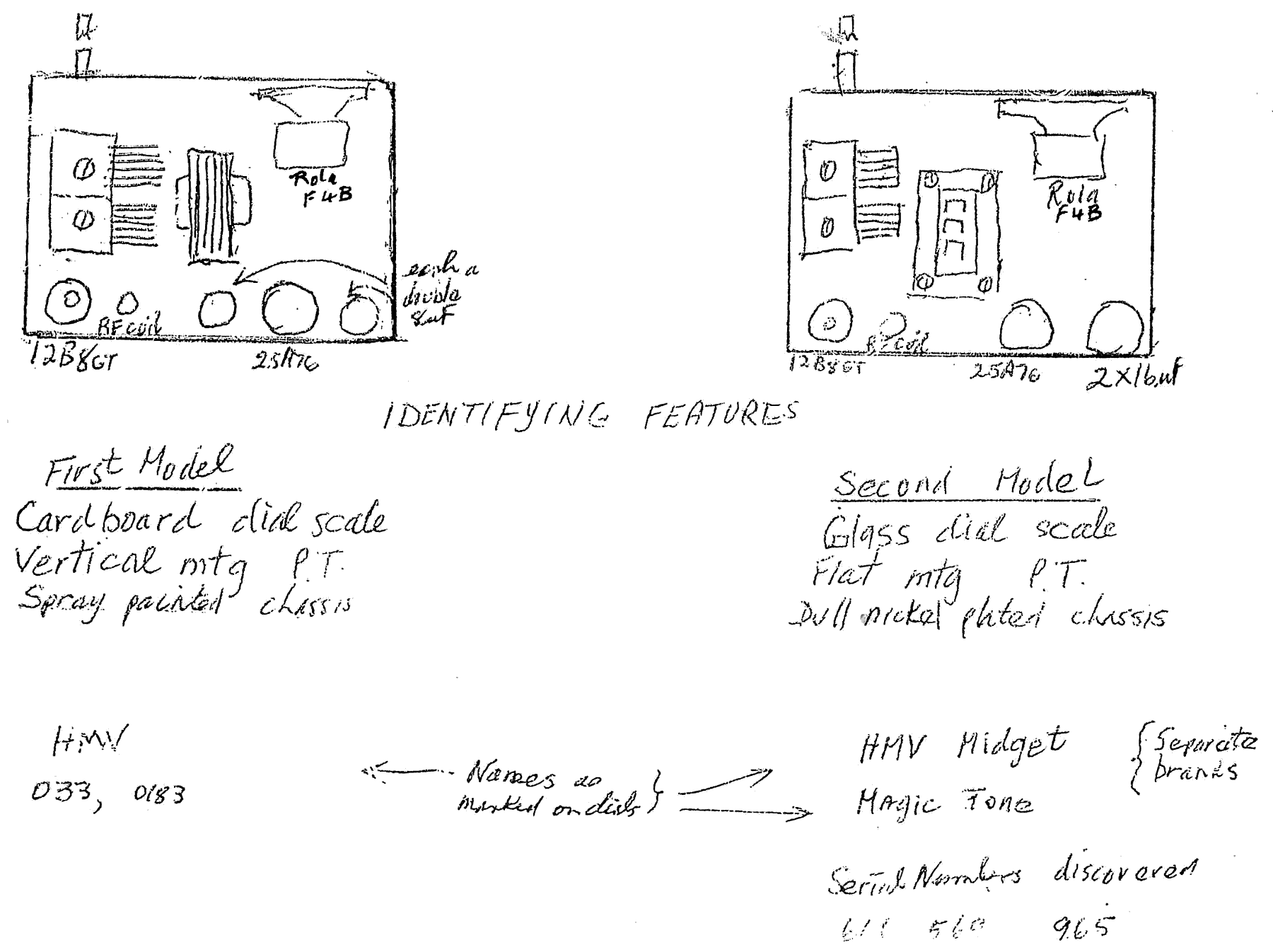 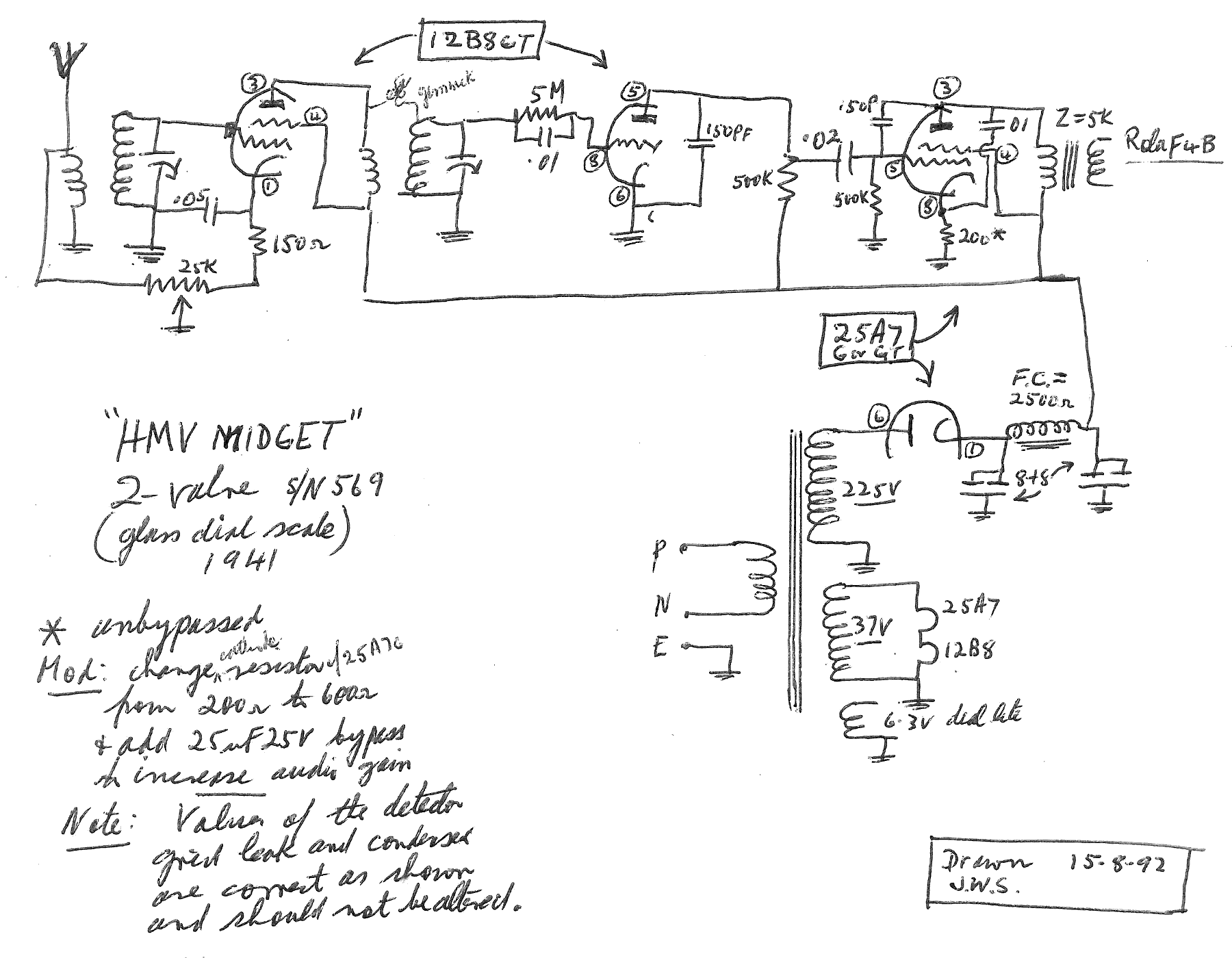