The HMV SB200 was manufactured for His Master's Voice (New Zealand) Ltd by Collier & Beale Ltd in about 1941.

This was HMV's first bandspread radio, designed and built for them by Collier and Beale in Wellington.

The model date was either 1940 or (most likely) 1941, confirmation required.  Advertising appears to have started mid-1941.  Some adverts show a slightly different cabinet and dial layout as per the two below - most likely these are the same electrically though. 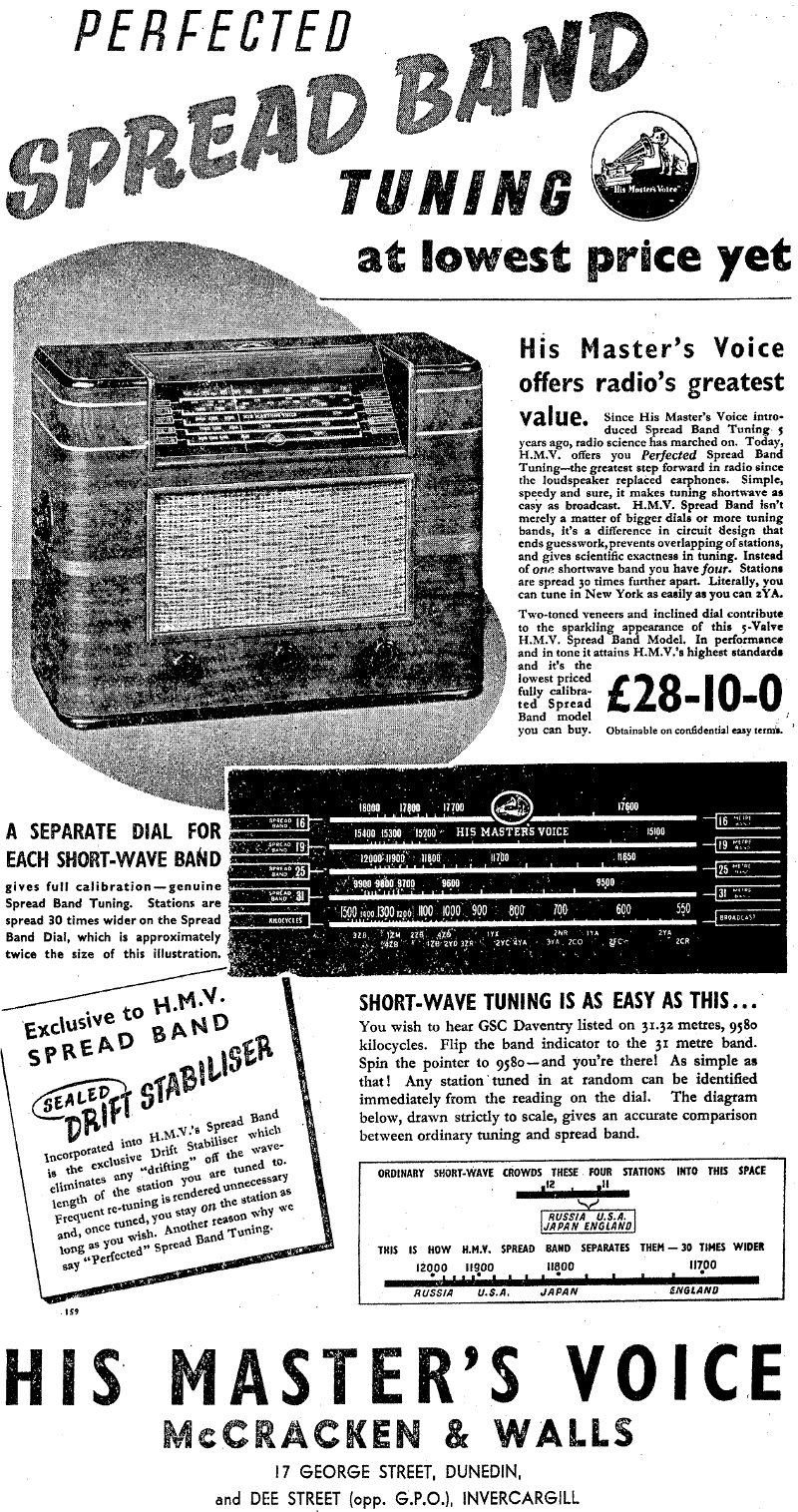