The La Gloria Elf 2 was manufactured by Dominion Radio and Electrical Corporation Ltd in about 1965.

Very similar to the La Gloria Elf and Majestic Herald, this model has a gram input to connect a record player, but appears otherwise to use the same cabinet and similar circuitry (with the same valve lineup) as the other two models.

Note that this model uses a traditional metal chassis, not the printed circuit board of the Elf and Herald, and may actually pre-date those models rather than be an update.

Note, the name is based on the other similar model - no advertising has been sighted for this model, and the actual name is currently unknown. 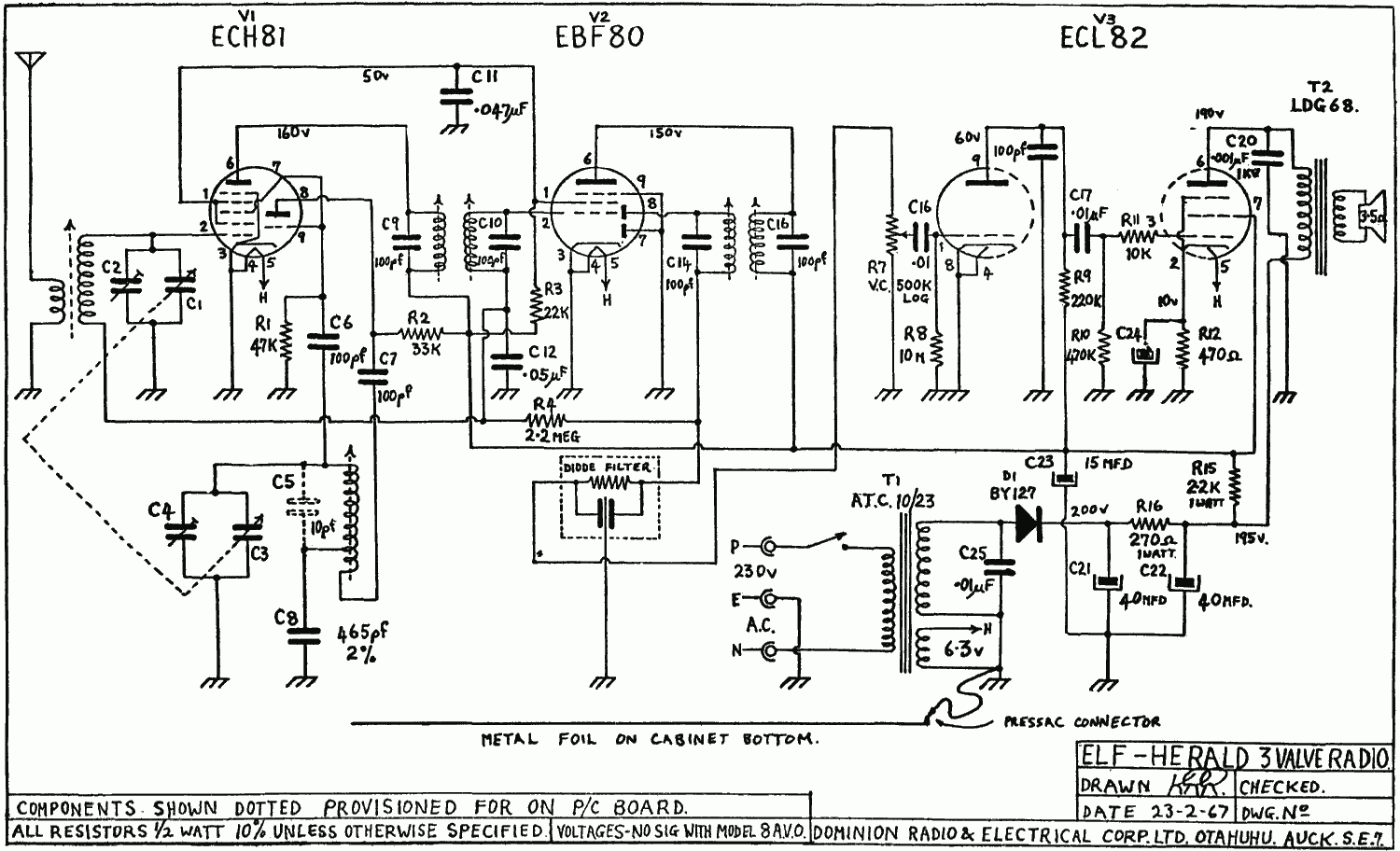