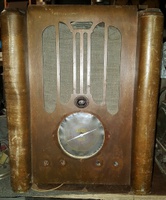 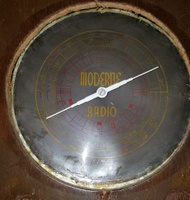 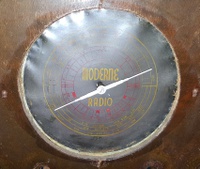 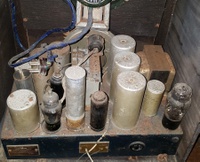 The Moderne 1937 All-Wave was manufactured by The Electric Service Co. Ltd in about 1937.

7 valve + magic eye, 3-band (all-wave) set.  The chassis colour and badges on the rear are identical in manufacture to those used on the Bellbird brand radios by Preston Billings (Radio Construction Co, later seen advertised as the Billings Radio Construction Co. which was also on Willis St at one point.  Insterestingly both brands use components with similarities to W. Marks Ltd, who started in Cornhill St, where Billings also appear to have started.