The Mullard model 402 was manufactured for C. & A. Odlin Ltd by Philips Electrical Industries of N.Z. Ltd in 1952.

Same as a Philips BZ126A

To remove the dial, simply pop the chrome buttons off then it lifts out (or, not realising this you might do as the author did and drill them out from behind, ruining the attachment system 😲) 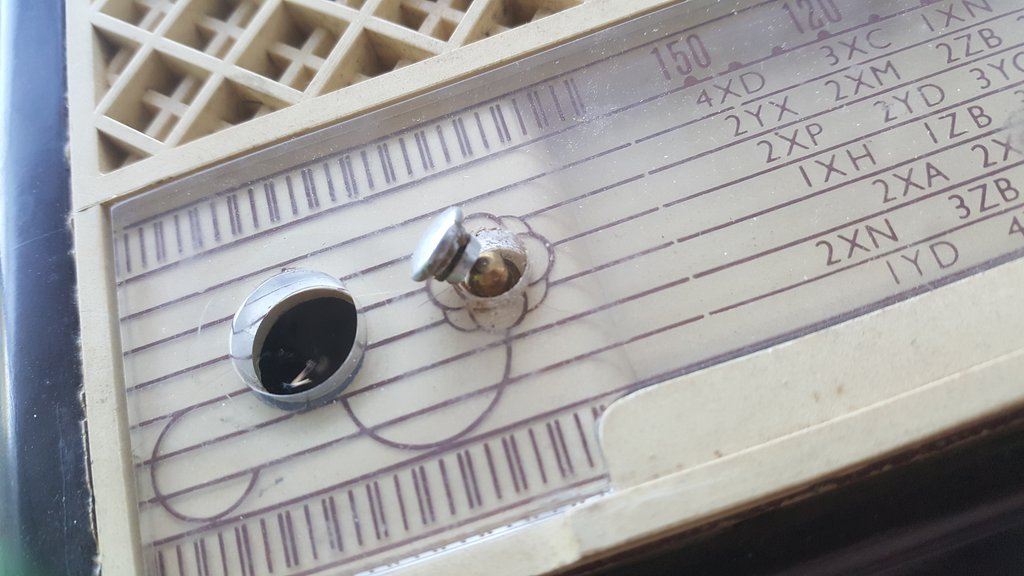 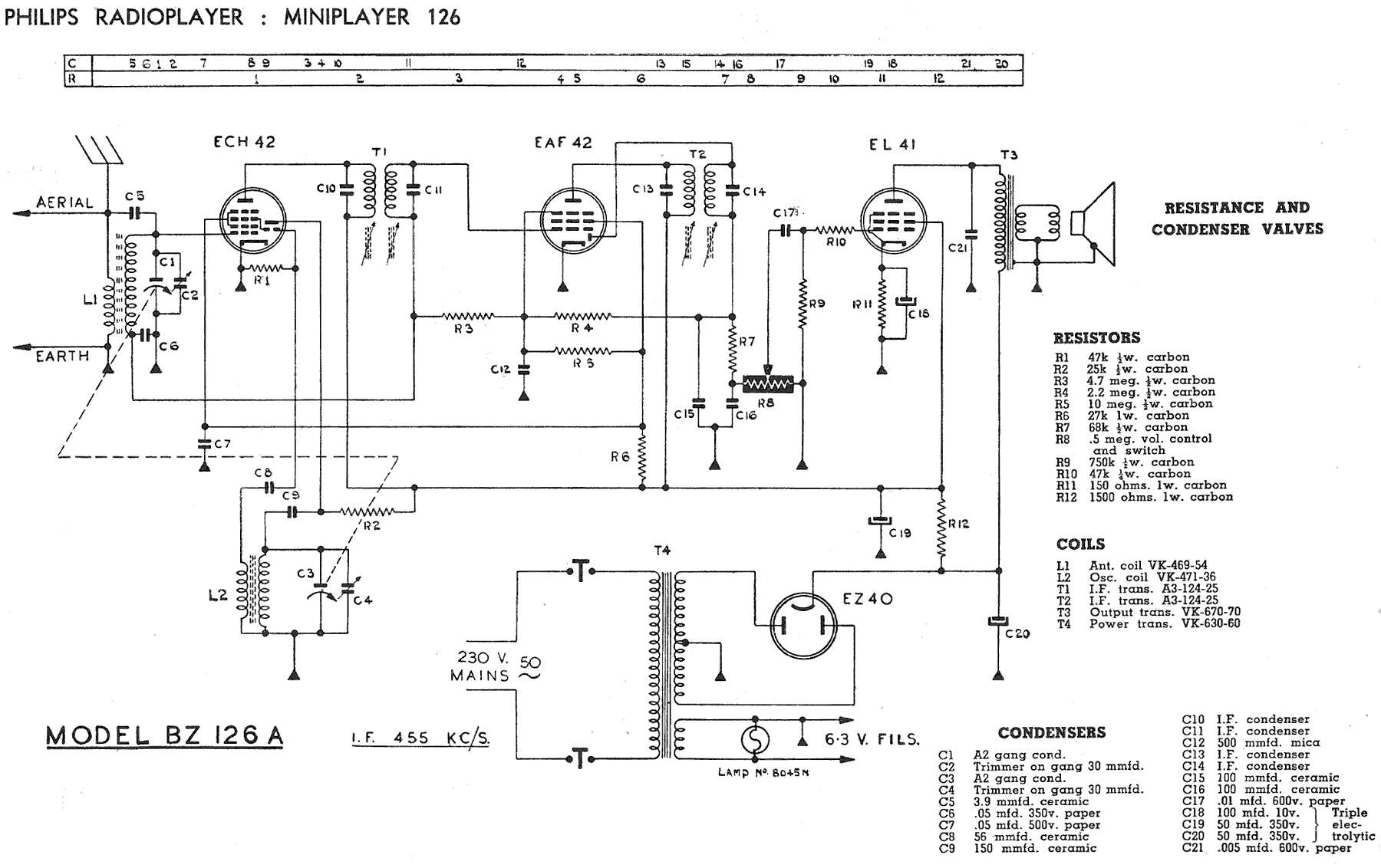 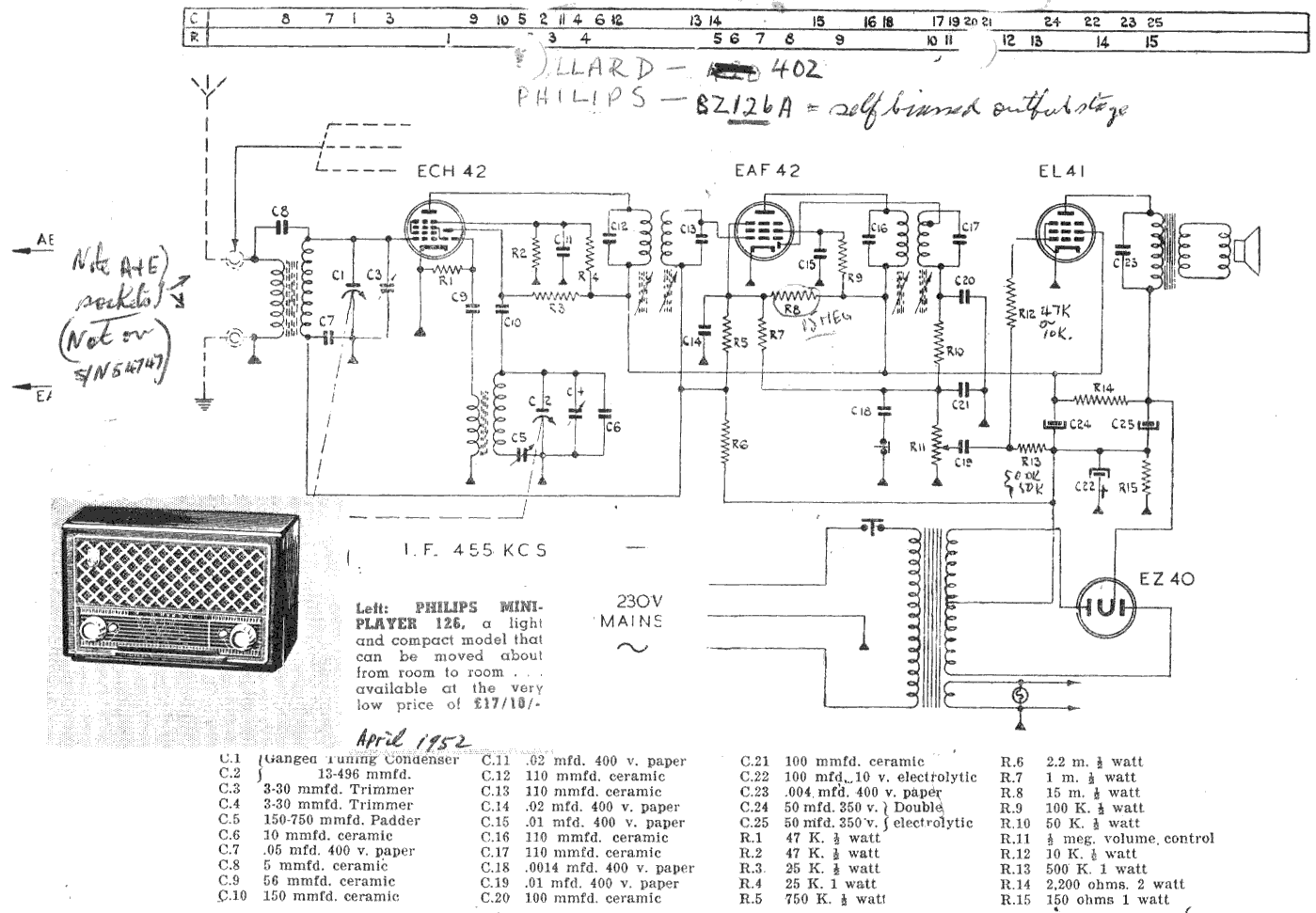 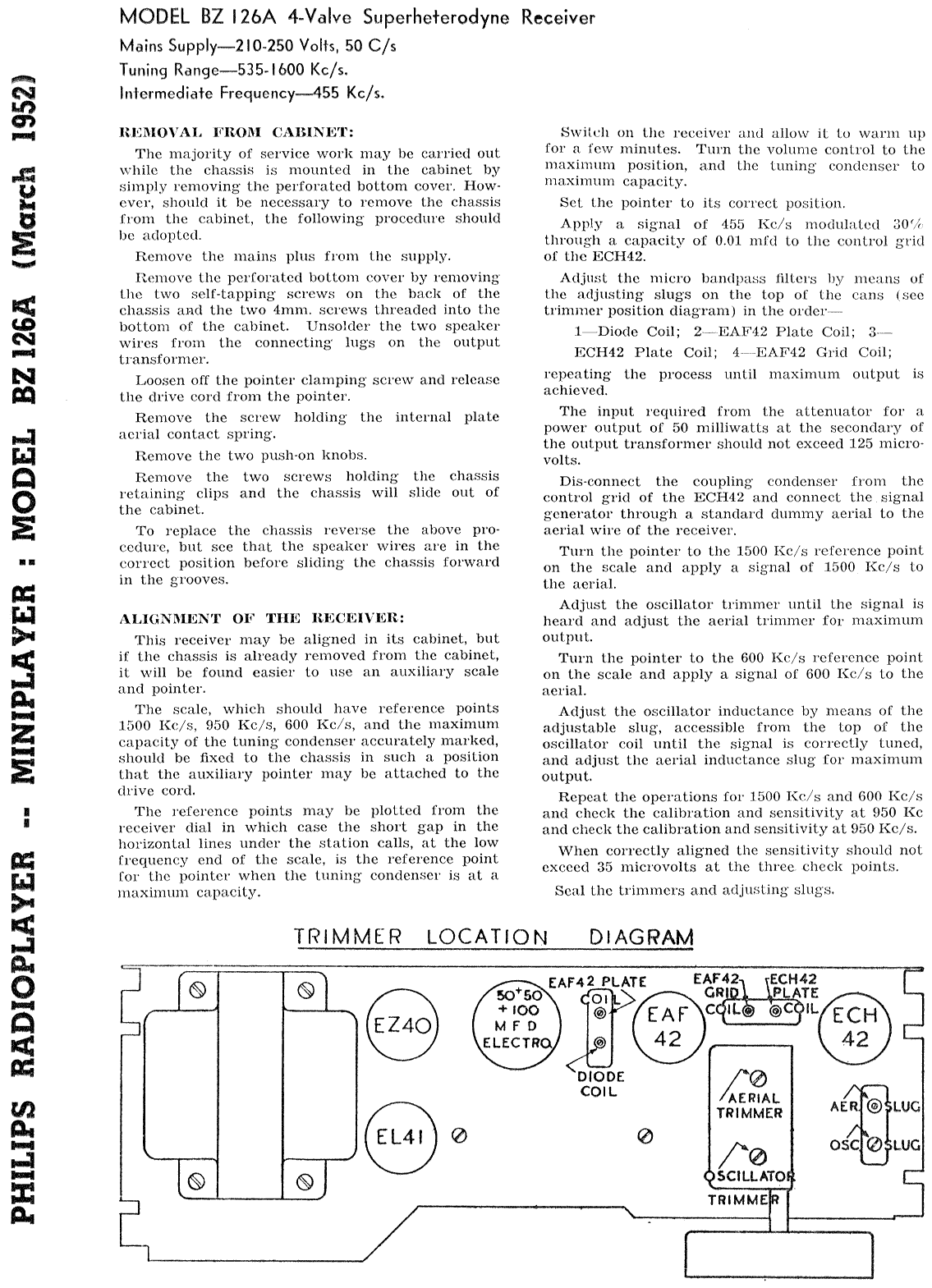 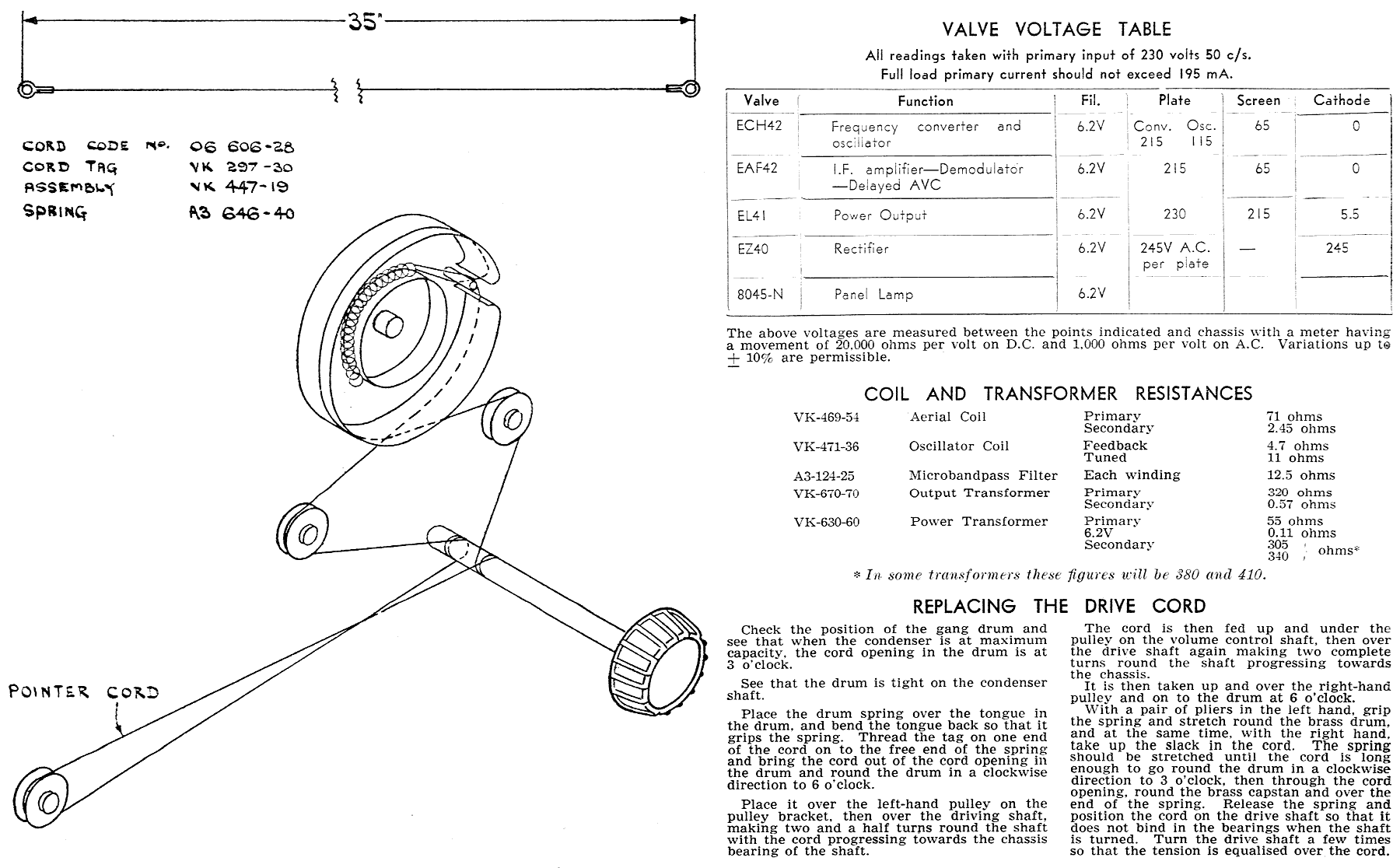