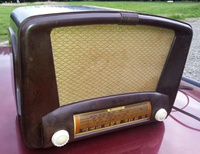 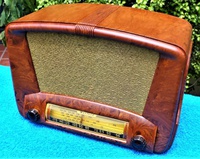 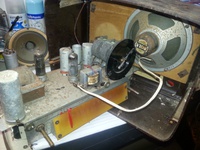 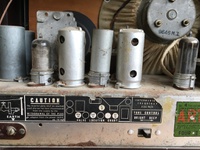 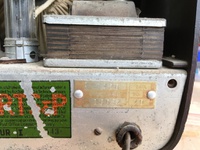 The Mullard model 420 was manufactured for C. & A. Odlin Ltd by Philips Electrical Industries of N.Z. Ltd in about 1950. 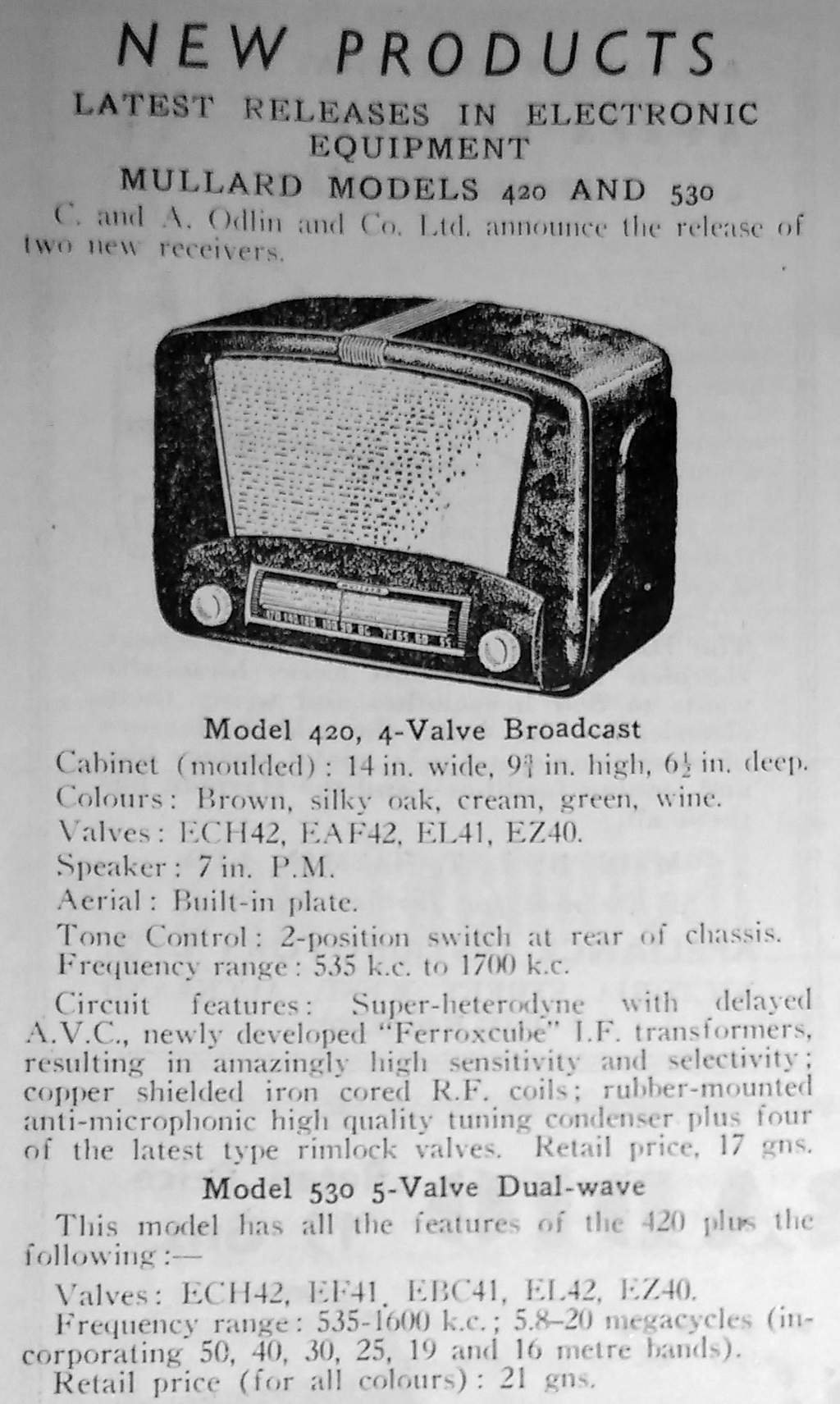 Mullard 420A (and probably Philips 208A) seem to use an AZ41 rectifier, and the transformer has a 4V tap for this.

The 420A also uses a Polar tuning gang instead of the previously used Plessey model.  This also means the aerial and oscillator coils are different to suit.  Dial tracking is apparently unaffected.  See the service note below. 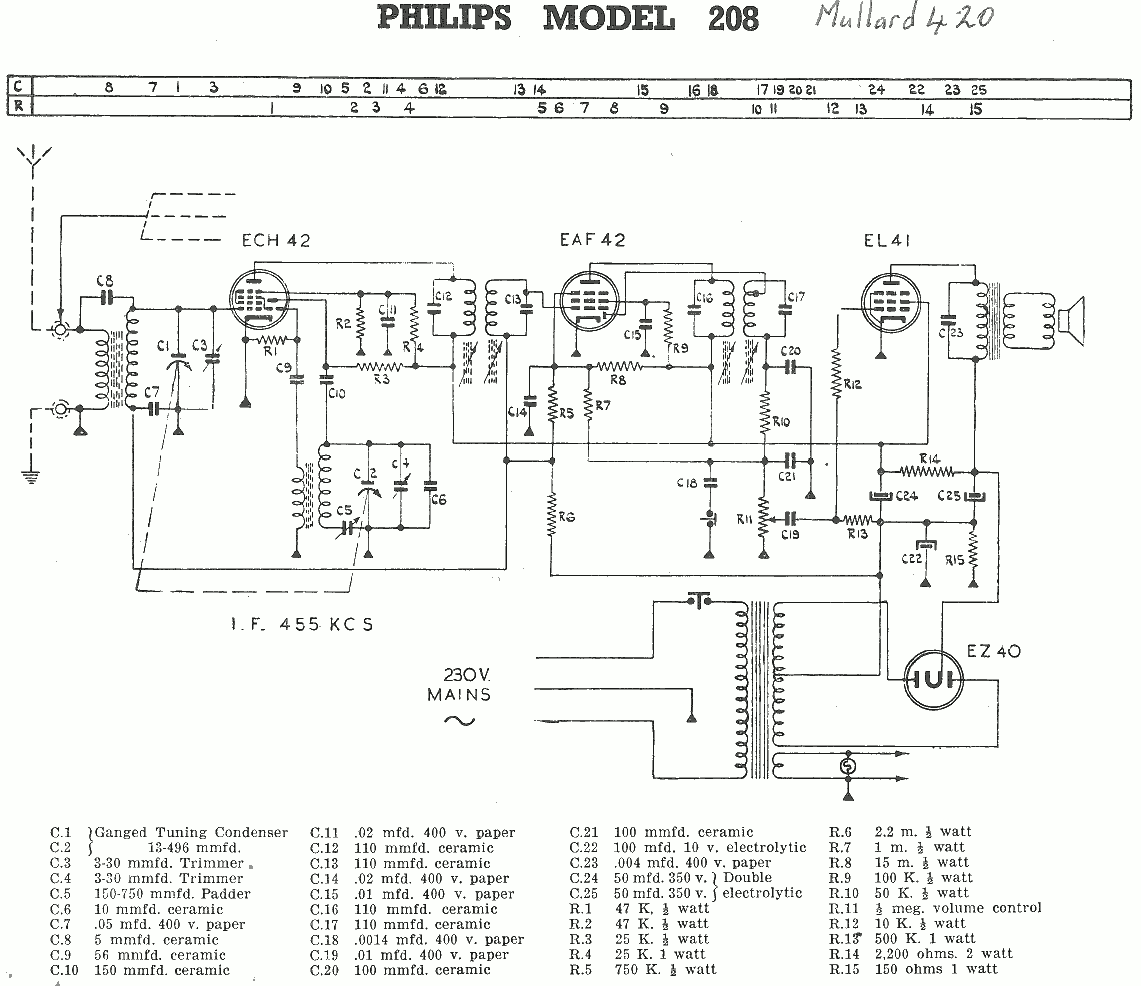 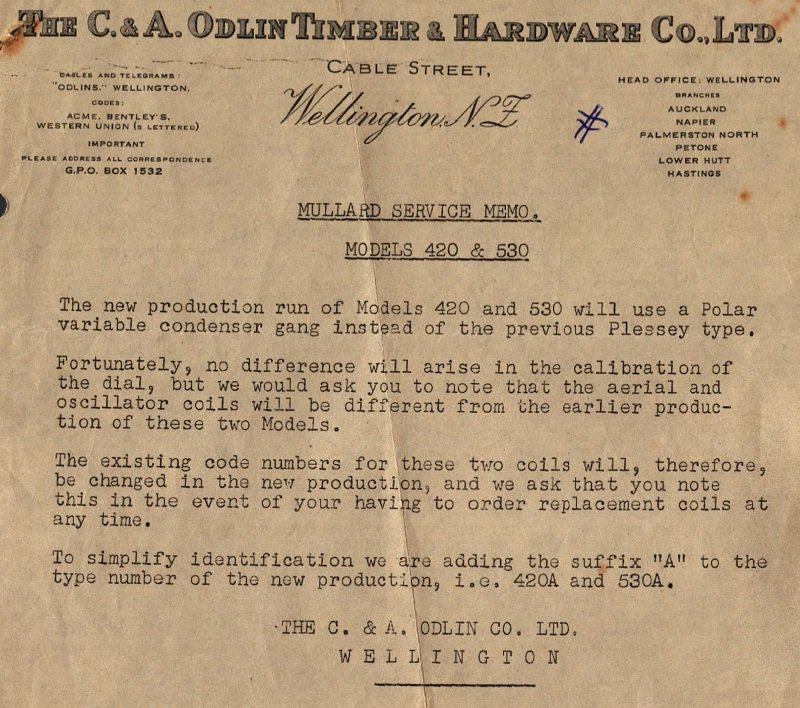 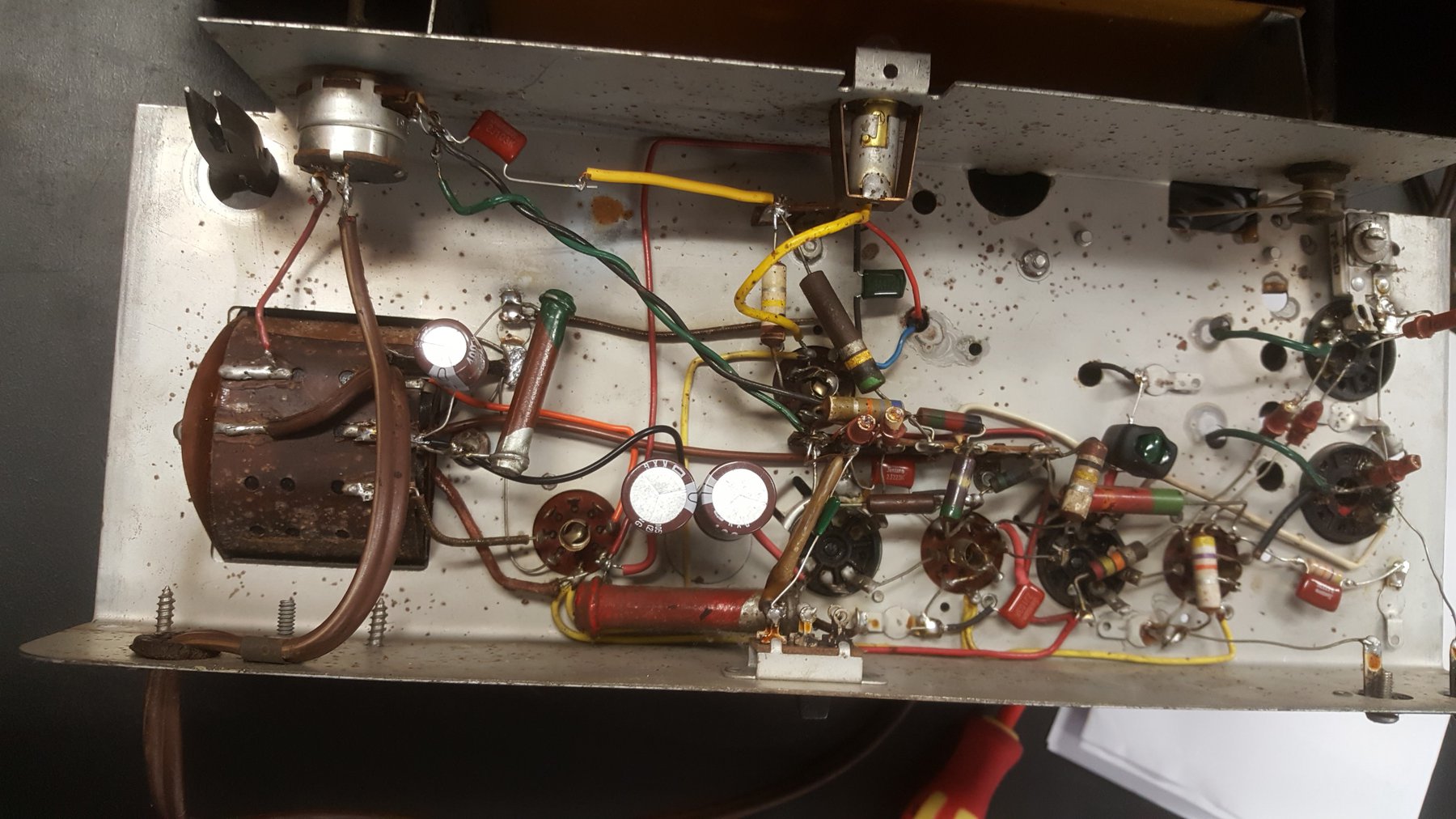