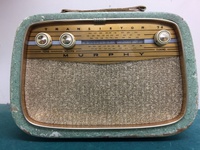 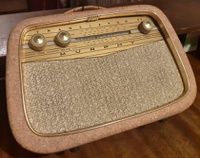 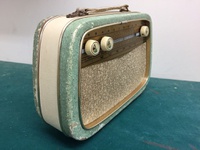 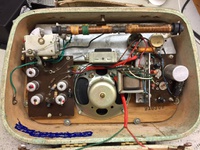 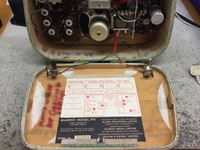 Runs on 6V from 4 x D-cell batteries which are fitted to a tube and clipped into the back cover (note: green is positive, red is negative) 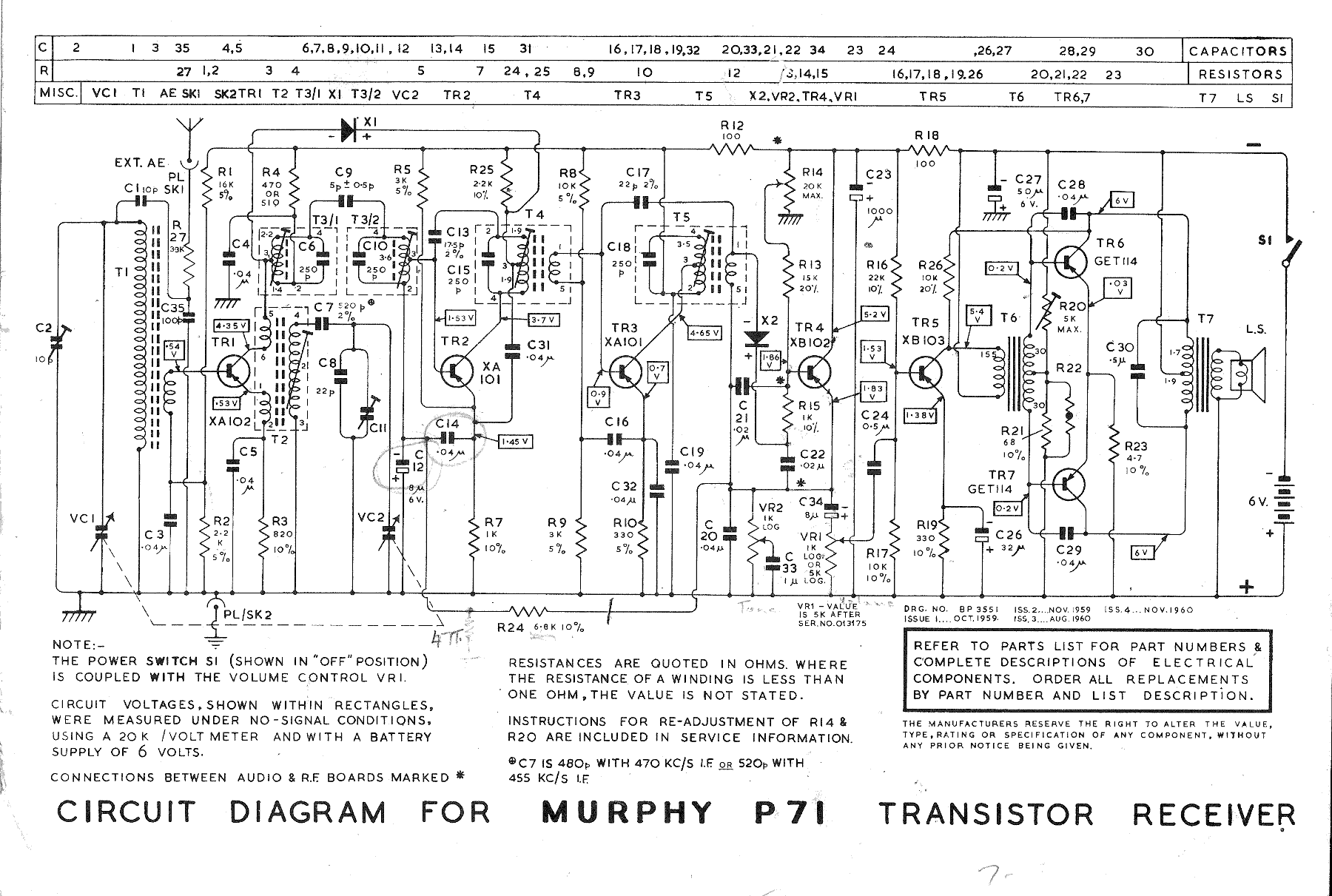