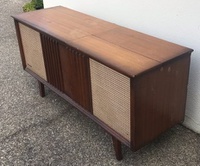 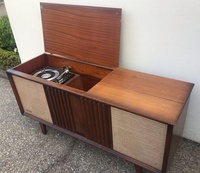 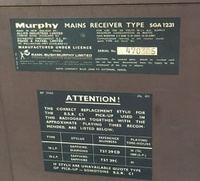 Cabinet designed and built by G. C. Goode in Auckland.

Note: the following schematic image is too detailed to fit neatly on the site, so if you need to be able to zoom in on details then download the PDF above and zoom to your hearts content :)