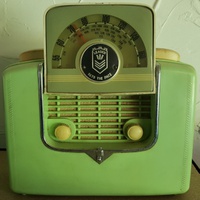 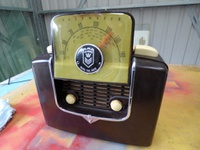 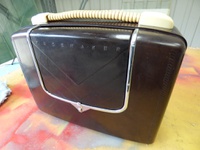 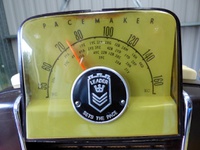 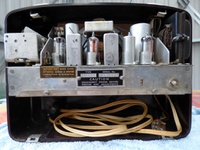 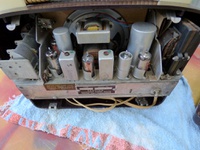 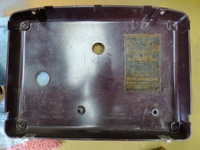 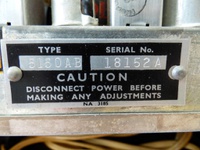 The Pacemaker model 5150AB was manufactured for H. W. Clarke Ltd by Collier & Beale Ltd in 1950, it was in production for 3 years. It's part of the Pacemaker Leader series.

Note, there is a loop antenna mounted behind the dial in this model - in subsequent models it ran around the inside of the front half of the case.

Based on an American model by Zenith - the "Tip Top Holiday" model 4G903: 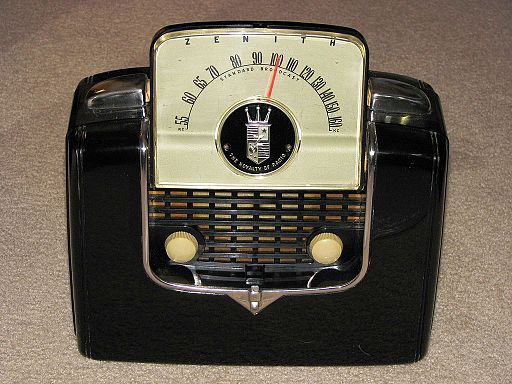 And also sold in Australia as the Technico Pacemaker model 1259 or TO.8: 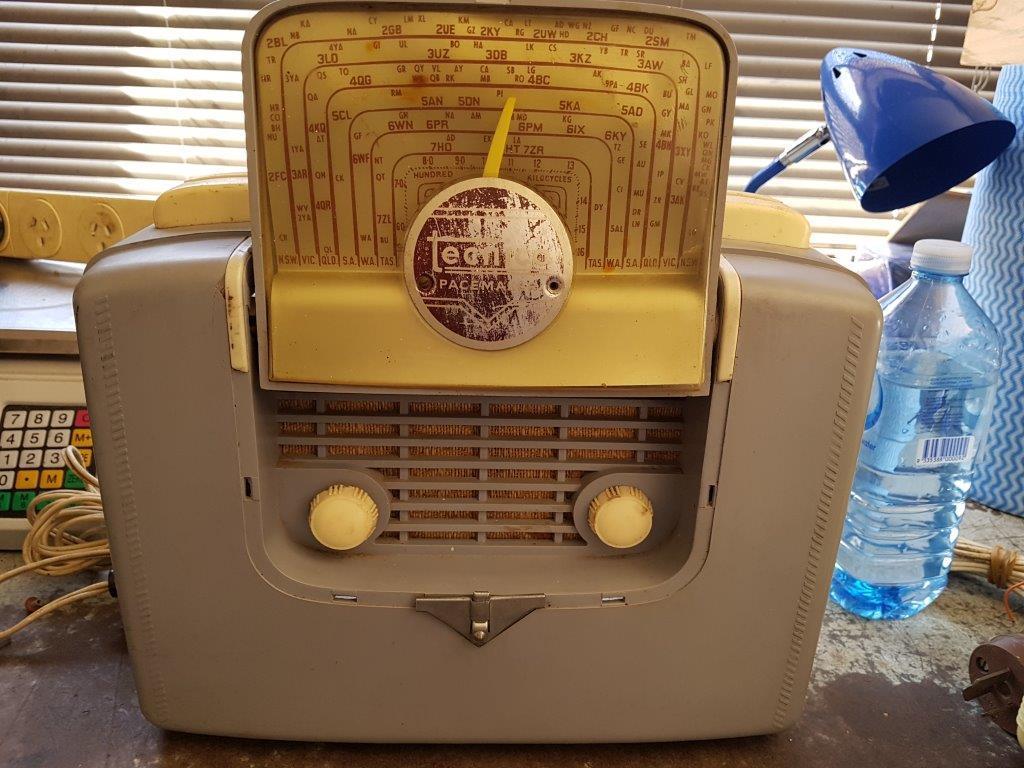 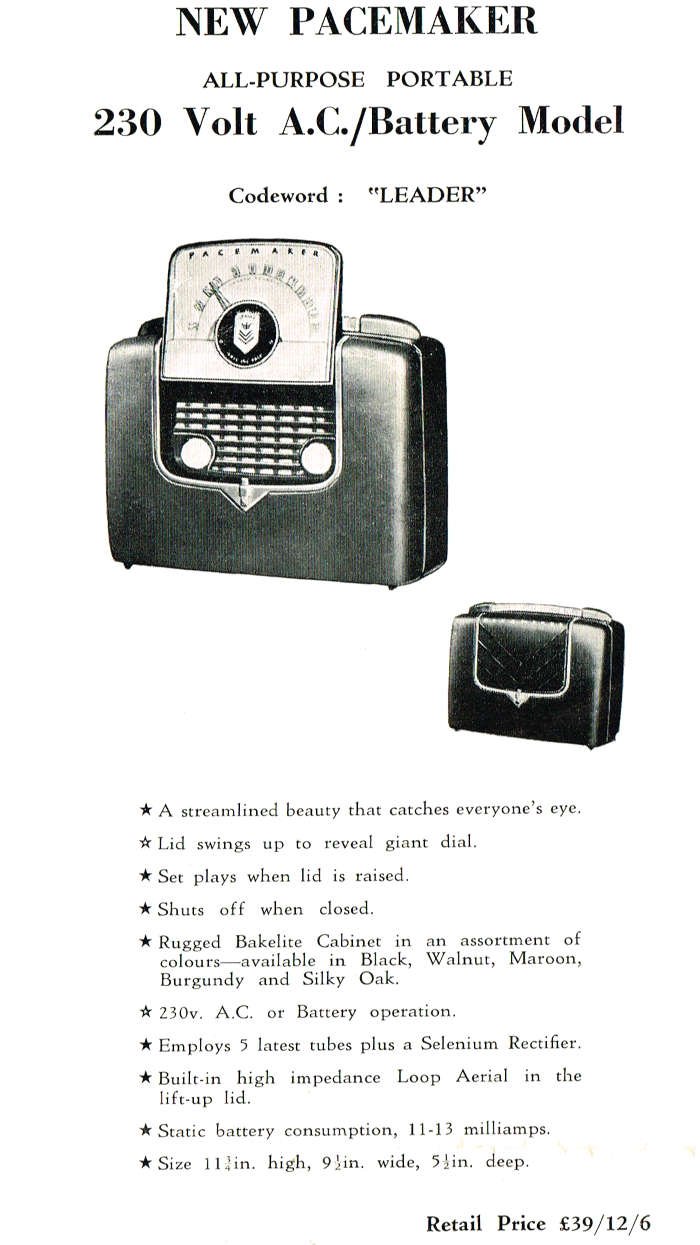 The Pacemaker model 5150AB is part of the 'Pacemaker Leader' series. 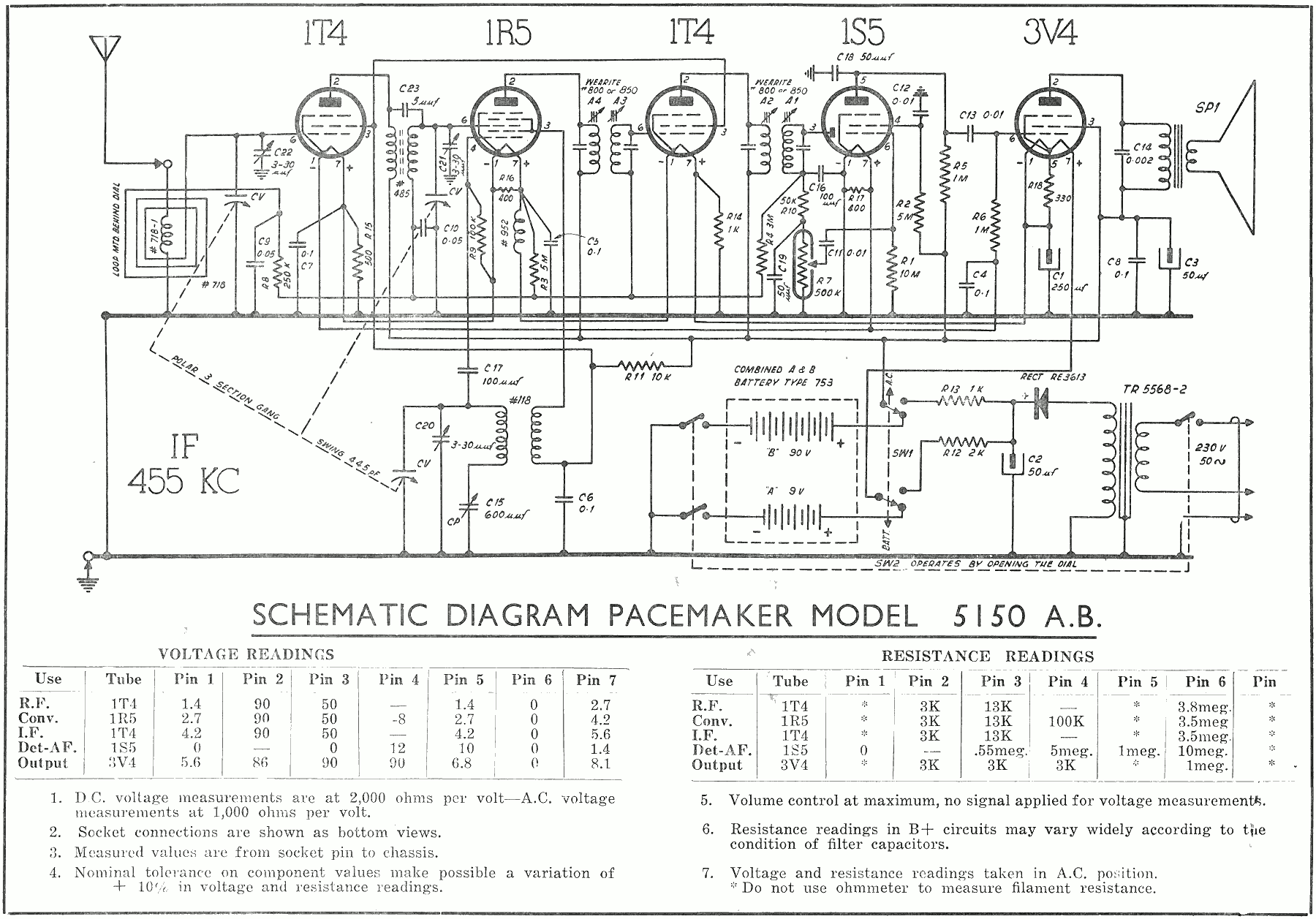 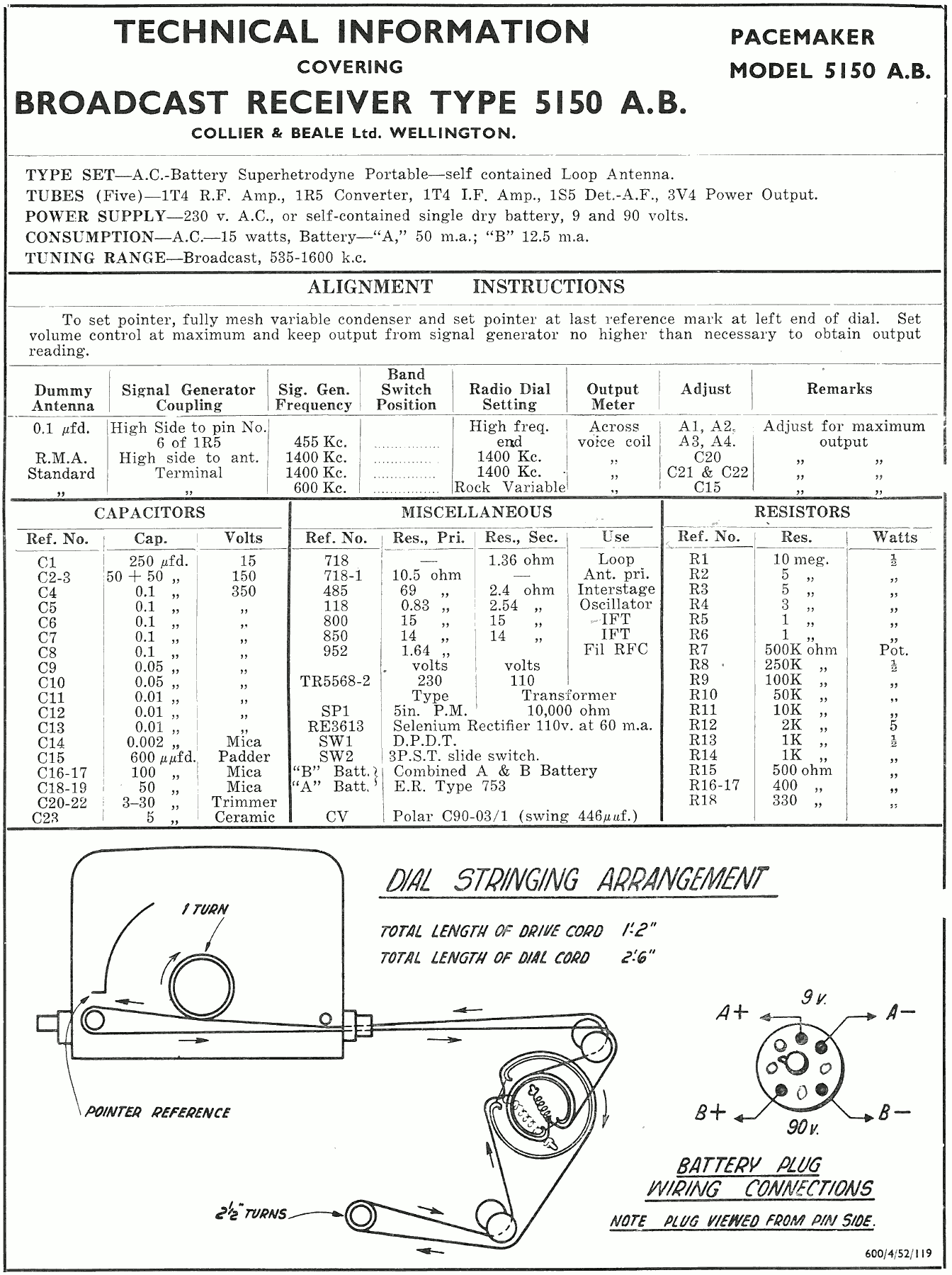