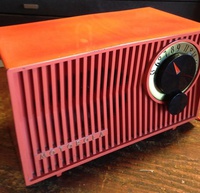 The Pacemaker Petite is a 5-valve broadcast-band mantle receiver using unusual 'new' construction techniques including a bakelite 'chassis' that was wired in one run using tinned copper wire, with the unwanted sections snipped out once done, and half-wave rectified mains supplying the HT and a small mains transformer providing the 6.3V filament voltage.  The chassis also has posts and bridges moulded in to aid in the routing of wires in such a way that they don't short.

The red model above is a Motorola from the US of A - virtually the same cabinet, although very different design. 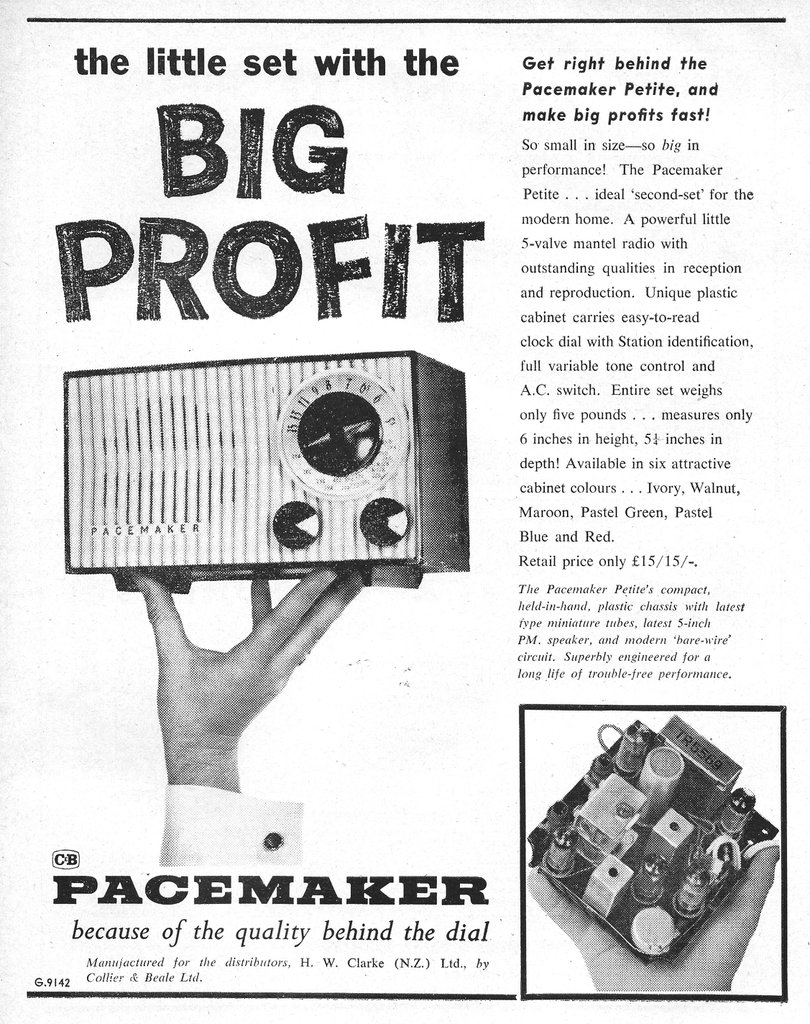 Originally coloured plastic cabinets were produced (Ivory, Walnut, Maroon, Pastel Green, Pastel Blue, Red), although these cracked with heat and so later versions used painted black or brown bakelite with heat shields inside the top of the cabinet.

The set had a cardboard back containing all the local radio stations and their frequencies - this was apparently because consumers were upset about a dial which did not have their favourite radio station call sign on it.

A run of 5000 sets was produced to reduce costs - especially the tooling cost of the cabinet (1000 - 2000 was typical at the time, so this was huge for our small market).

The cabinet was also used by Motorola in the USA for one of their models.

Much of this information comes from articles in NZVRS bulletins by Ian Sangster and Bob Blythe (one of the originators of the set at Collier & Beale). 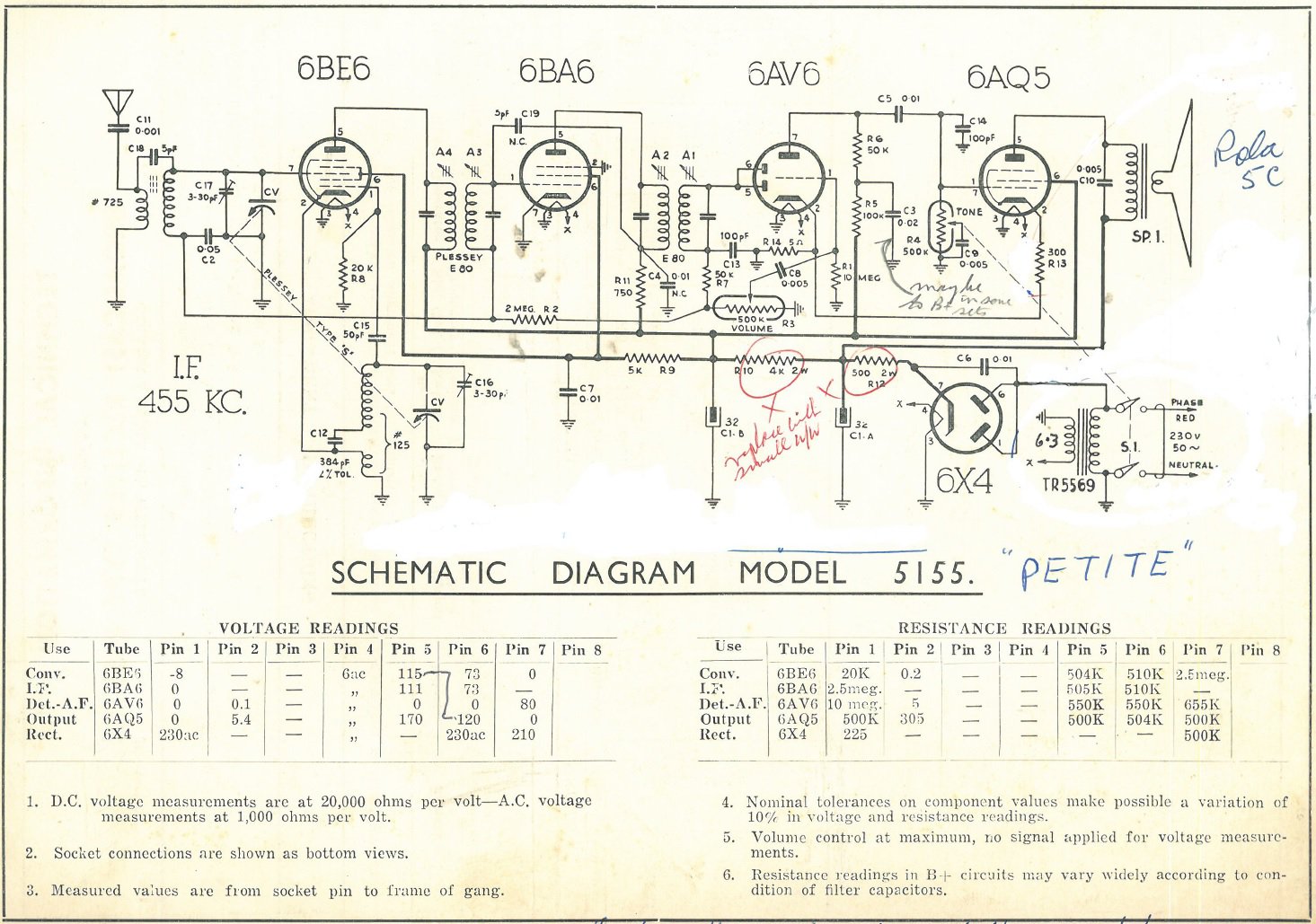 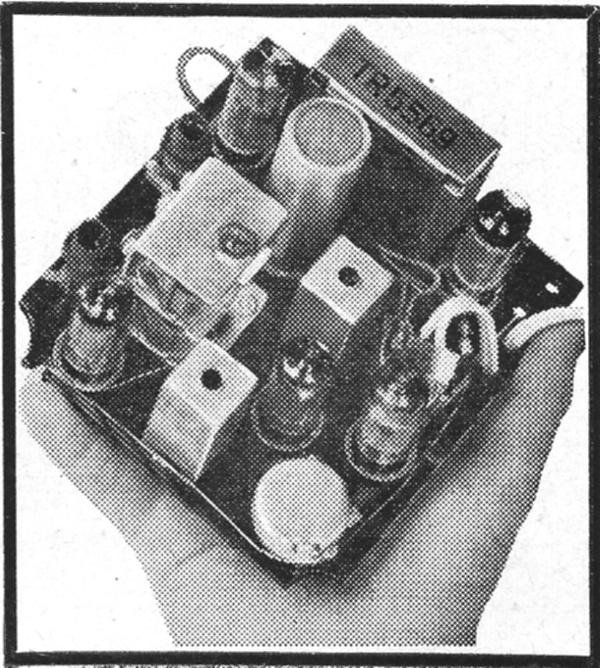