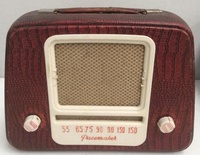 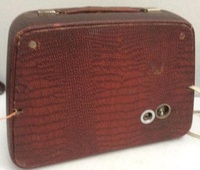 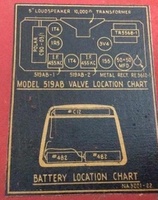 The Pacemaker model 519AB was manufactured for H. W. Clarke Ltd by Collier & Beale Ltd in 1949.

Cabinets were leatherette / rexine covered, and available in multiple colours. 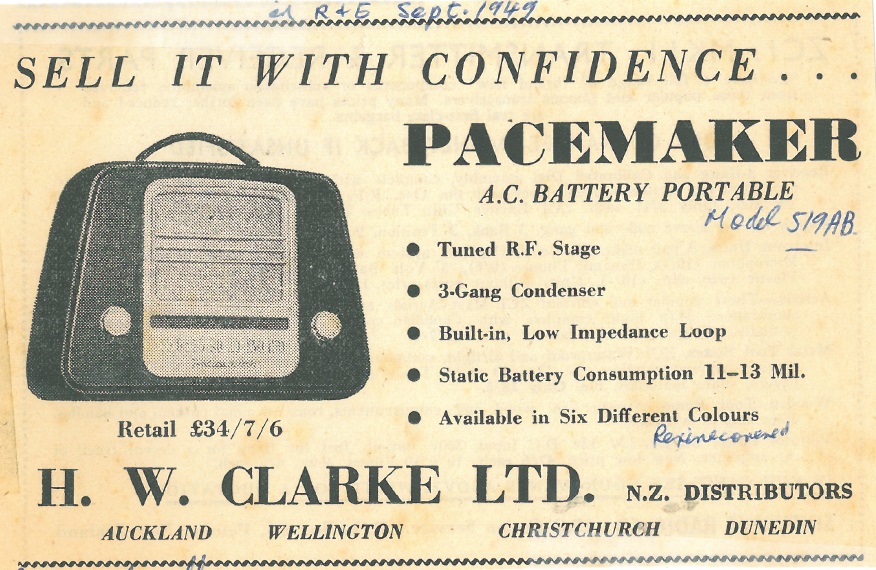 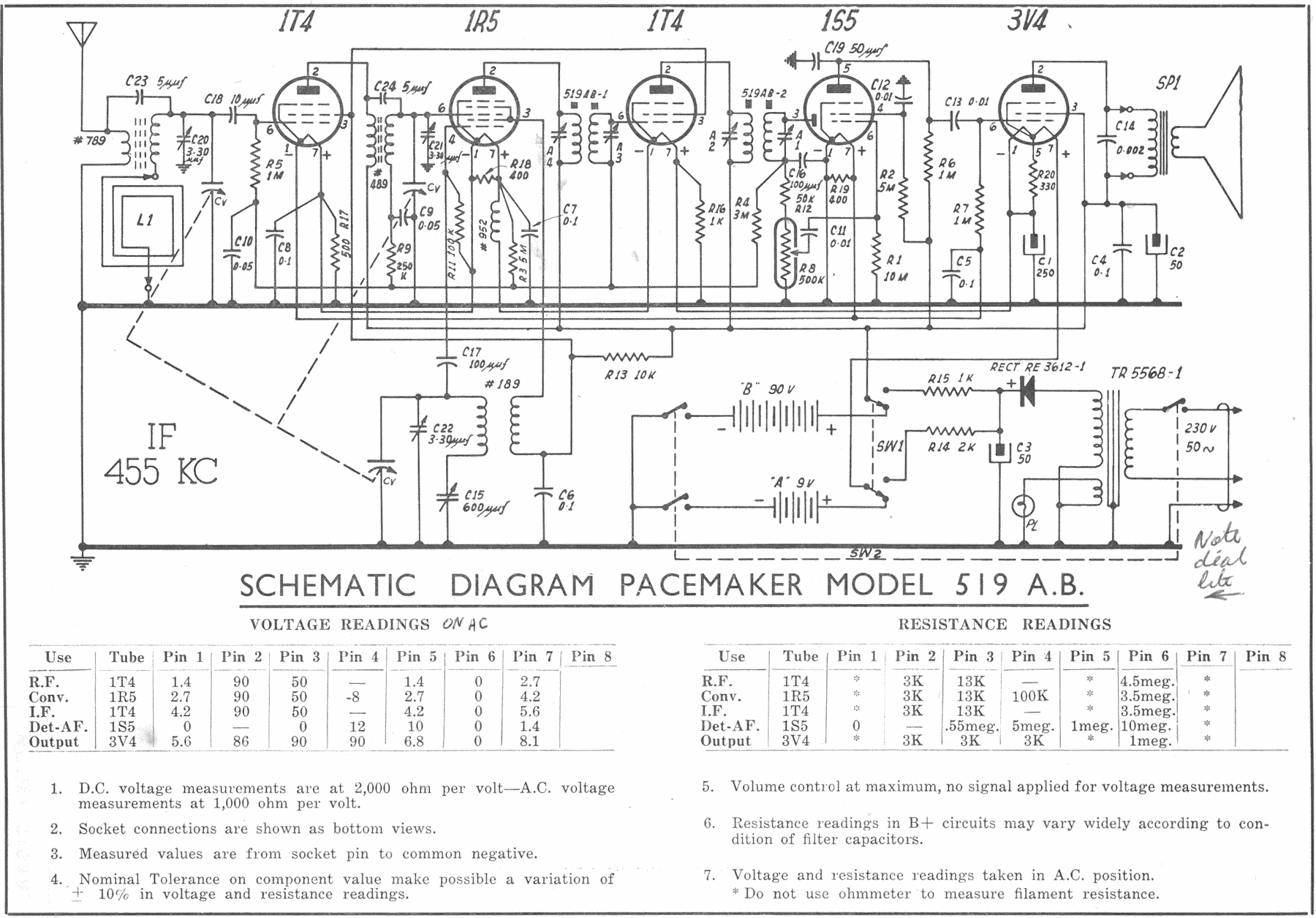 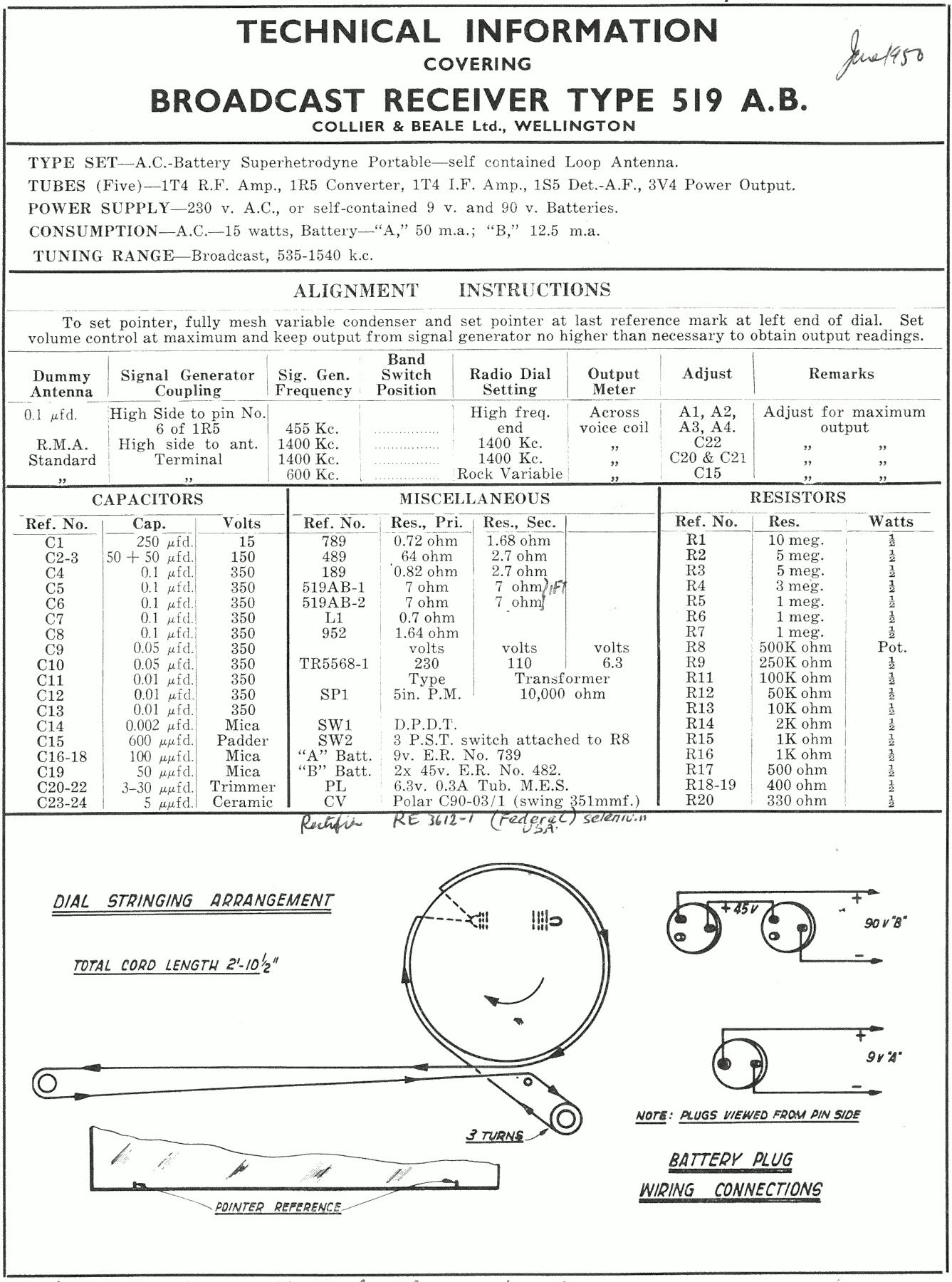