Note: Replaced by the 618P which was almost identical to this model.  Differences include twin strips of grooves (instead of a single strip) on the cabinet and different dial artwork. 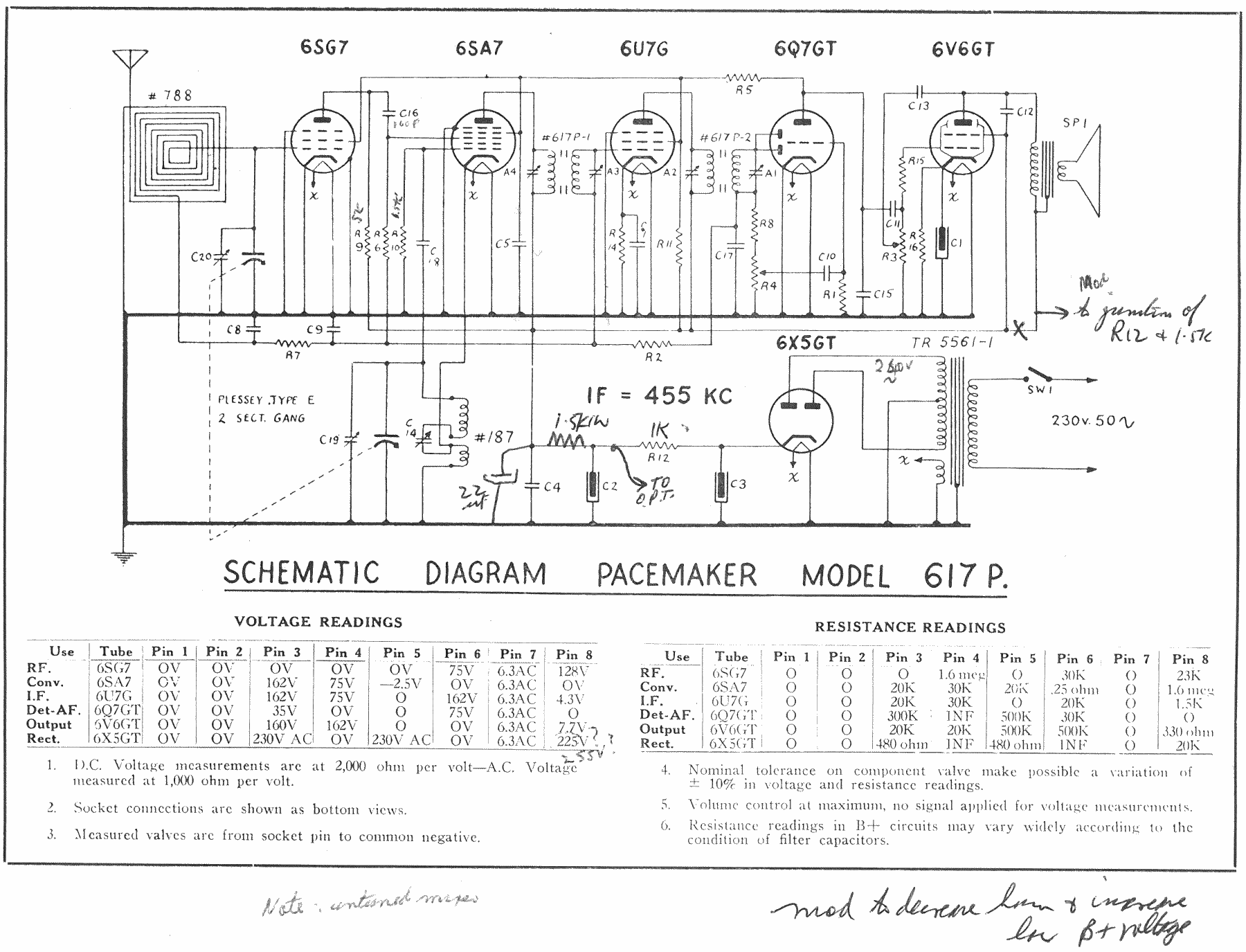 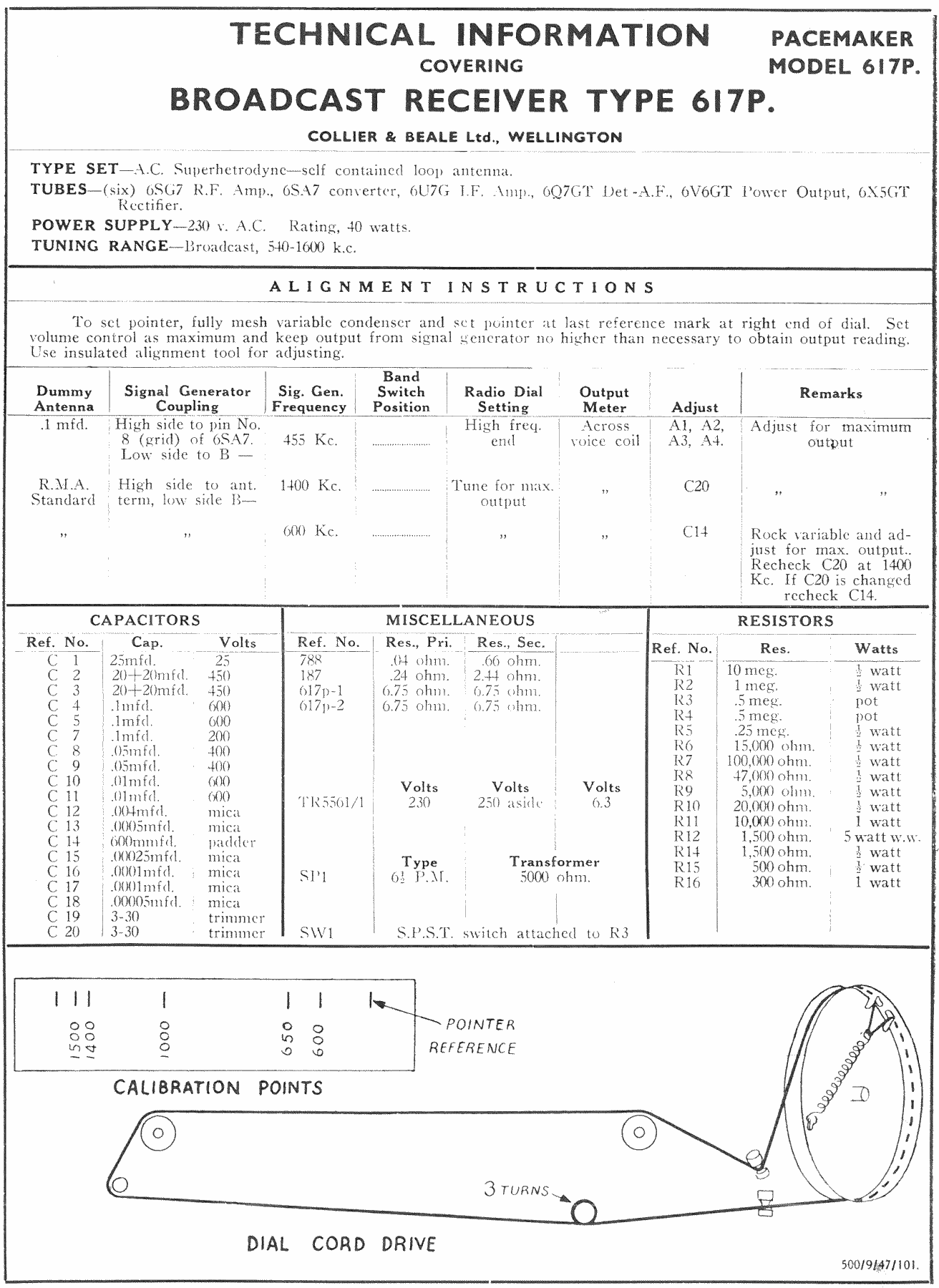