Note the brass backing plate behind the Pacemaker logo and the hinged back cover - these details were dropped on subsequent models.

The brass nameplate on the front has TRANSISTOR 8, however the inner transistor layout label has TRANS-PORTABLE on it, which is also the model code on the service information - howerver for searchable reasons the model is refered to by the labeling on the front and the commonly known 'Transportable' name for this series of radios.

The first radio (in the world?) to have an RF stage - possibly an unnecesary feature for a broadcast band transistor radio, but still an interesting historical artifact. 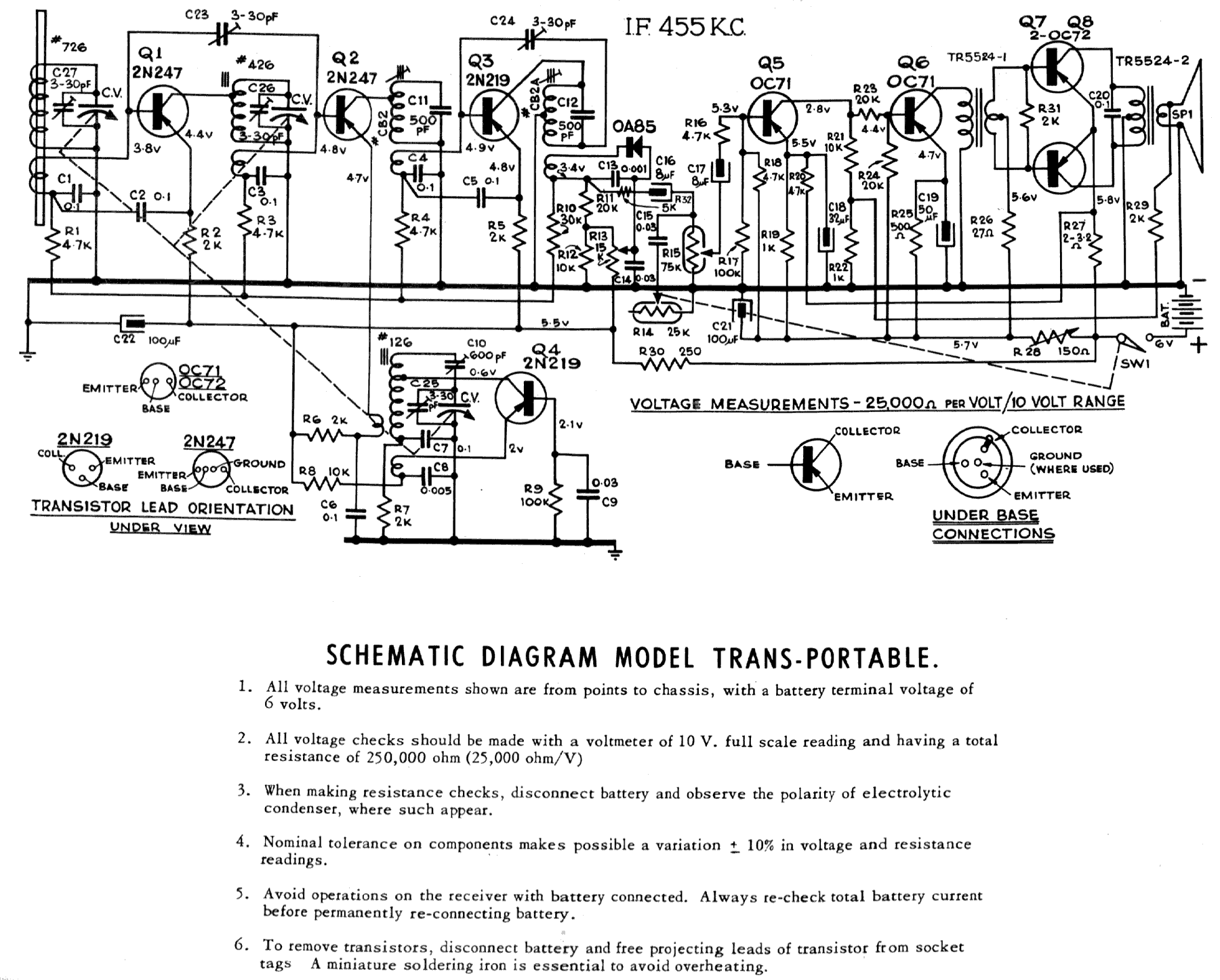 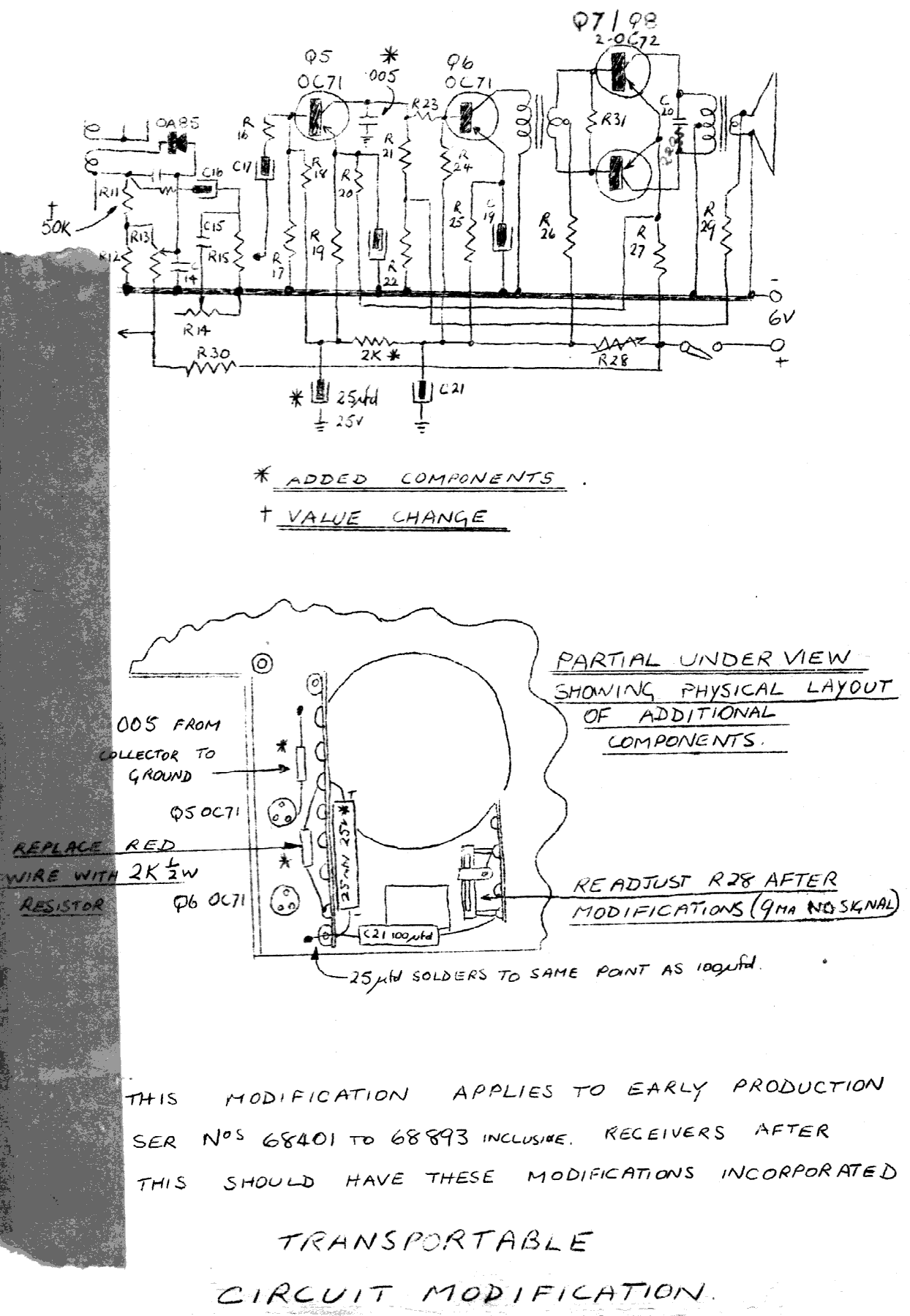 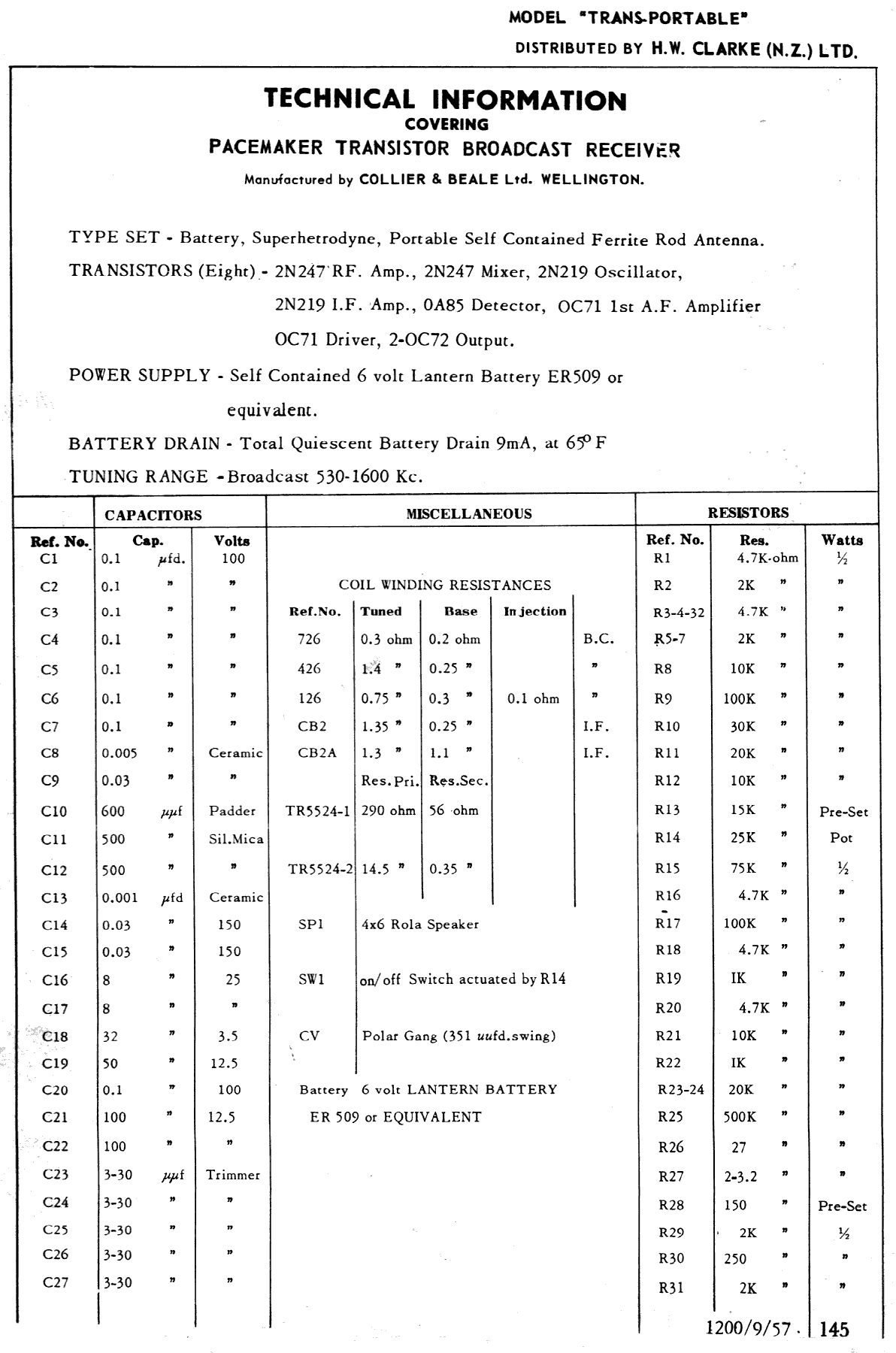 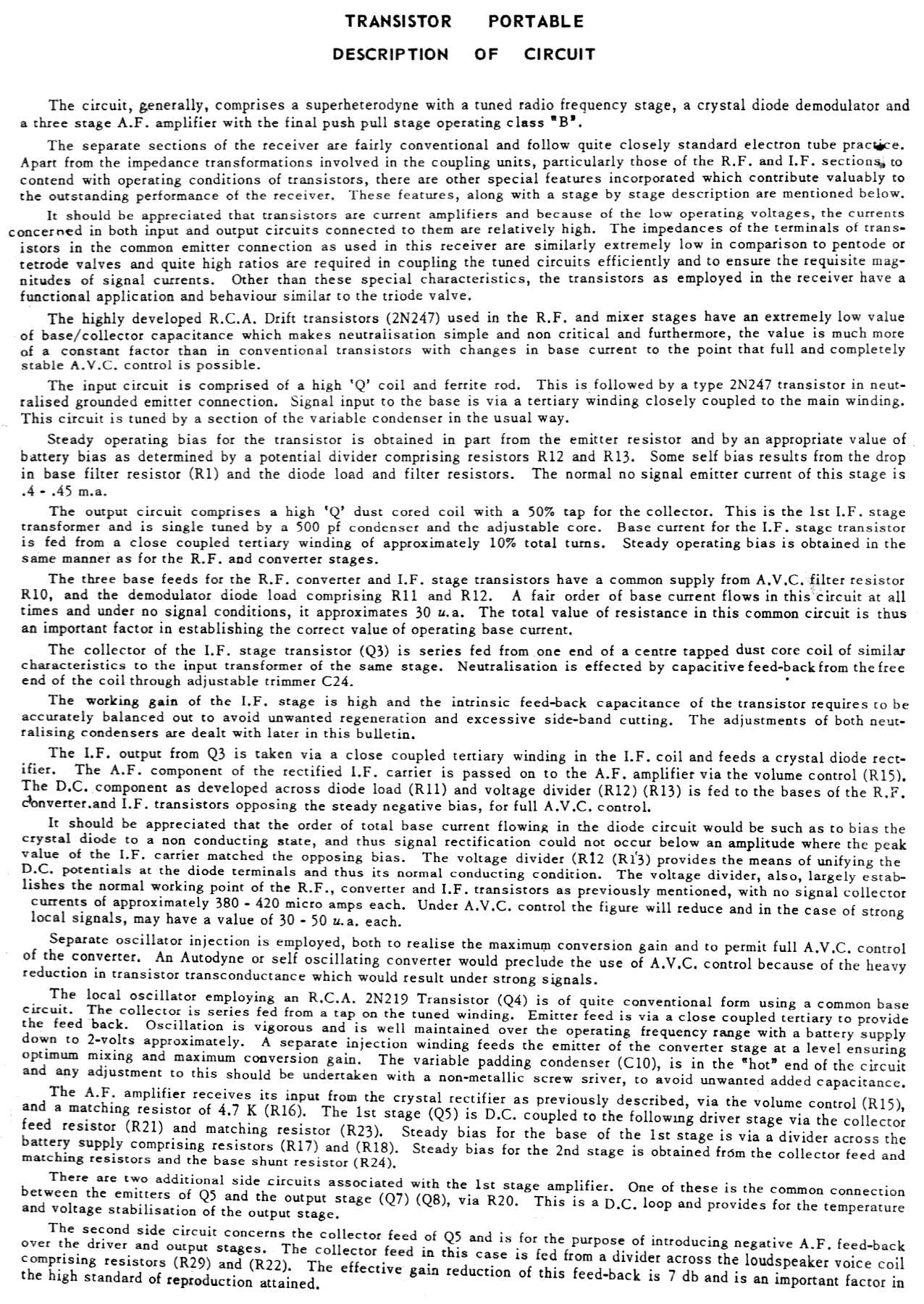 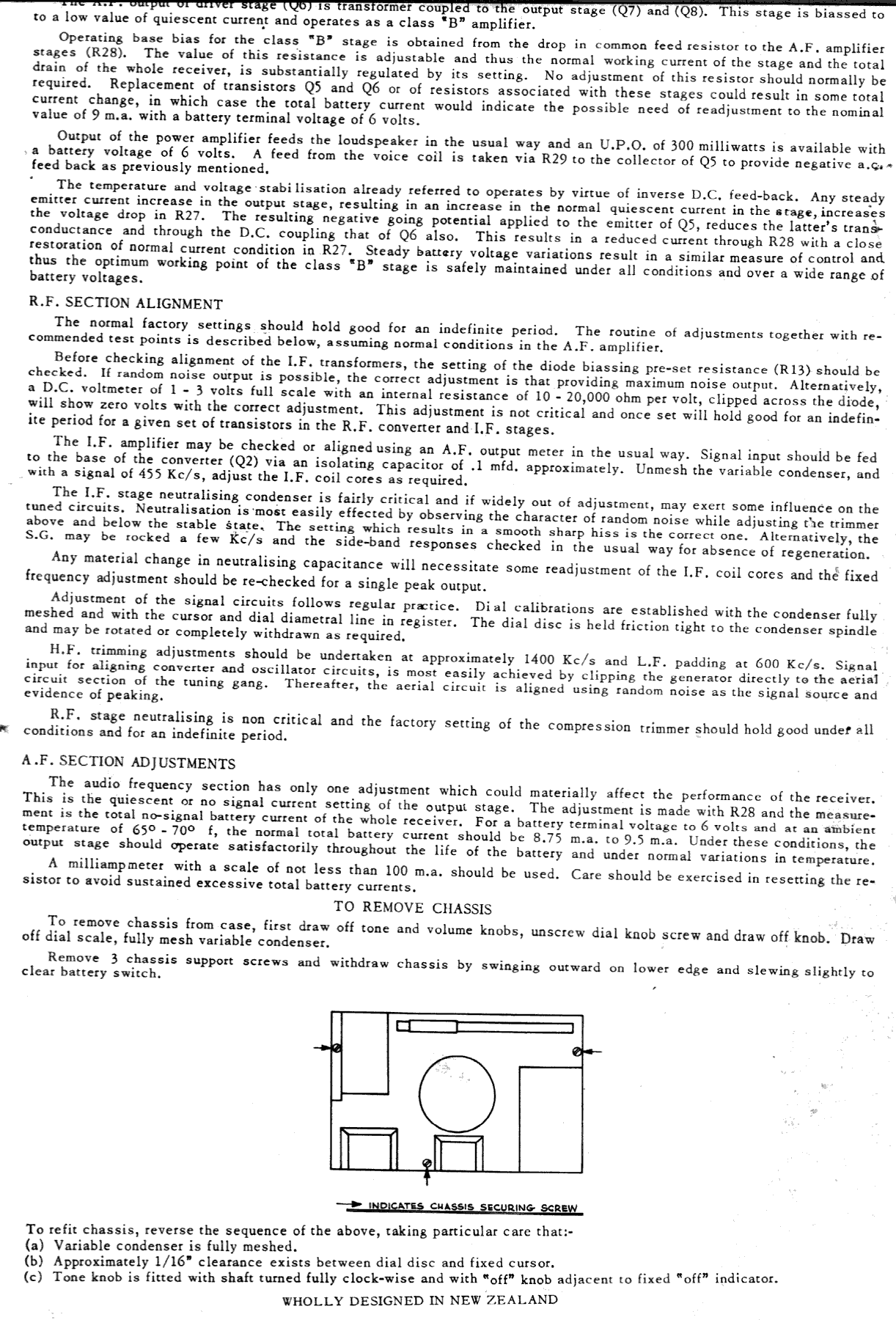