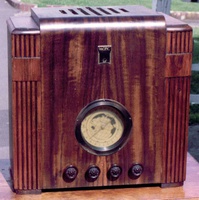 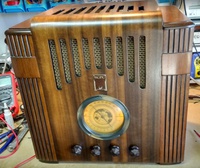 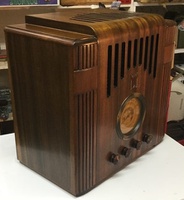 The Pacific Carmen was manufactured for Pacific Radio Co. by Radio Corporation of New Zealand Ltd in 1935. It's part of the 1935 Pacific series of radios.

A version of this cabinet has been sighted with only grill slots in the top of the cabinet (shown above).

A simpler variant of this cabinet style was used some time later in the model 15.

The Pacific Carmen is part of the 1935 Pacific series of radios.