The Pacific (Post-WWII) model 1059 was manufactured for G. A. Wooller & Co. Ltd by Akrad Radio Corporation Ltd in 1949, it was in production for 4 years. 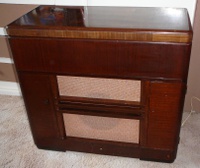 This was the flagship radio for Akrad in 1949, and was available in Pacific or Regent branding.  It was replaced by the model 1053 in 1953, although this appears to have been a cabinet / styling update as the chassis seems very similar, if not the same. 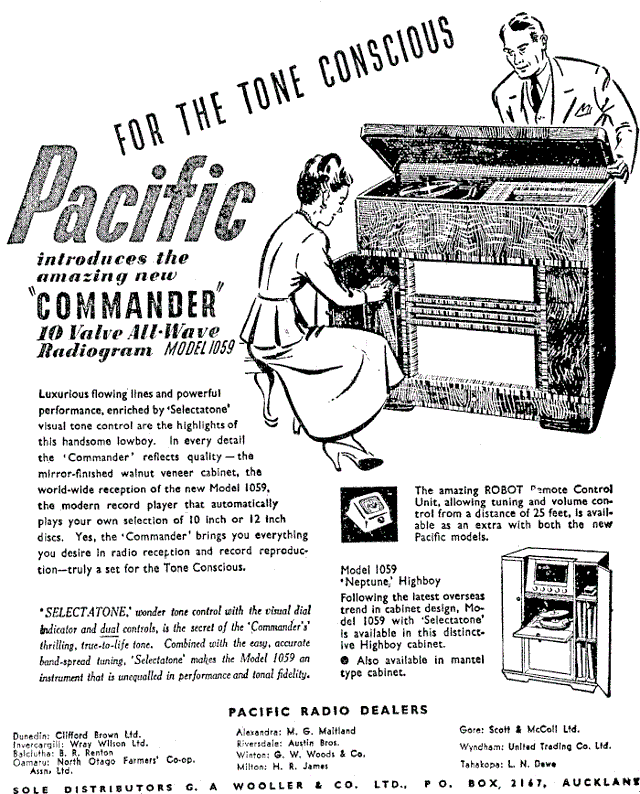 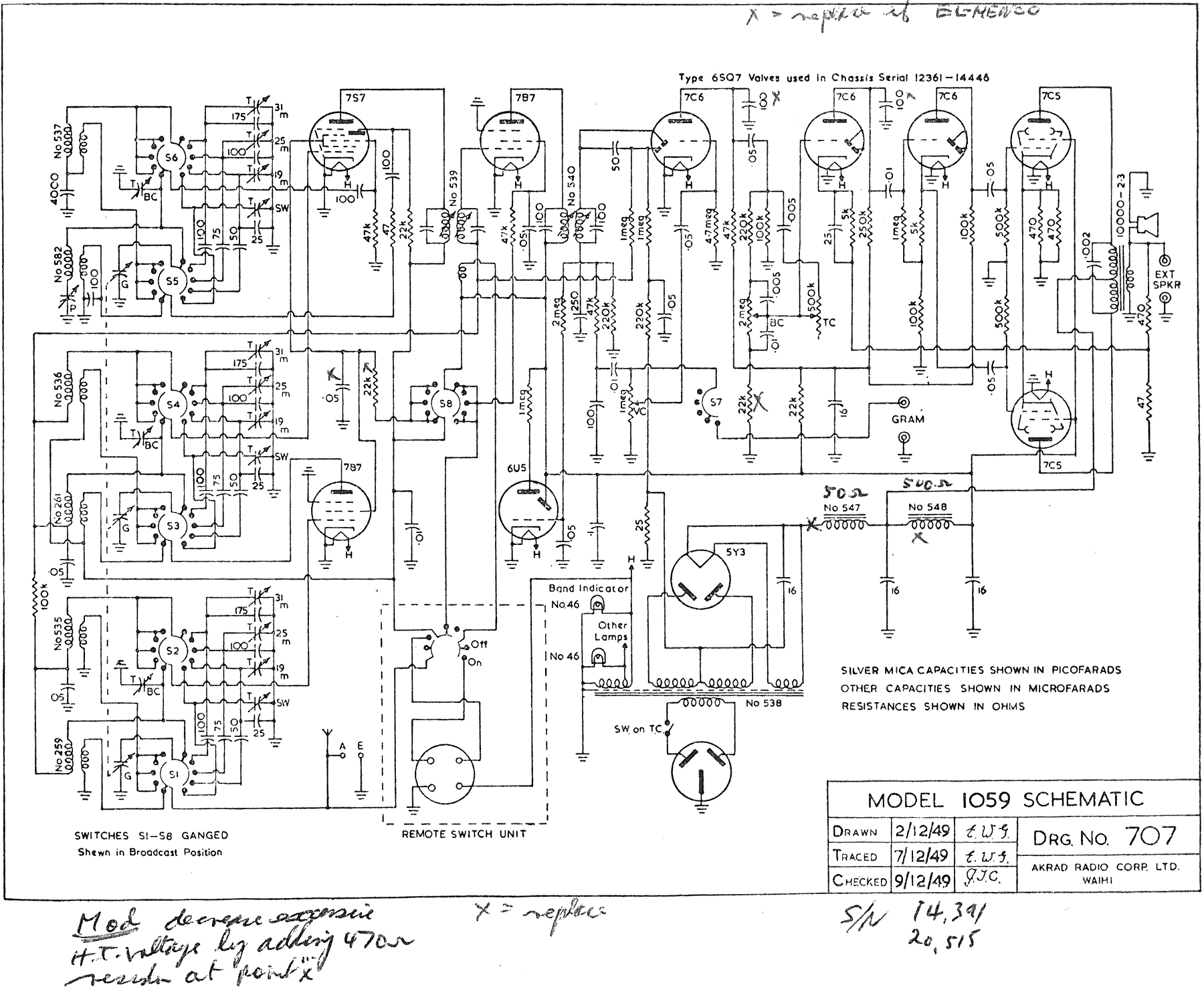