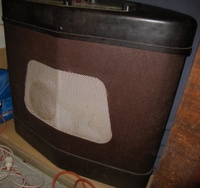 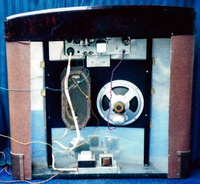 The Pacific (Post-WWII) model 5W0 was manufactured for G. A. Wooller & Co. Ltd by Akrad Radio Corporation Ltd in 1950. It's part of the Akrad W0 'Flying Wing' series. 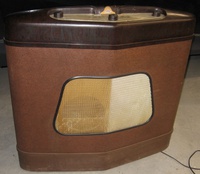 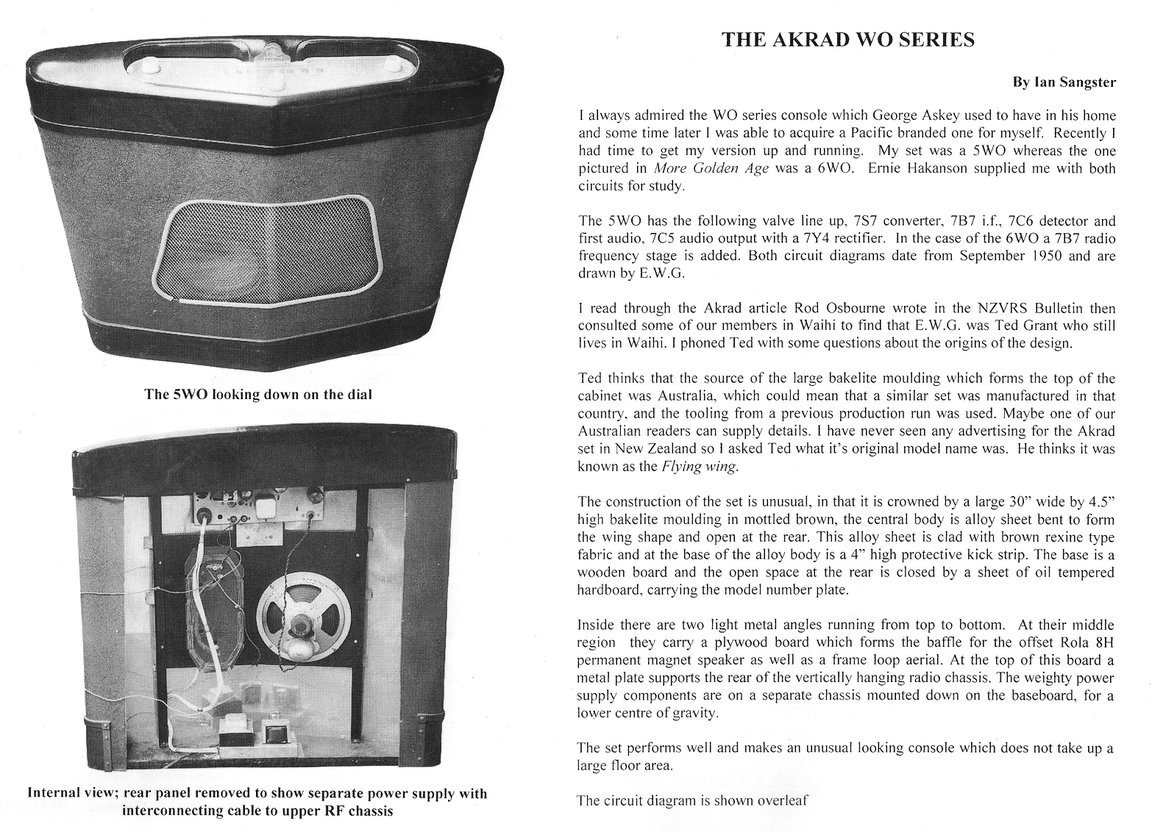 The W0 series of radios were an unusual design and larger than they appear in photos.  As a side note, its W zero, not W Oh - the standard coding for Akrad radios was number of valves, letter to indicate the style, and year - 5W0 meant 5-valve W for *at a guess, wing?* and 0 for 1950 as the first production year.

The W code had been used on at least one other occasion for the wood cabinet version of the Clipper 5M4 Junior, coded the 5W5... it is assumed the W was for wood in this instance, but the flying wing is not really of wooden construction.  It may have been for 'wing' in this model.

While the 0 would indicate a model year of 1950, there has been no advertising sighted from that year - which would suggest (given that Pacific and Regent advertising was quite common around this time) that it wasn't actually released until 1951.

The cabinet was not a new design, but one that had come from Australia where at least two manufacturers had used it: The Monarch model HN and the Peter Pan Streamline Consolette, both of 1949. 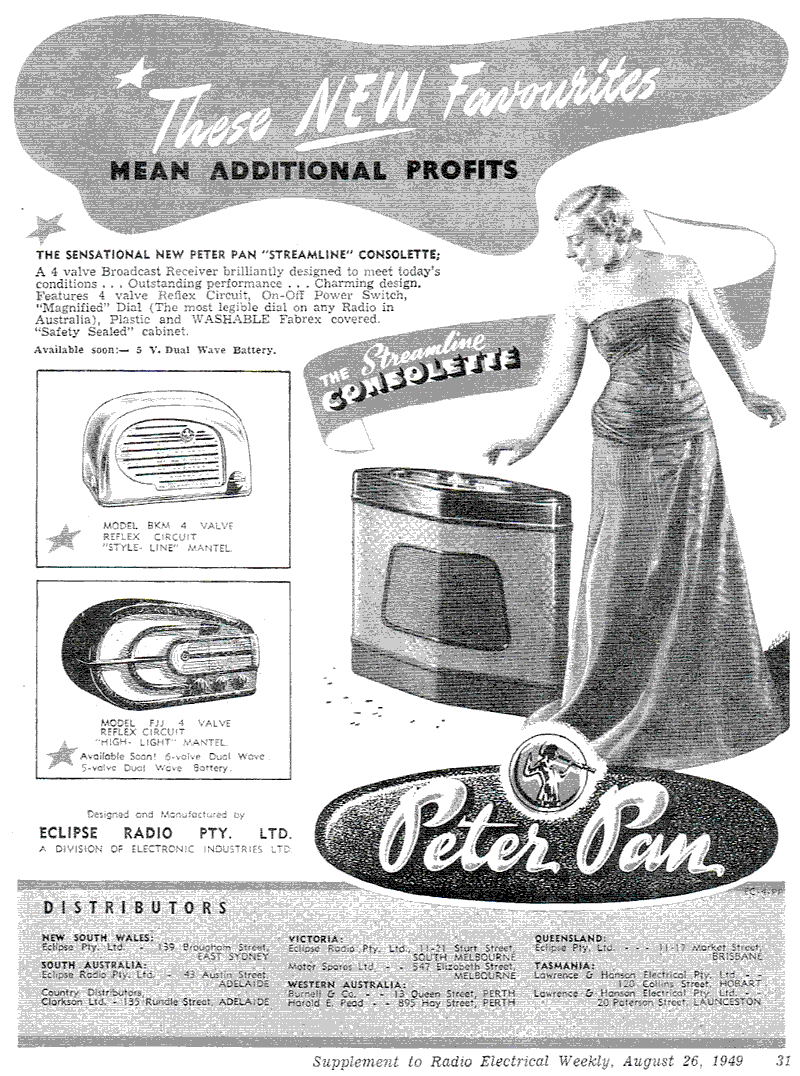 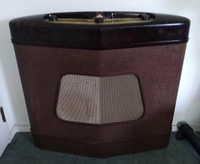 Note: power supply on separate chassis in base, probably to avoid the weight of the transformer being hung off the top bakelite section.

5WO Schematic (see 6WO schematic below for better detail): 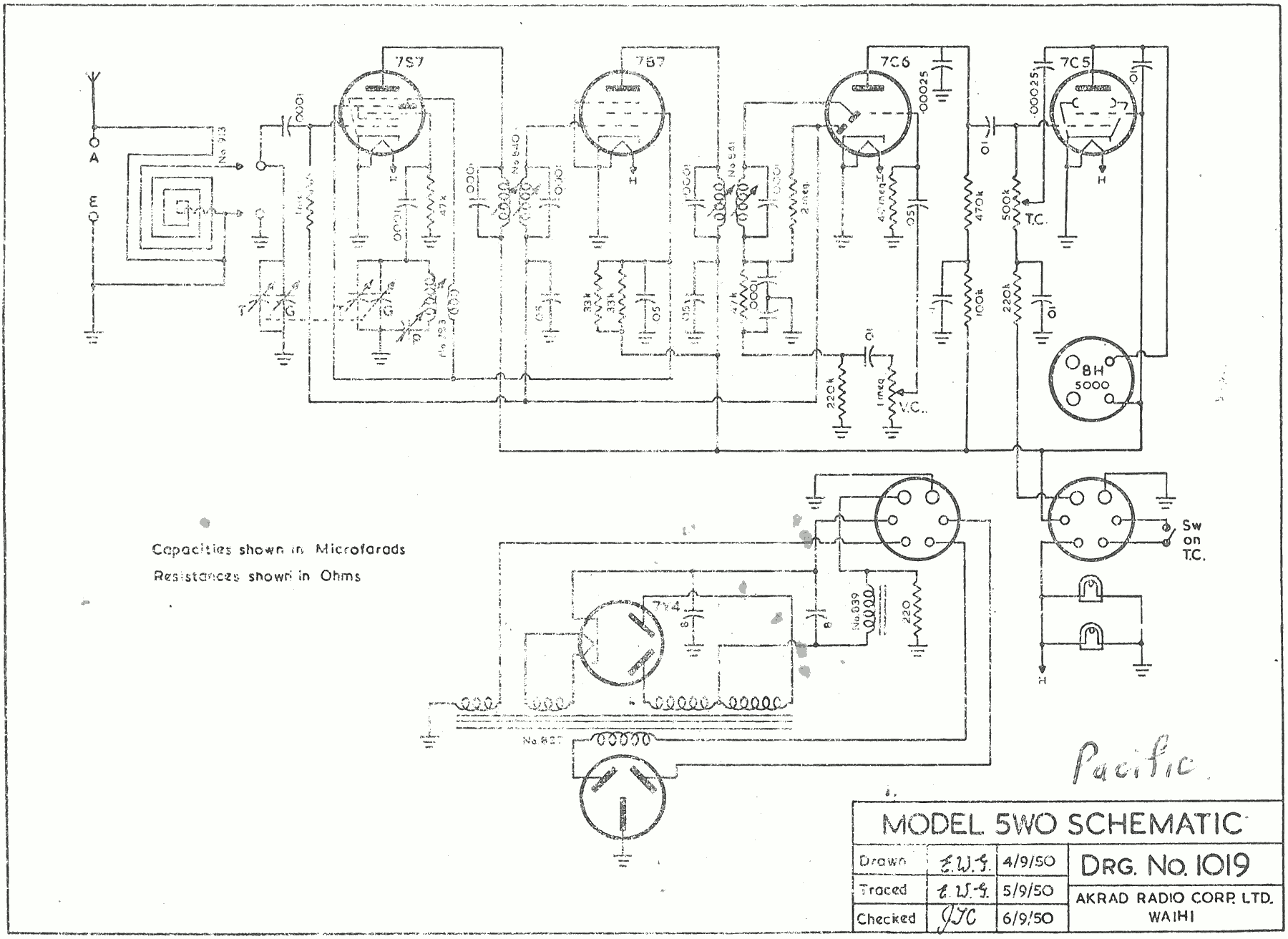 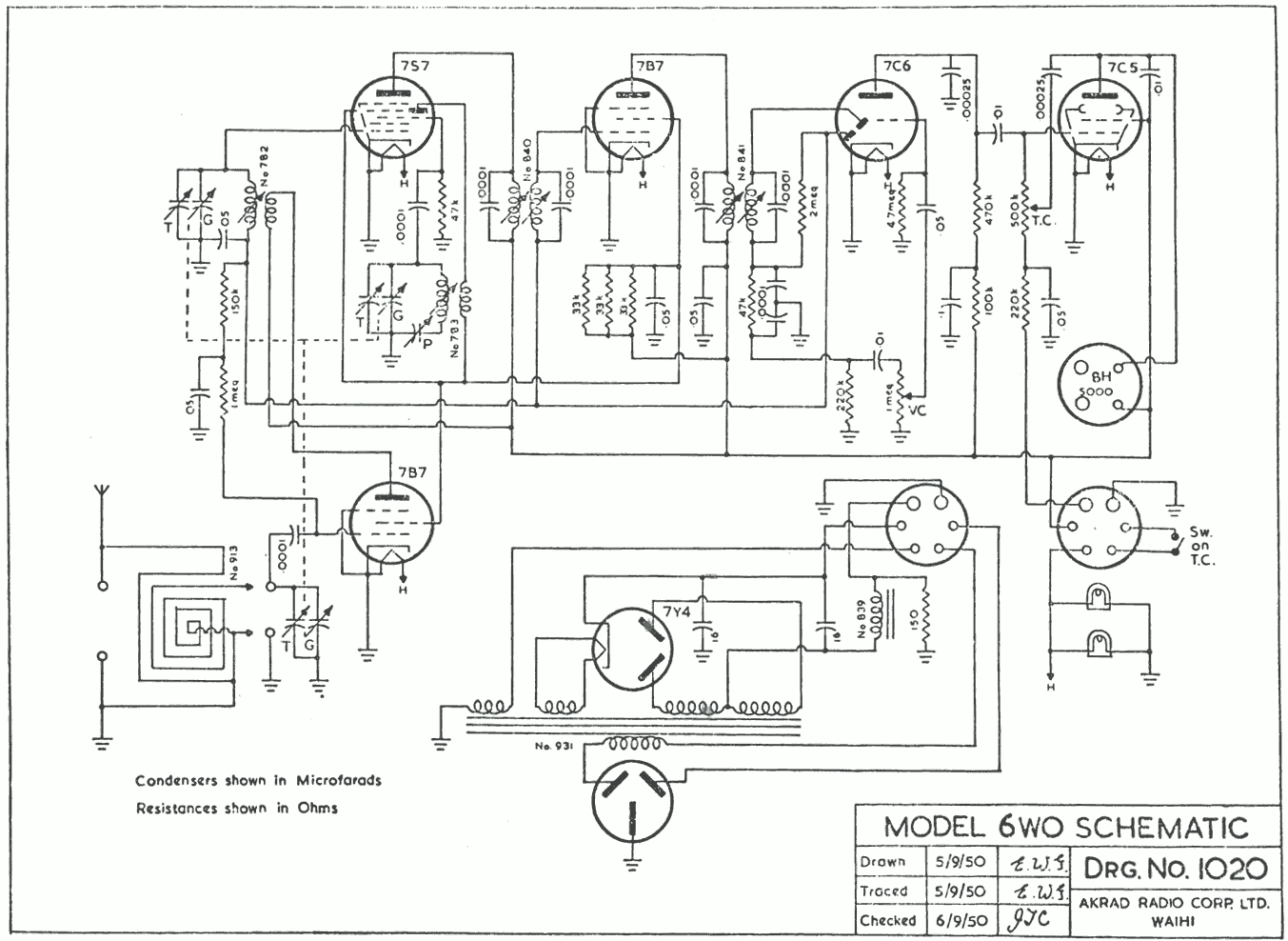