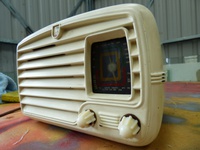 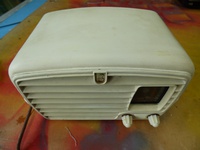 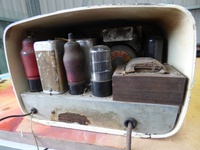 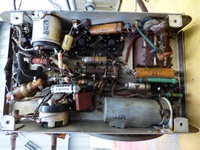 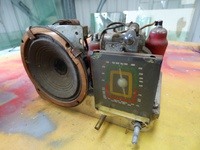 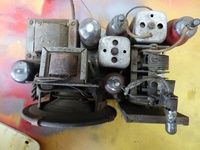 The Philips model 540 was manufactured by Philips Electrical Industries of N.Z. Ltd in 1945.

This model was produced from September 1945, and was one of the first post-WW2 models available in NZ.  A Philips executive had visited Argentina while in the Navy during the war and was able to secure the dies for the bakelite cabinet as well as some components which enabled Philips to get a jump-start on domestic production once the war finished. - R. J. Hatton, Wellington VRS magazine, March 2001

Also released as the Mullard model 515 Meteor (or Mullardette) with a different grille design.

2 chassis versions, one which uses American octal valves and the other which uses English valves (540E version)

2 dial versions, MK1 has the low frequency at the left hand side of the dial while the MK2 has the opposite arrangement. 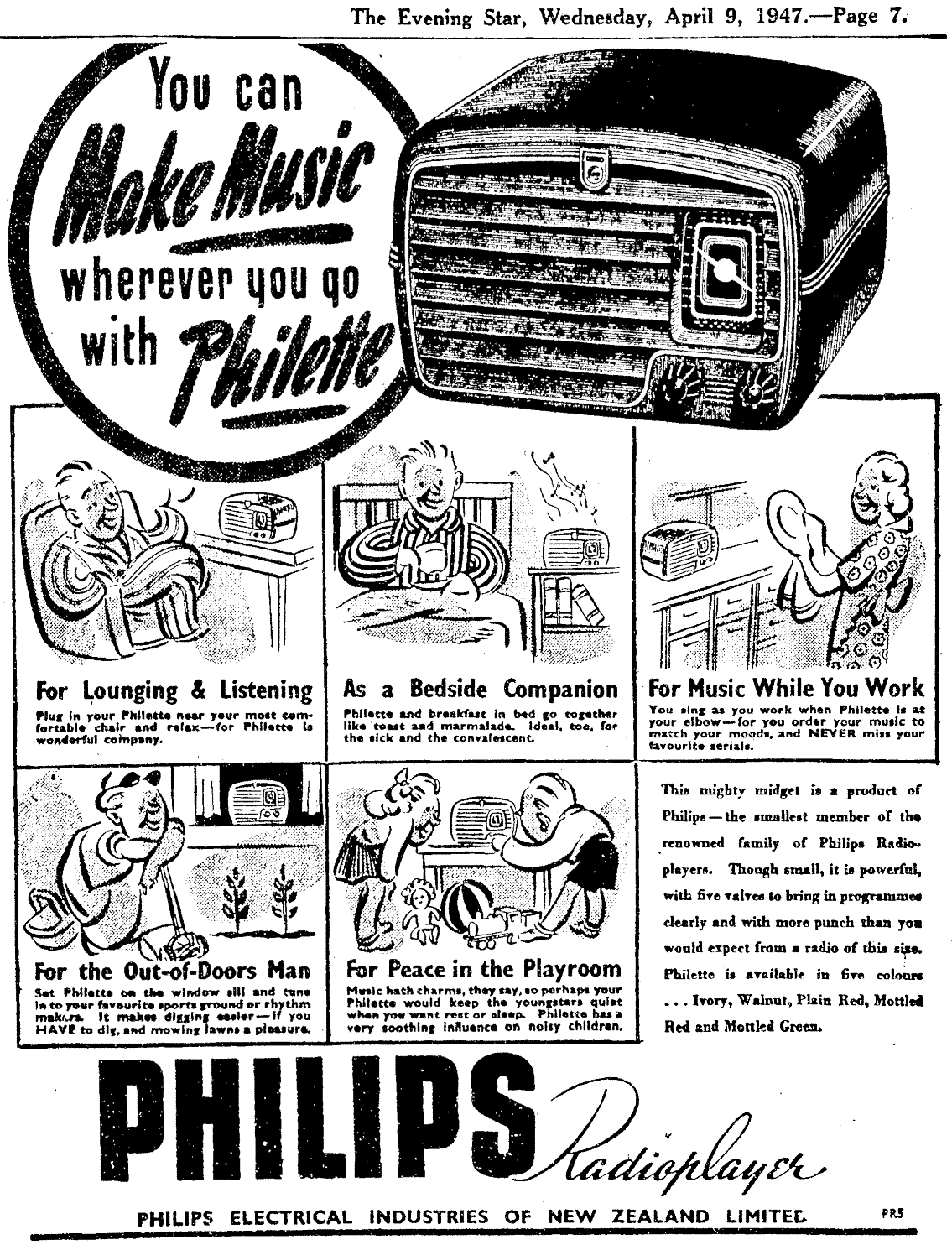 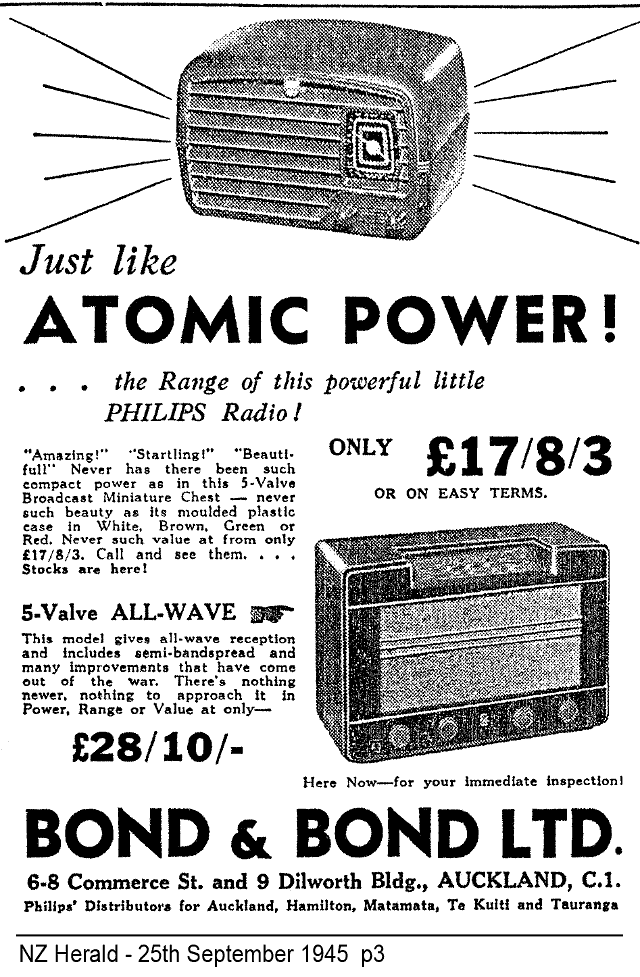 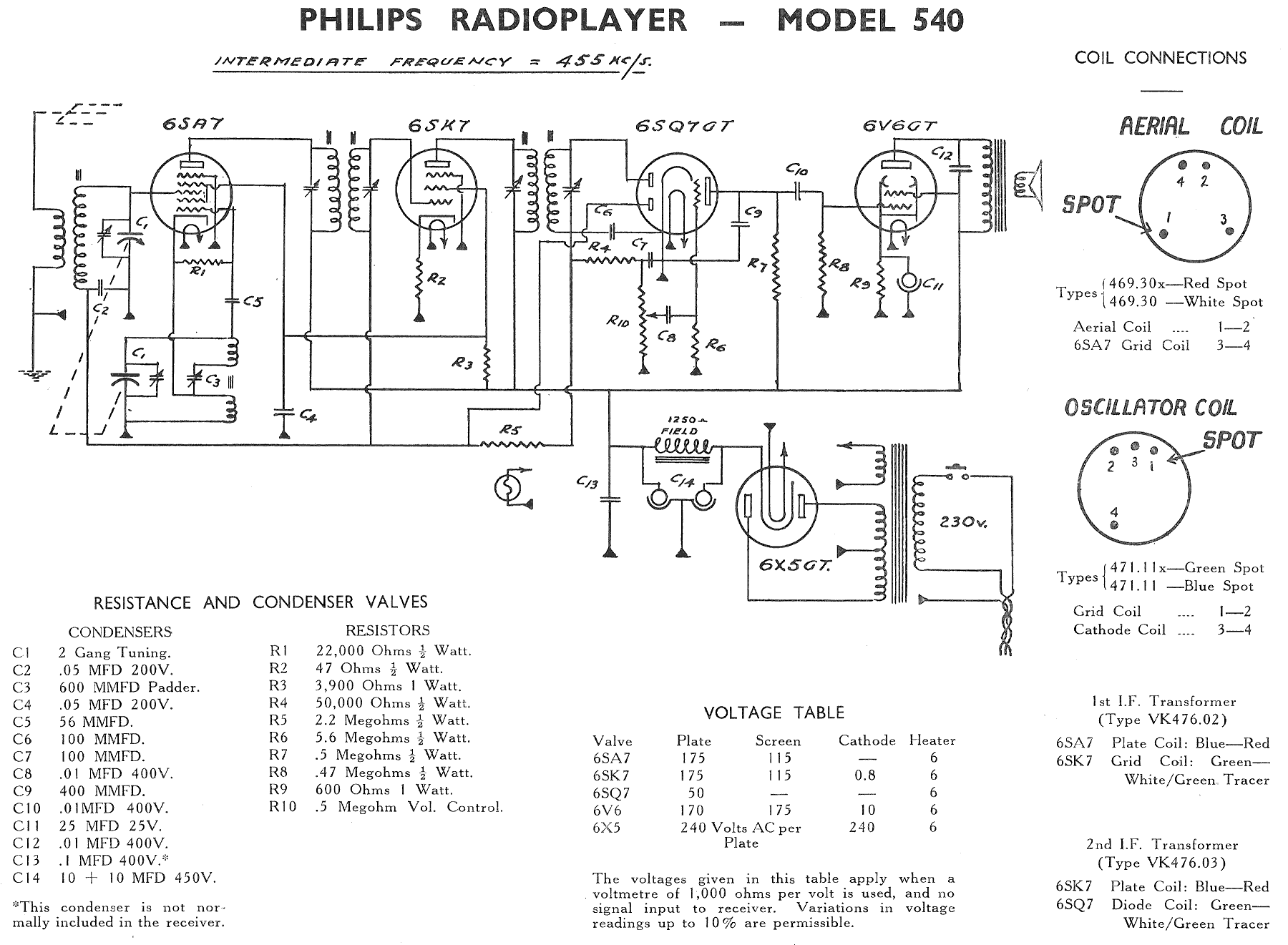 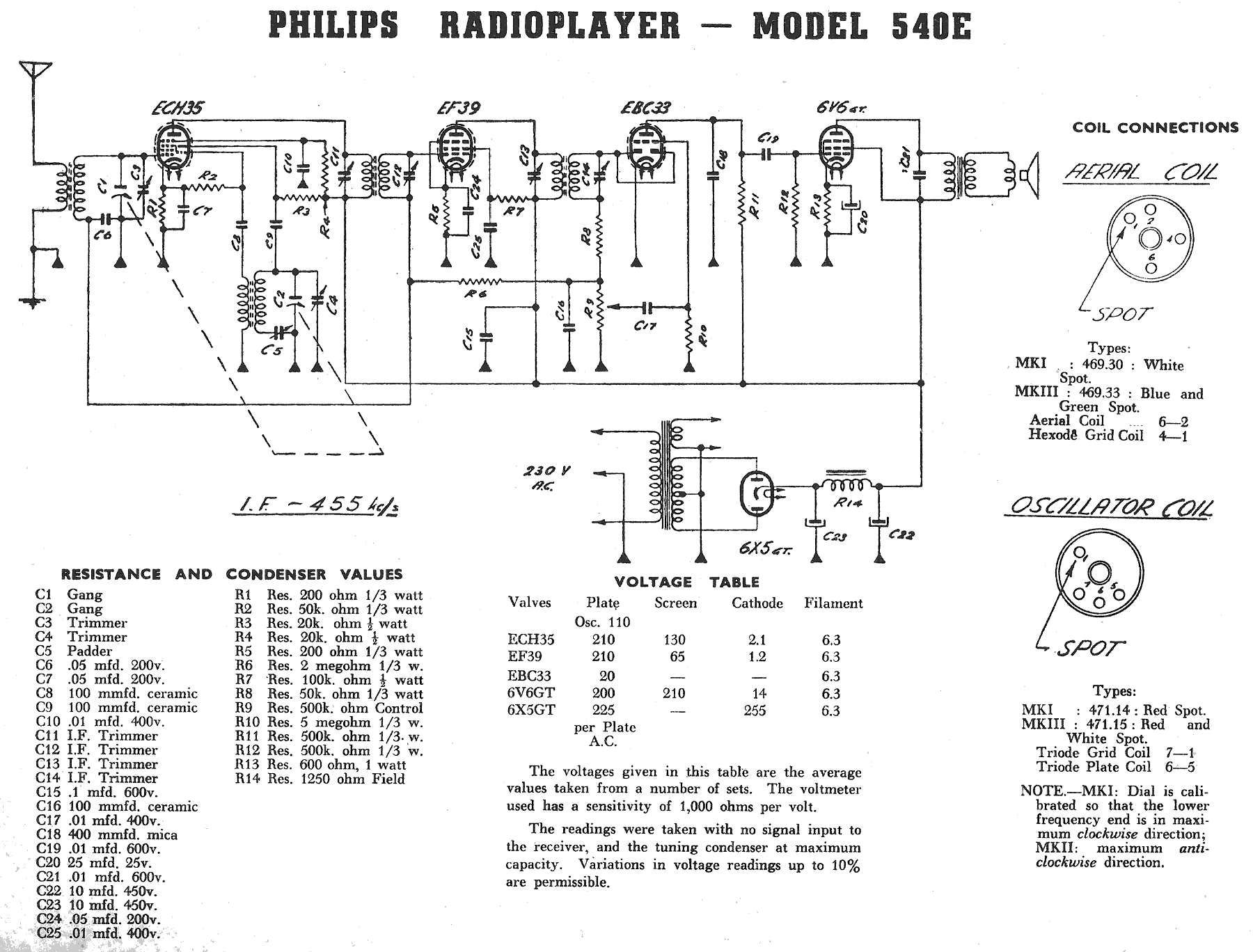