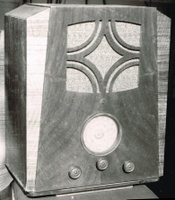 The Philips 666A was manufactured by Philips Electrical Industries of N.Z. Ltd in 1935.

6-valve dual-wave radio, one of the earlier Philips NZ sets, made by Radio Corp. NZ

Typically seen in the cabinet photographed above, but there may have been some released in a more standard tombstone cabinet as seen below (this was one of the earliest references in media to this new model)

There is a later version with 4 controls on the front, the model 666D 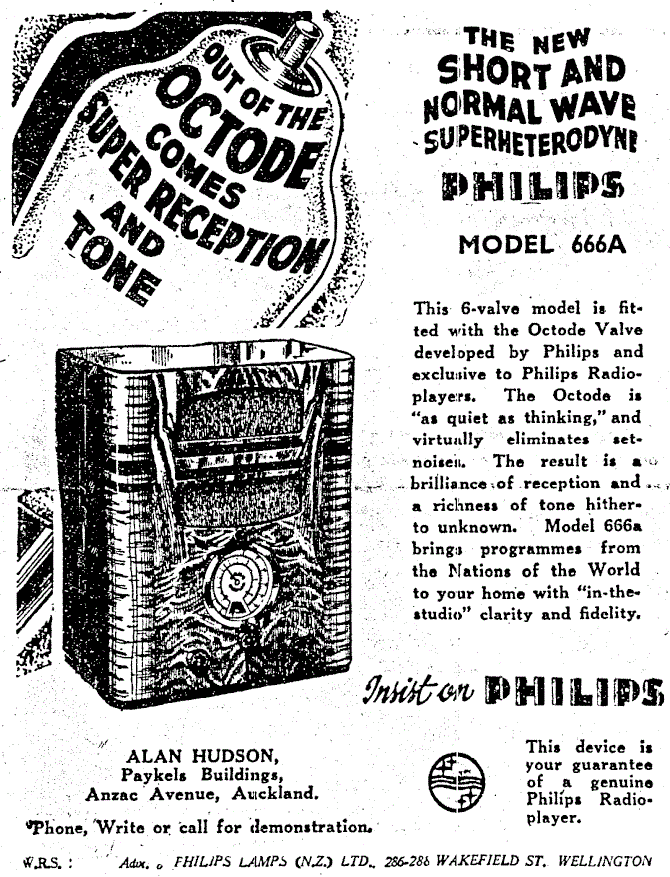 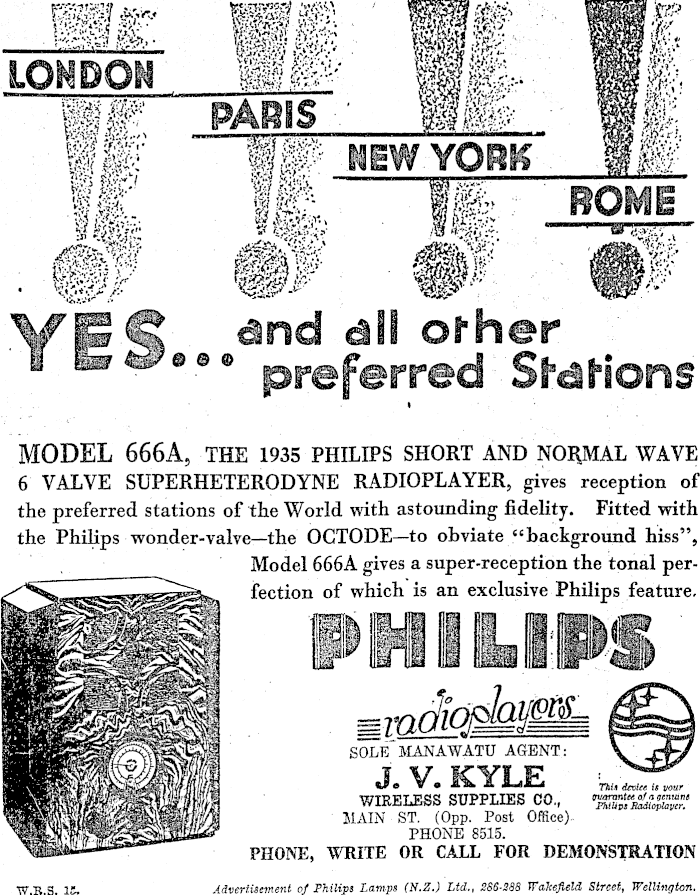 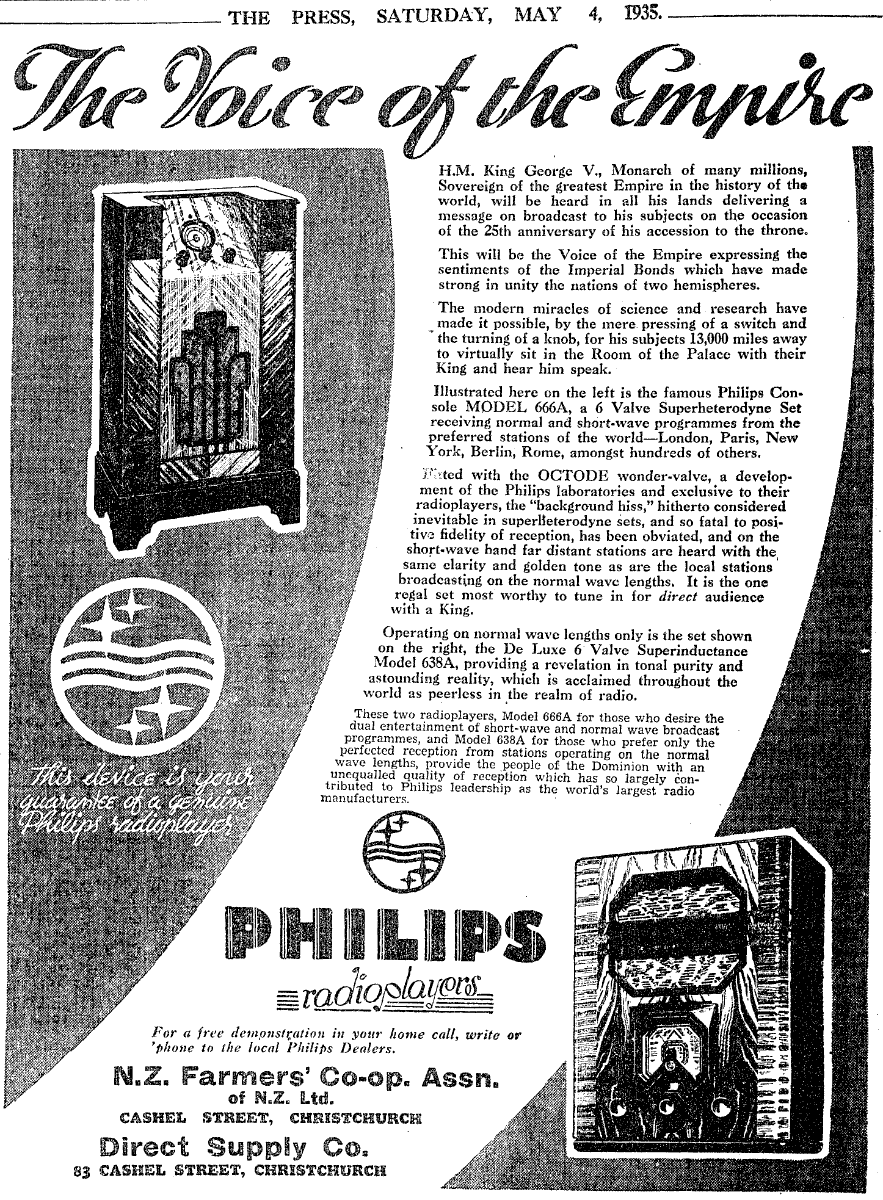 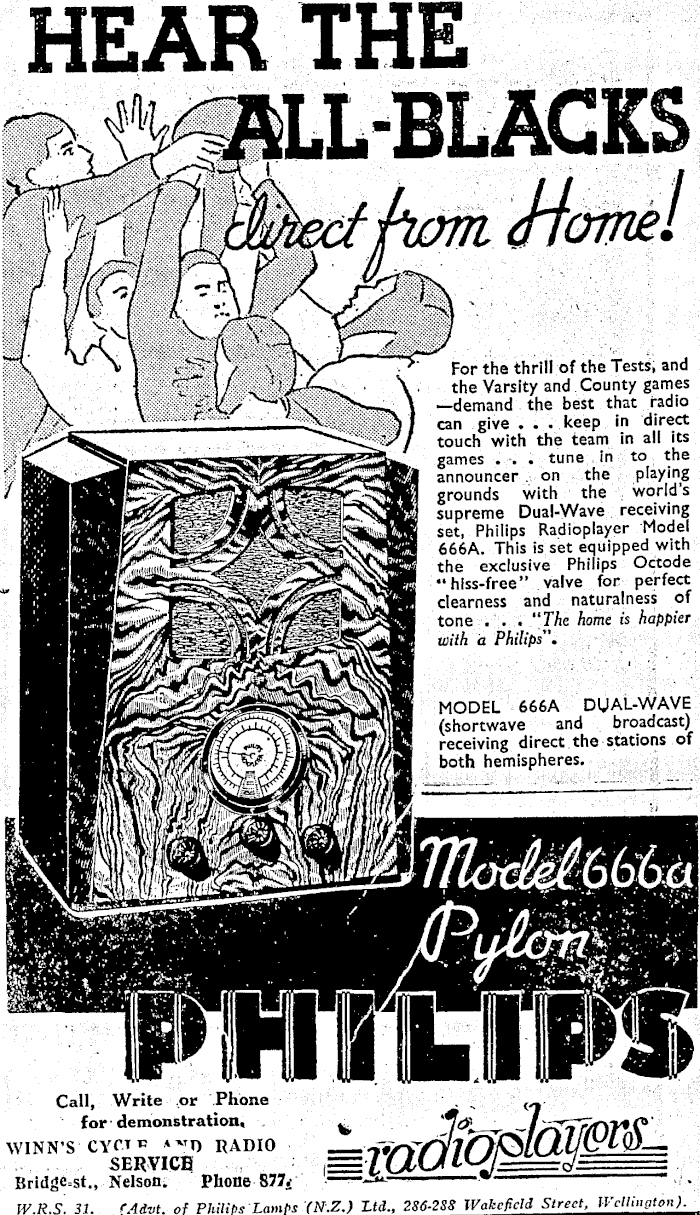 The original IF for the 666 was 265kc/s, however due to Christchurch and Dunedin stations causing beat problems with this frequency it was boosted to 285kc/s on some sets.  There is no known list of serial numbers vs. IF's so some experimentation will be required to determine which IF's your set has.  See the service information above for further details on how to check. 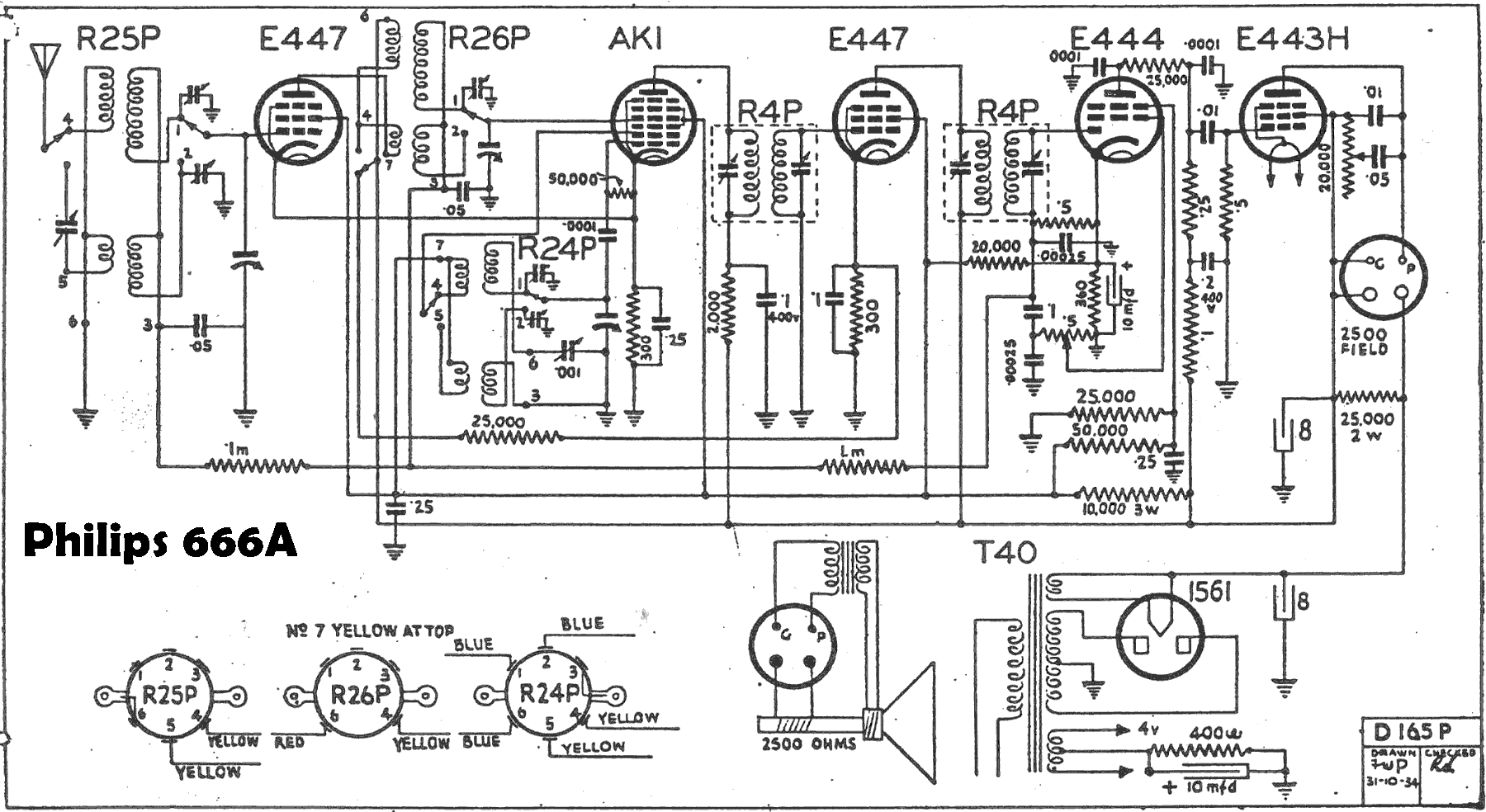