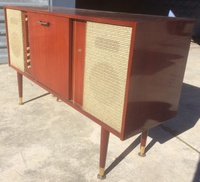 The Philips F5Z37A was manufactured by Philips Electrical Industries of N.Z. Ltd in about 1963.

7-valve equivalent, the circuit uses two rectifier valves instead of one.

It is likely that this model was released in 1963*, and continued in production through to the end of 1965, when the physically identical F5Z67A (with its newer valve lineup) replaced it.

Identical electrically to the F4Z37A Concorde (although that model has a plan round tuning dial rather than the slide-rule dial). 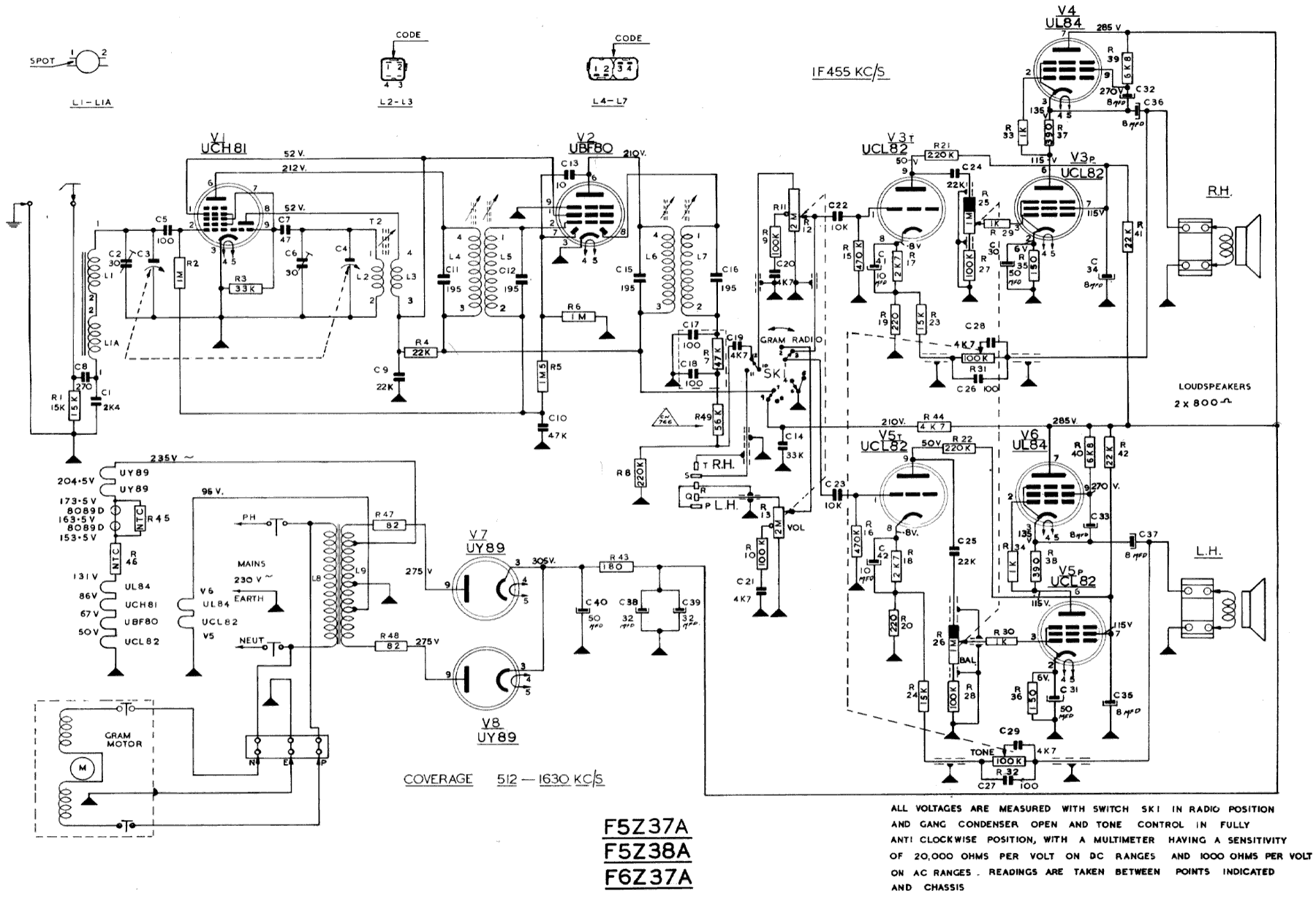