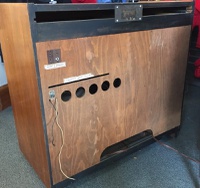 The Philips FZ876A was manufactured by Philips Electrical Industries of N.Z. Ltd in 1957, it was in production for 1 year. It's part of the Philips Festival Hall series of radios.

Hi-Z Extended Range - no output transformers due to high impedance speakers - take care of the speakers they can be hard to find now. 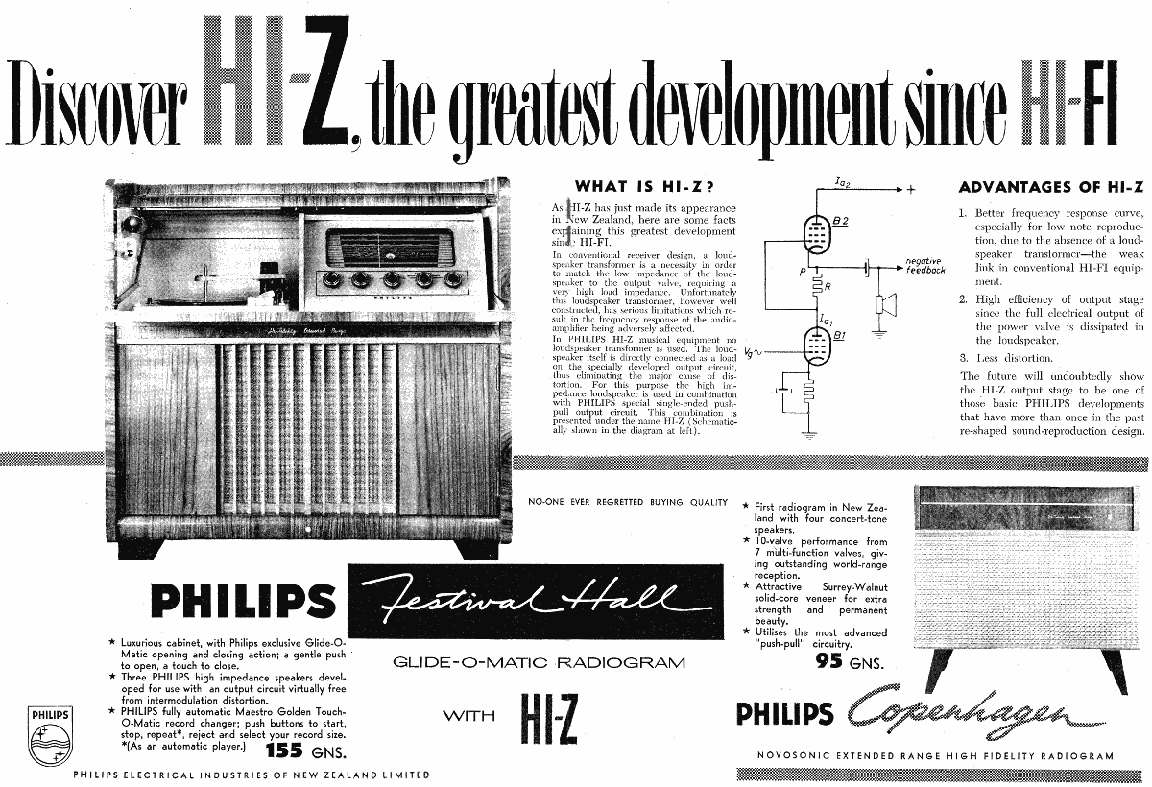 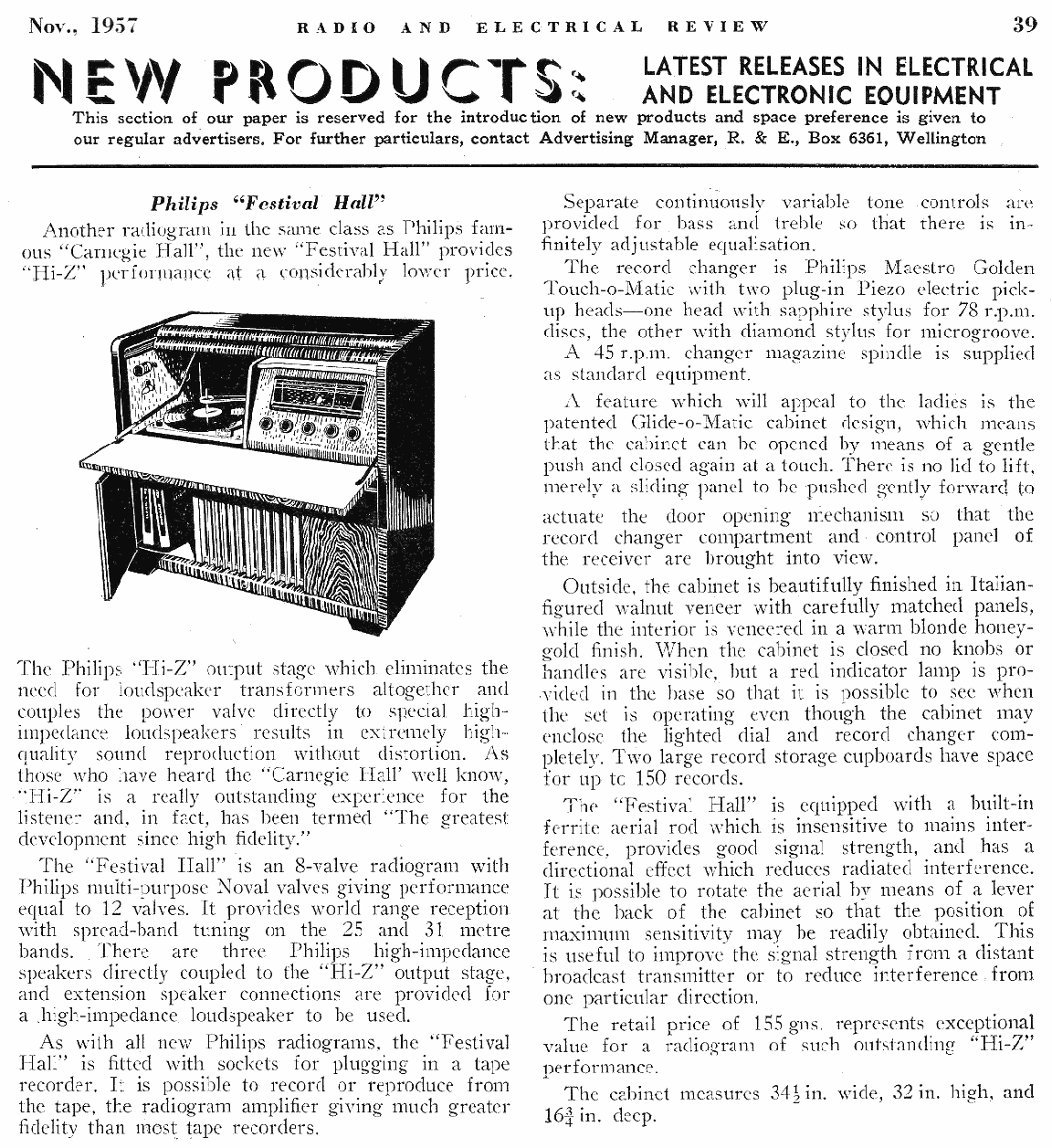 The Philips FZ876A is part of the Philips Festival Hall series of radios. 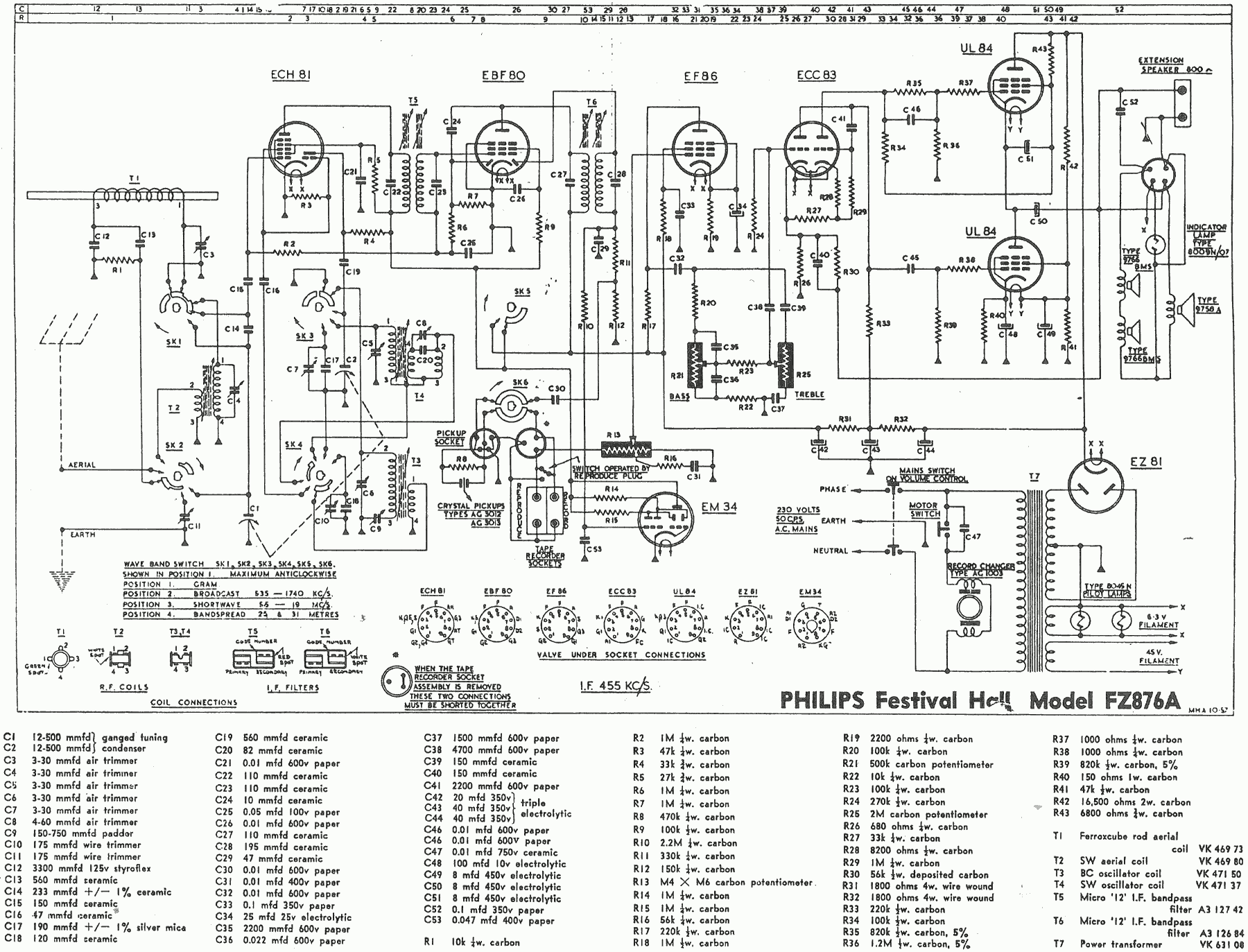