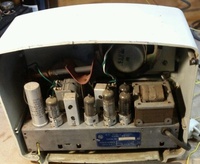 A word of caution with this radio (and the PZ103) - the back panel is poorly designed and sits too close to the output tube, which runs very hot.  Almost all sighted examples have burned through the back panel and it might be a good idea to either remove and store the panel, or modify it to ensure its held away from the valves 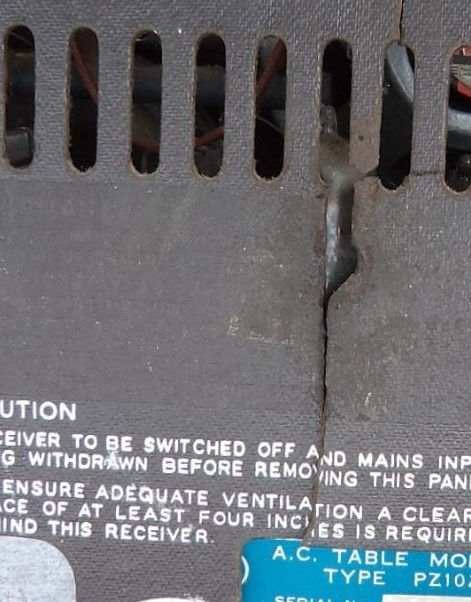