The Regent model 511 was manufactured for G. A. Wooller & Co. Ltd by Akrad Radio Corporation Ltd in 1951.

5-valve broadcast-band set.  Pacific and Regent (as typical with Akrad) used the same cabinet and just had a different badge.

Similar to the model 519, which has 4 controls. 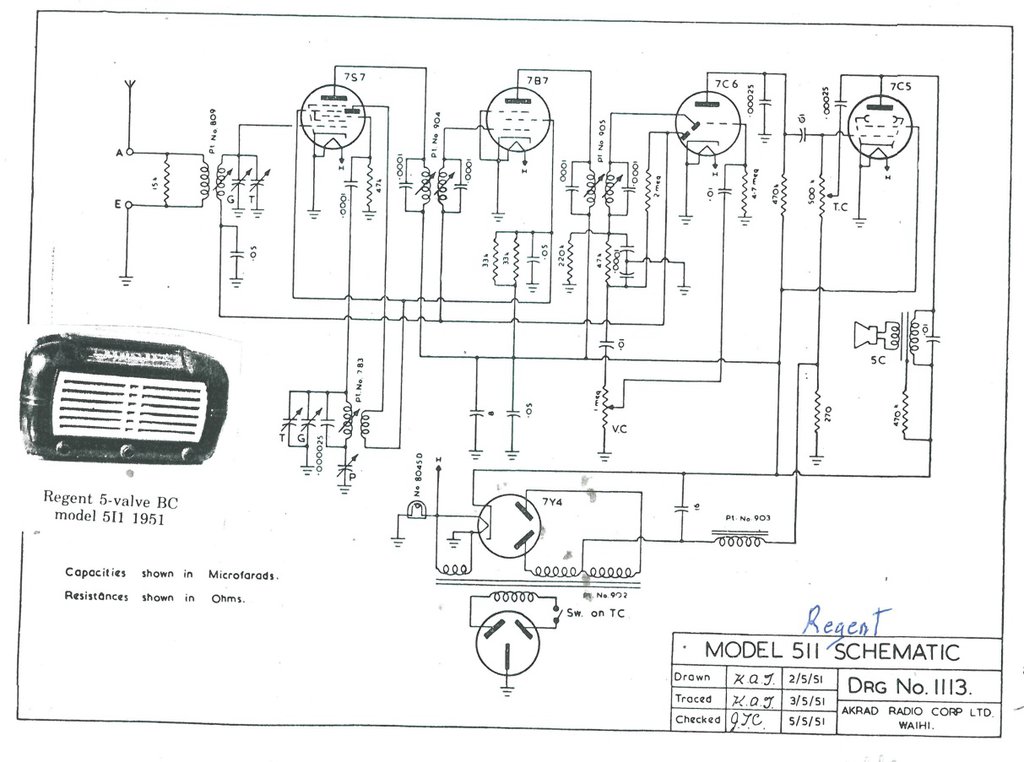