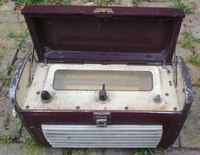 The Regent 6P9 was manufactured for G. A. Wooller & Co. Ltd by Akrad Radio Corporation Ltd in 1949.

Regent model 6P9 - 6-valve battery / mains portable often refered to as the 'Lunchbox', but known as the Dual-Power Portable in advertising.

Revised version of the previous years model 6P8 with a nicer grill. 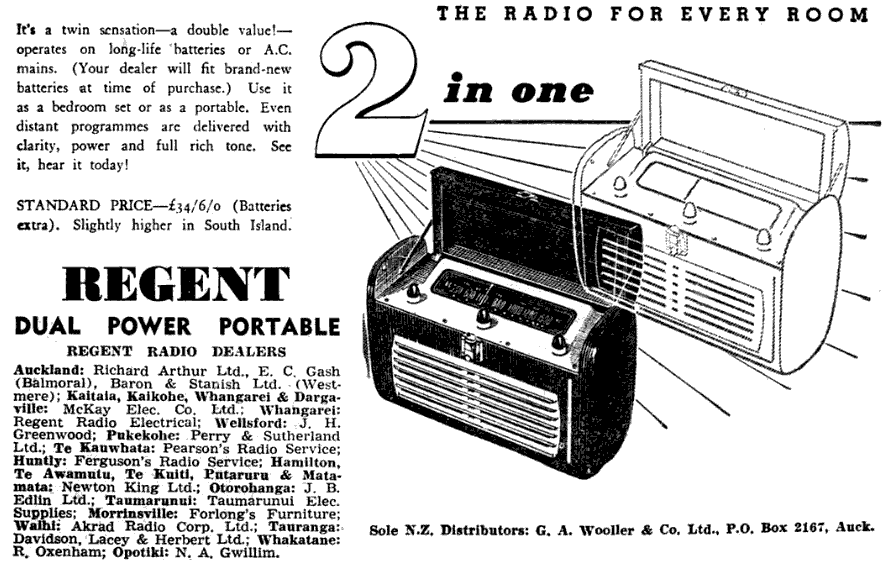 Very similar to the 6P8, known differences noted on the schematic below 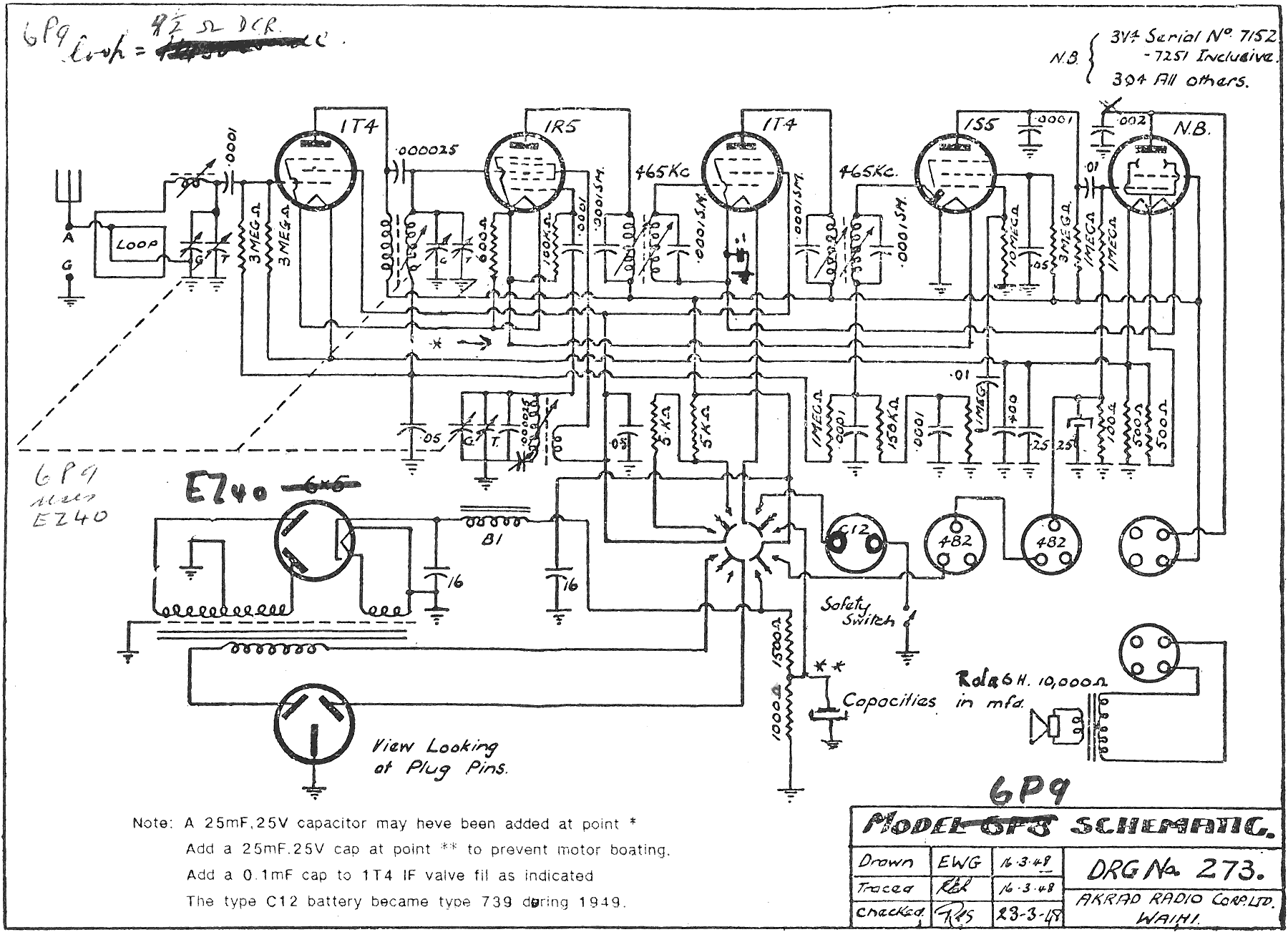