The Regent 6PE was manufactured for G. A. Wooller & Co. Ltd by Akrad Radio Corporation Ltd in 1950.

5 valve dual-wave radio with gram input and push-pull output.  Available with or without magic eye (6PE and 5PP respectively). 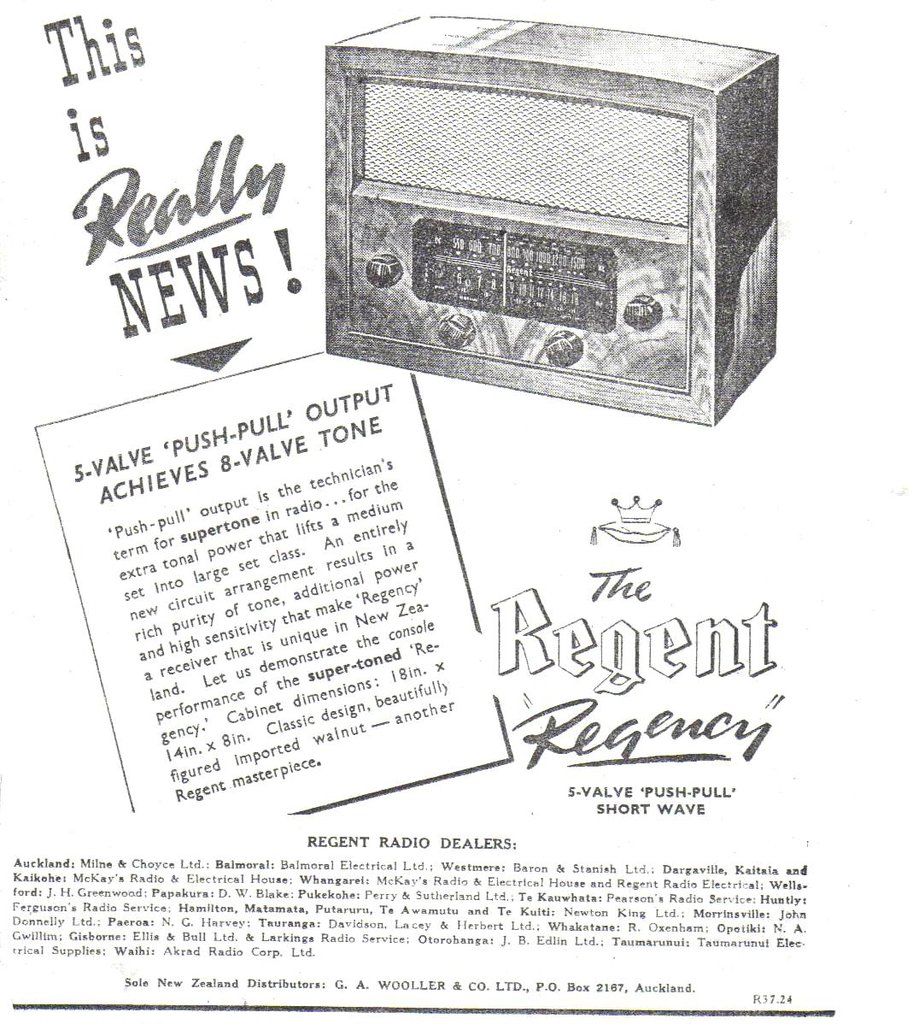 Technical information for the 5PP (Akrad_5PP_Technical_Description.pdf) here - which also applies to this model, which is almost identical to the 5PP except for the inclusion of a magic eye. 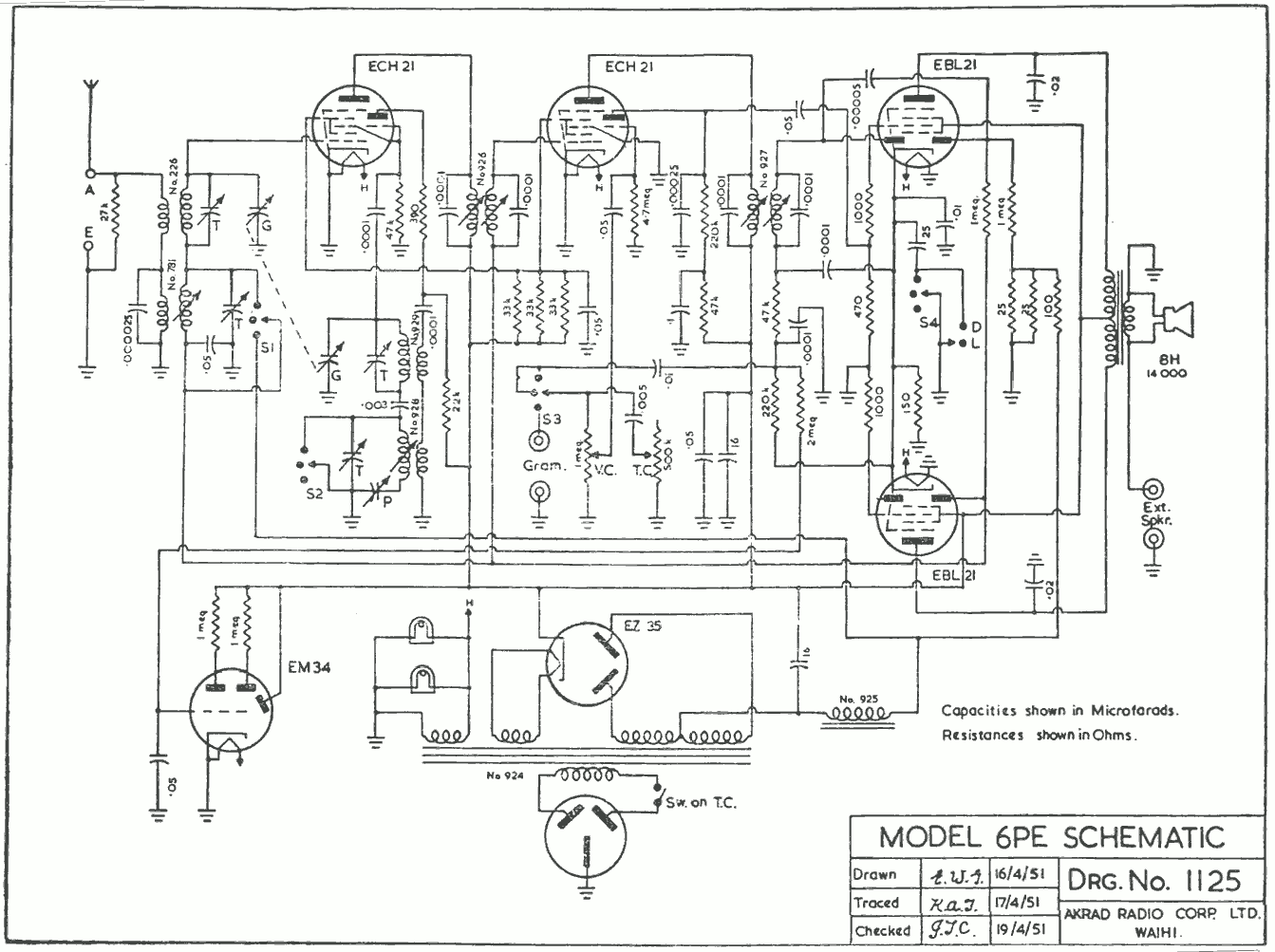