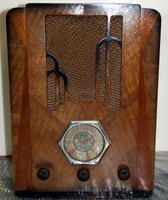 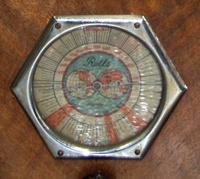 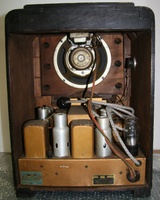 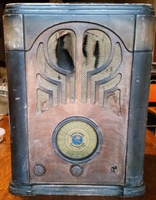 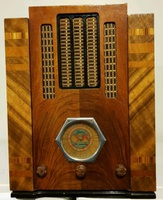 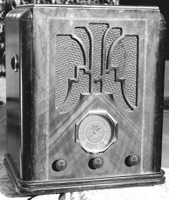 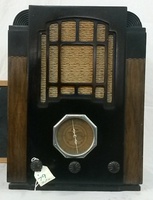 Internally identical to the model CR (see the chassis notes at the bottom of this page for information about the C, R, S (etc) suffix).

Rolls seems to have had a lot of different designs based around the CC / CR chassis in 1935, and there are many surviving examples at the time of writing - they are a good looking and well-engineered radio.

The design of this particular cabinet seems to be a simplified timber-only copy of the American made Zenith model 809, where the arched grill bars are in chrome.

The photographed model above is part of the Collection of Te Manawa Museums Trust, Palmerston North, Acc. No. 84/81/65.