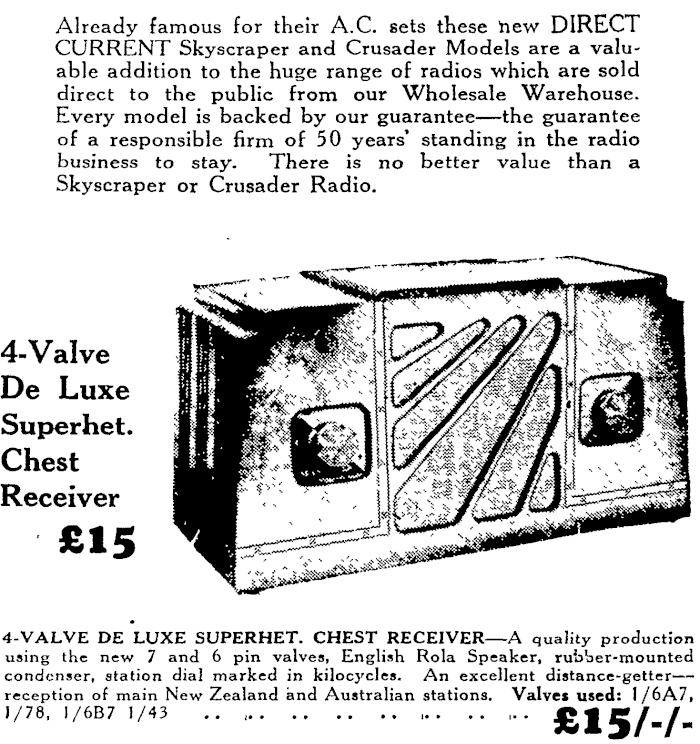 Up until the 1940's some areas of Auckland had DC mains power, and AC mains radios would not work on this system.  Many brands had models available for this market, including Skyscraper.  DC mains radios did not need a rectifier valve, since those are used to turn AC into the DC voltages required by the circuitry - making this 4-valve set equivalent to its 5-valve AC mains sister model 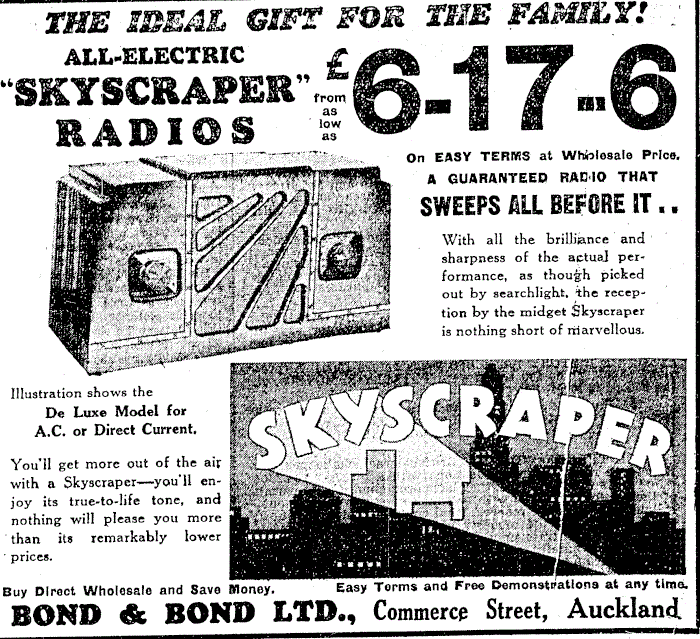 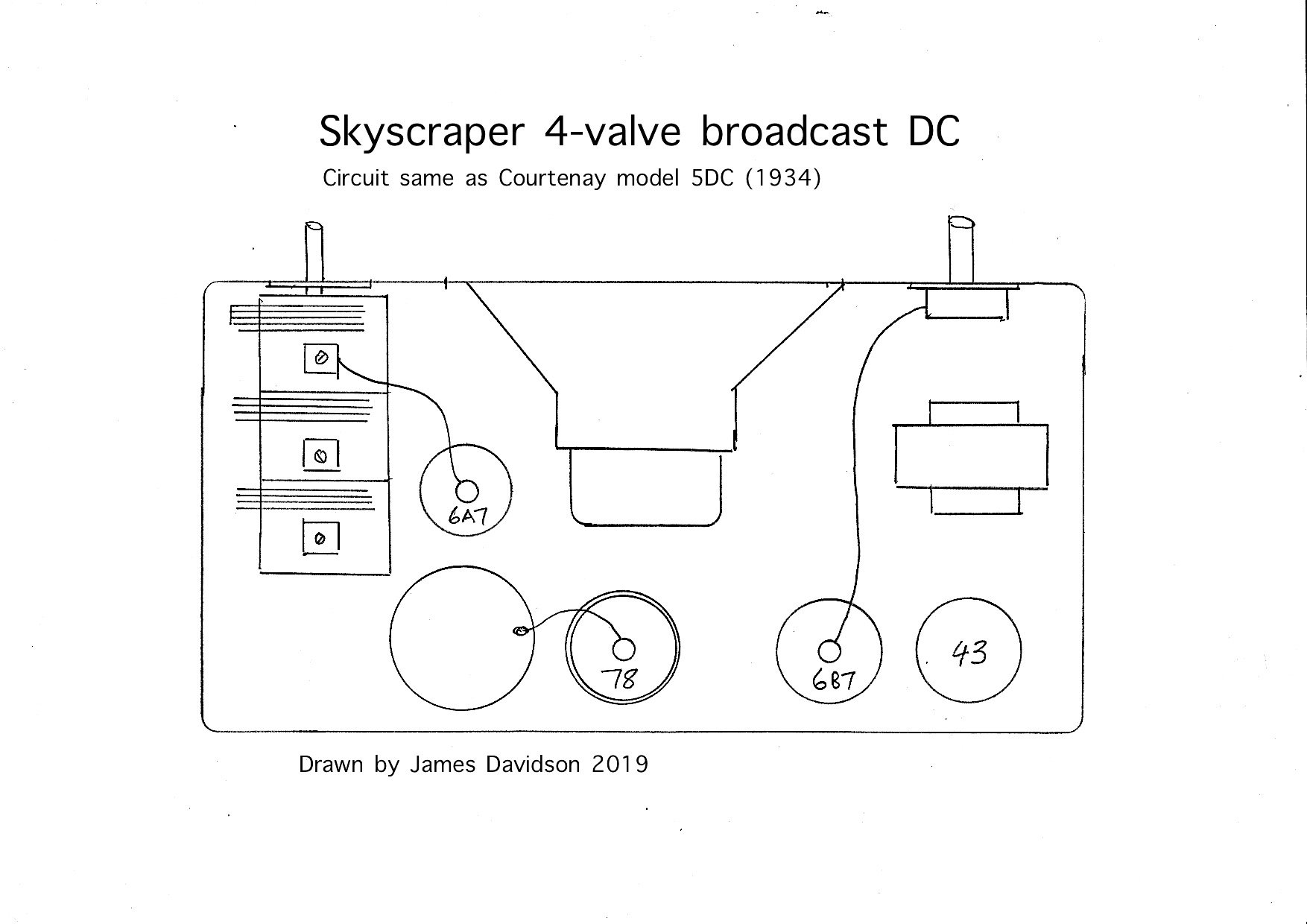