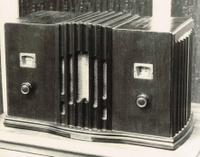 The schematic below is for a 5Cx chassis, but should be close.  The actual valve lineup and schematic is not yet known - if you have one or know the details please get in touch.  John Stokes notes this model as being from 1933 although this newspaper clipping is from 1935, so the model may have run across several years, and could have had more than one chassis model inside it over that time as well. 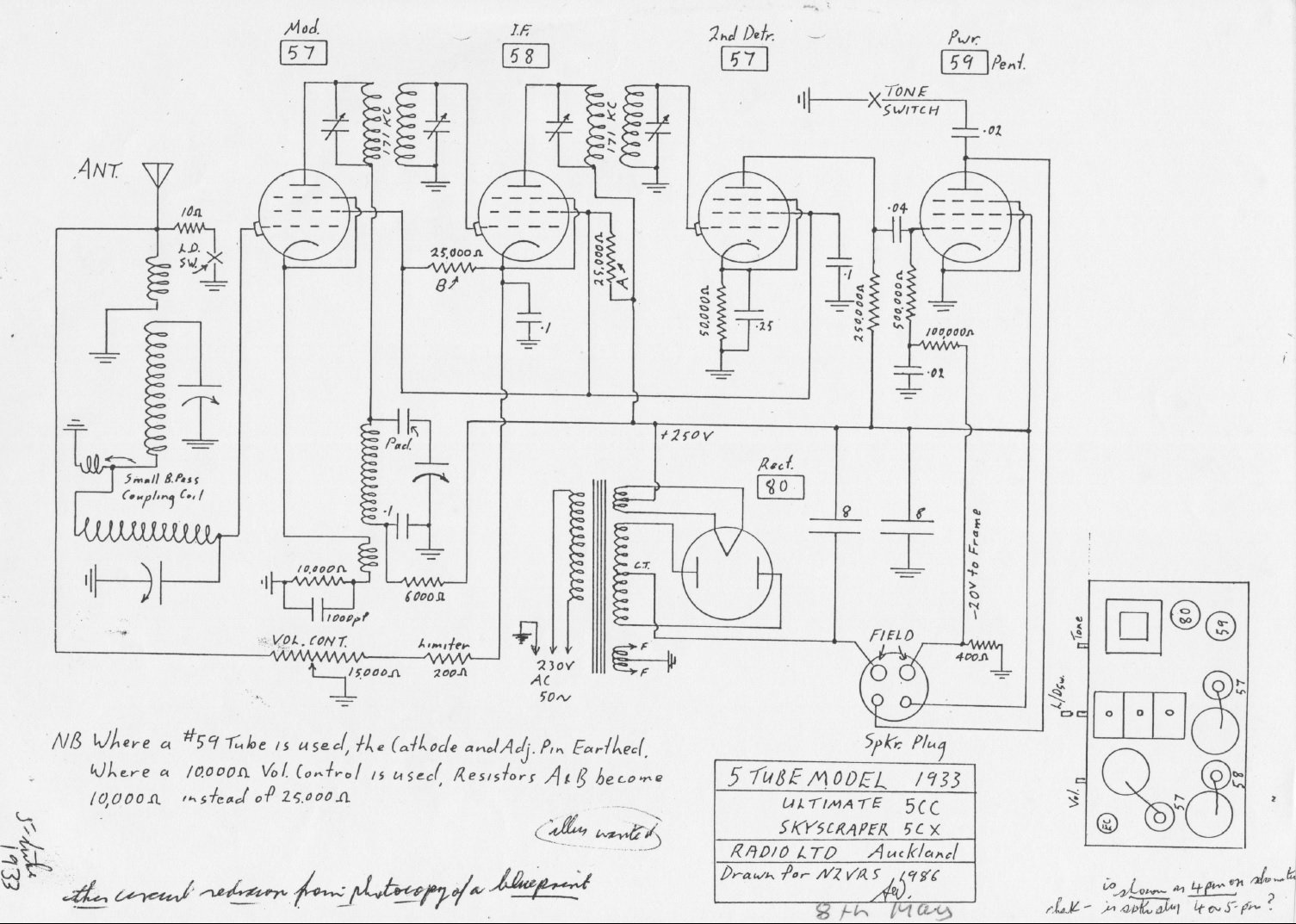