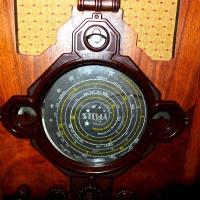 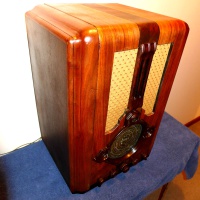 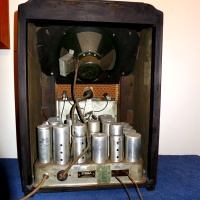 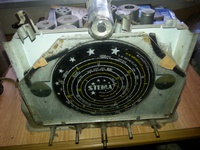 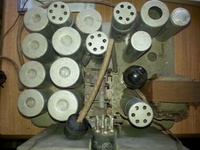 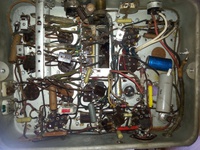 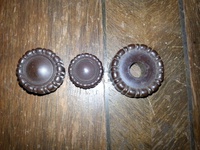 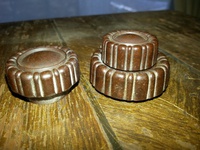 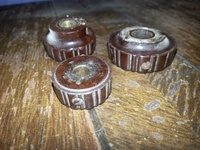 The Stella model 38 was manufactured for Cory-Wright & Salmon Ltd by Radio Corporation of New Zealand Ltd in 1937. 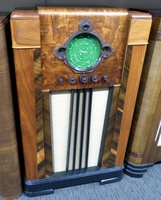 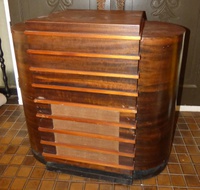 The Stella model 38 'Aquila' used a diamond-shaped point of light to indicate the frequency, in a system probably called "Spotlight Spiral Dial" tuning (based on the wording of an advert from a Stella agent). Only one currently known cabinet design, which is a standard looking tombstone.

There was a console version known as the De Luxe Dorado.

For more information on the model, see the Columbus version. 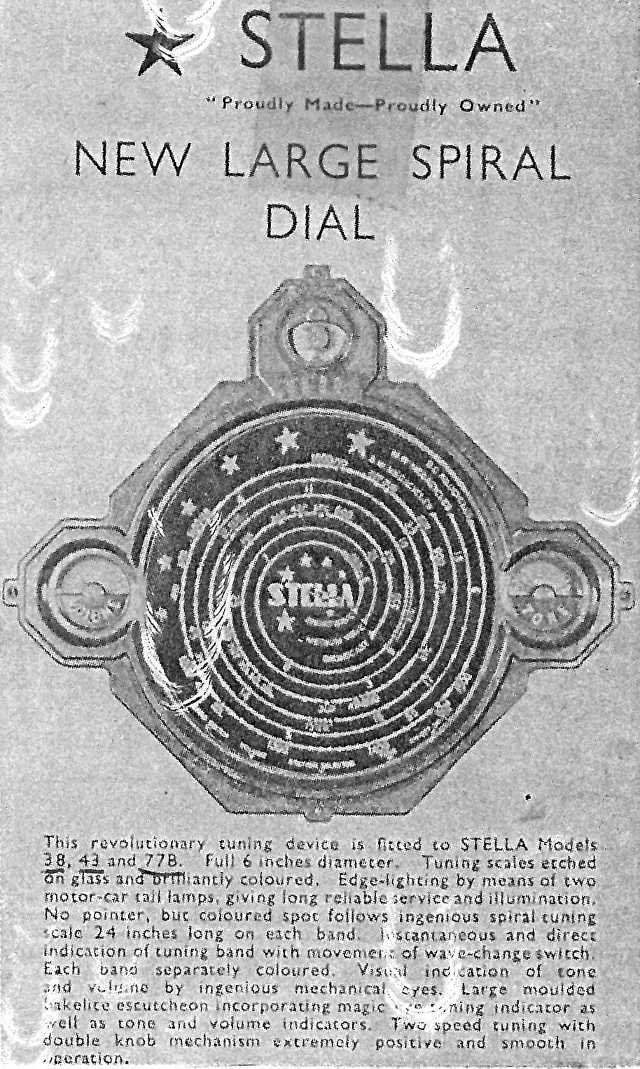