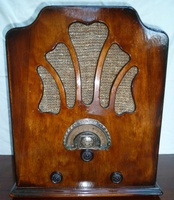 Note the Christchurch advert for John Burns & Co shows this model at around £2 more expensive than Auckland - this is presumably to cover the cost of shipping.  this is relevant because Ultimate radios of this era used the valve count and retail price as their model number (ie: this model, the 527, had 5 valves and retailed (in Auckland, where they were manufactured) for £27 and change. 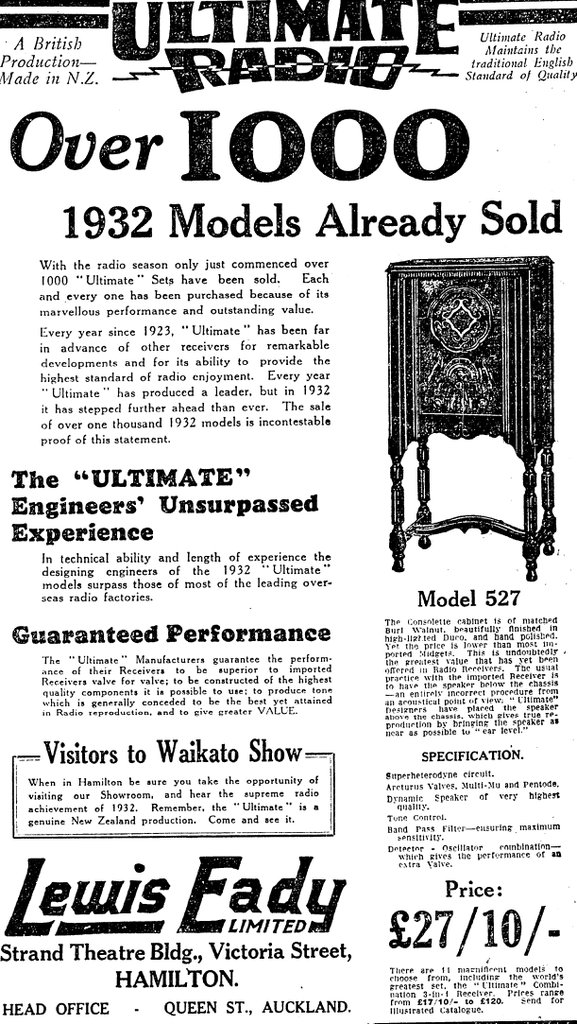 Chassis code C (most likely) - spec'd for all Arcturus valves 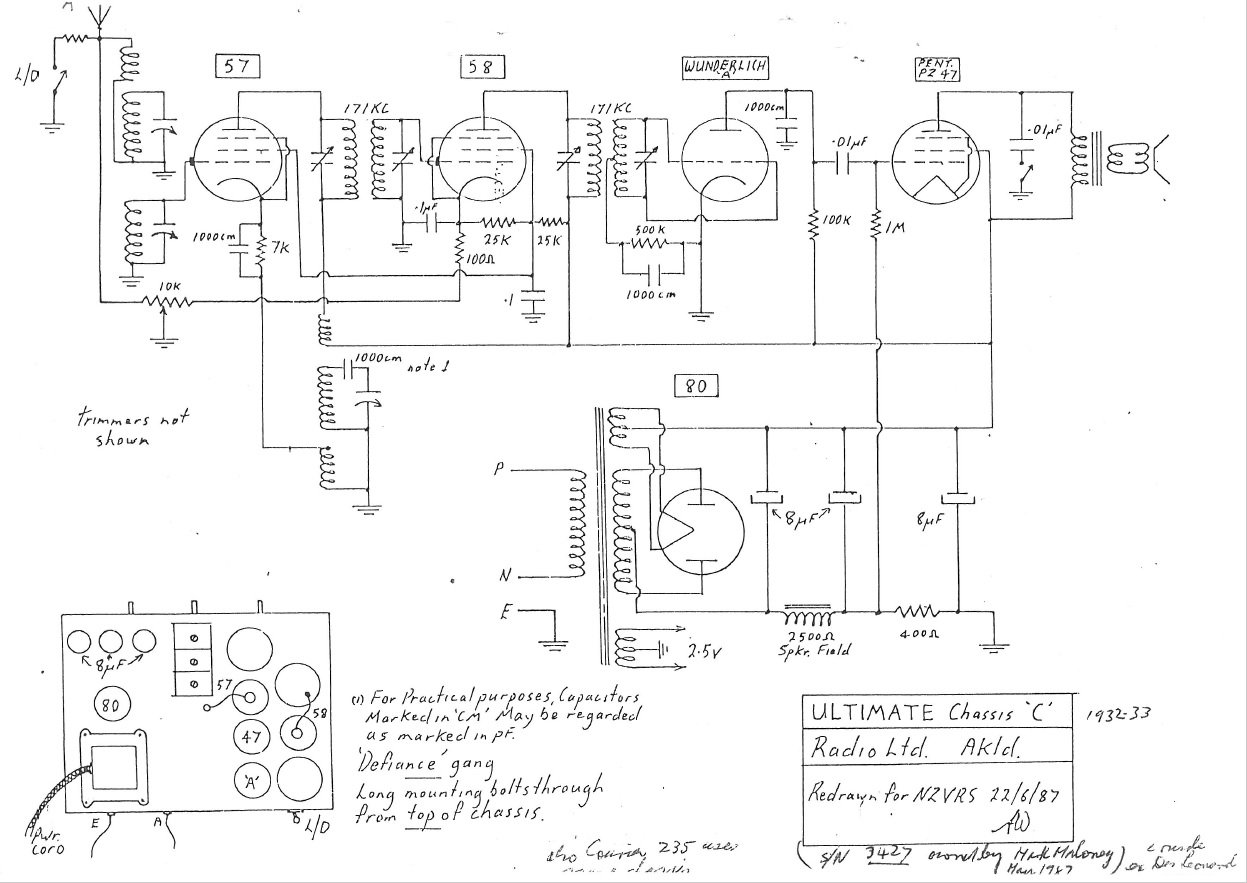