Note: at the time this radio was produced there were some areas in NZ (particularly parts of Auckland) which had DC mains which, for the most part, could not be used to operate typical radio sets made for 230V AC mains.  Most main manufacturers had a DC mains set in their lineup to sell to these customers (such as this one), or a service bulletin to convert specific sets in their lineup to DC operation (for example the model 12 from Columbus). 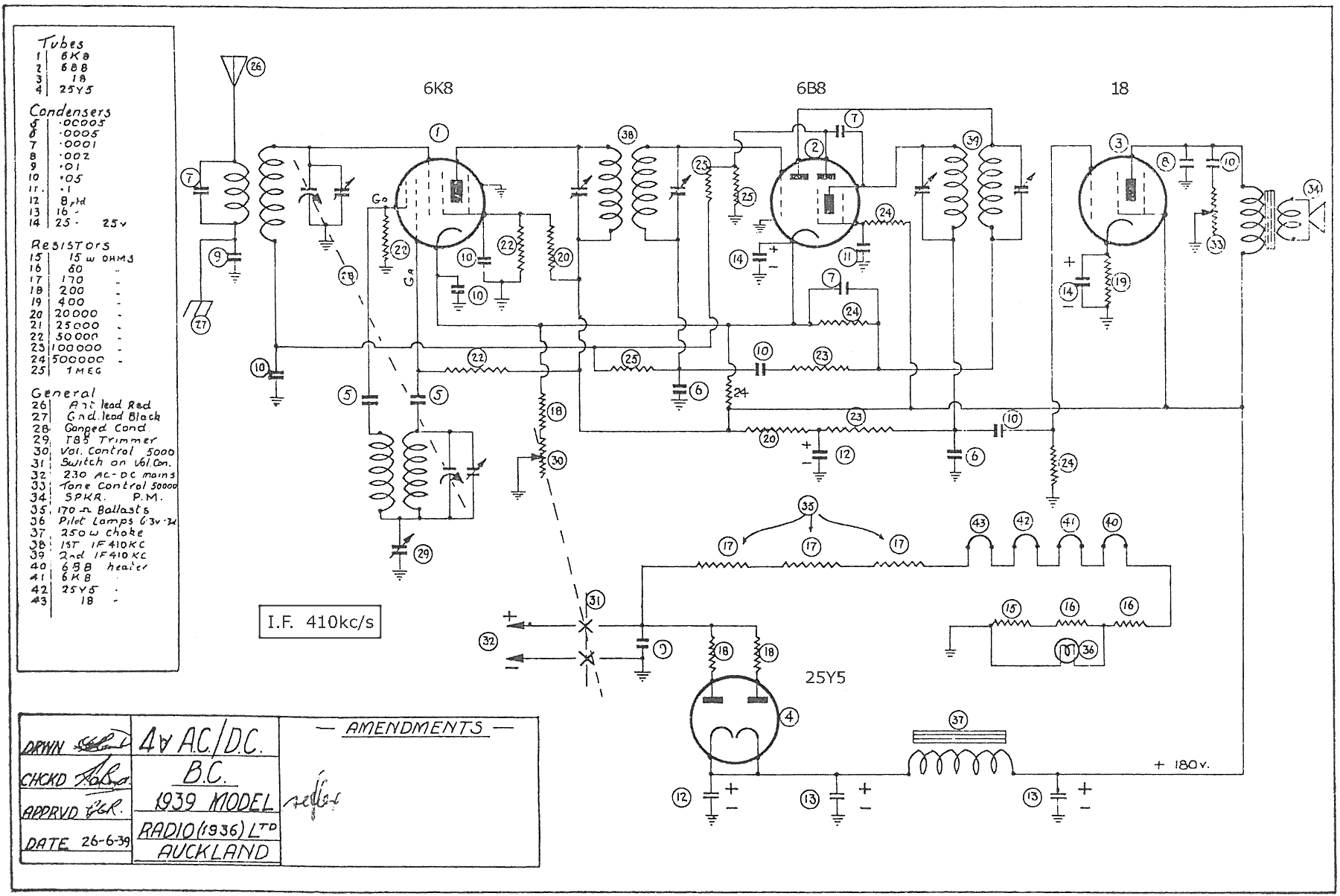