The model RA is a 5-valve dual-wave mantle receiver, although some consoles were made. The models RA and RB were the first designed and released after the end of WWII.  Most of them were released in a pressed tin cabinet as wood and veneer were in short supply immediately after the war.

On some later models the separate rectifier 6.3V winding was removed and the rectifier was run from the 6.3V winding for all other valves in the set.  Most likely this was a cost cutting exercise, however the 6X5 has a reputation for cathode shorts which could take out the power transformer, so this is not necessarily a good idea.  Anecdotal evidence suggests Australian (AWV) manufactured 6X5's were more robust than some of their US counterparts though. 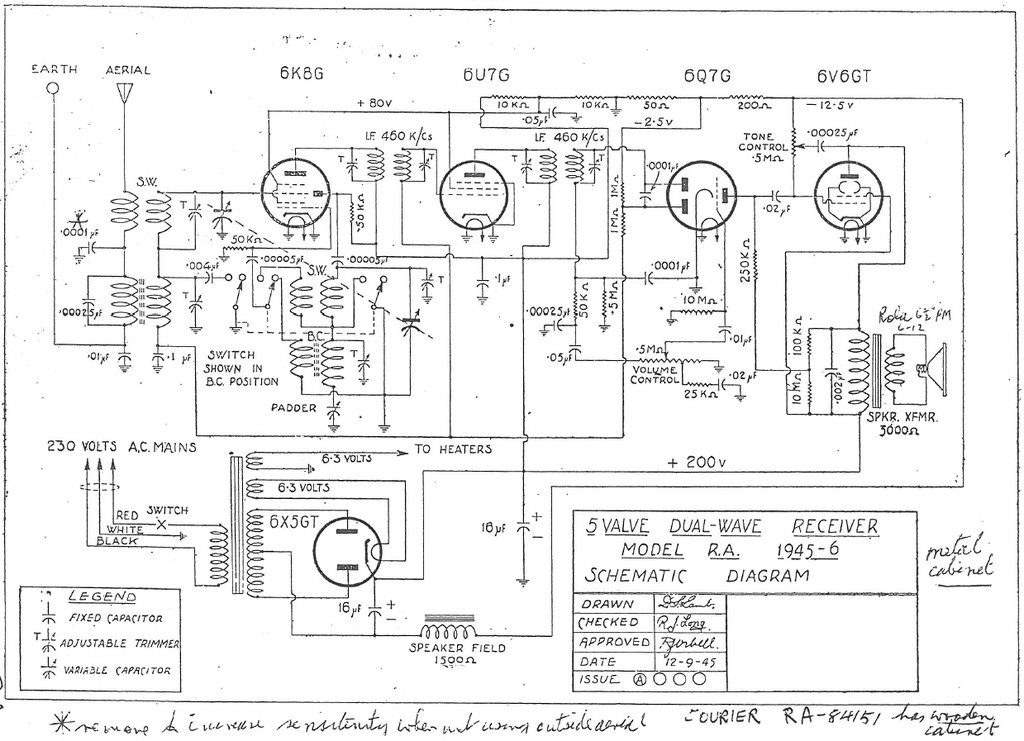