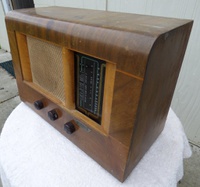 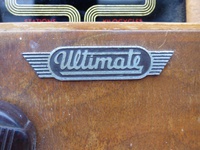 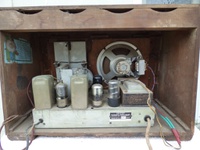 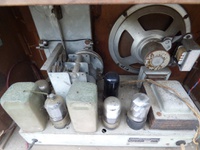 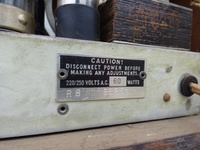 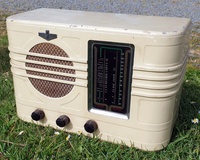 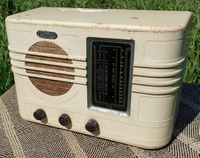 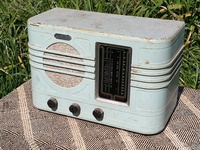 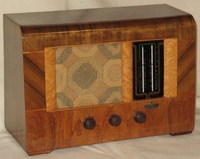 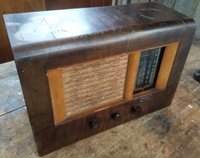 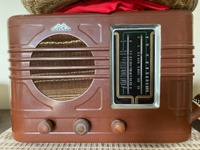 The Ultimate RB is part of the Radio (1936) Ltd, model RB series of radios.

Most were released in a novel pressed tin cabinet - and the popular belief is now that wood and veneer were in short supply immediately after the war, but this is unlikely the case here in New Zealand with so much forestry - its more likely that metal was in short supply.  Many radio factories had been engaged in war work, and would have spent the last few years getting very good at stamping out metal parts for equipment like guns and helmets - its possible that this model was an experiment using these newly minted skills.  Whatever the reason, it was short-lived with timber cabinets once again taking over until the advent of mass-produced plastic cabinets in the 50's.

A true example of badge engineering at its finest (?!) - examples have been sighted in almost every brand manufactured by Radio Ltd - and all are identical (right down to the dial artwork) apart from the badge on the front of the cabinets. 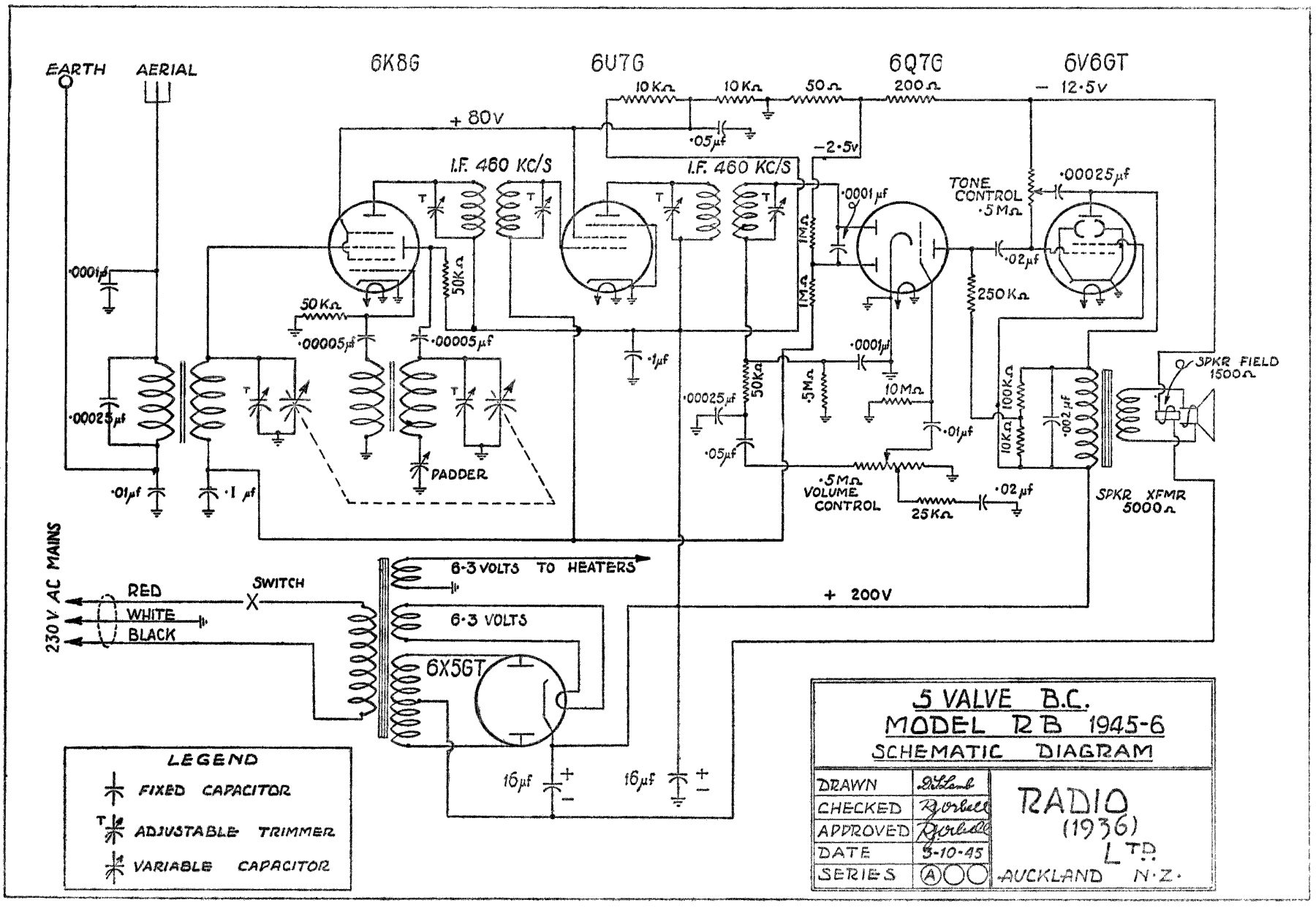