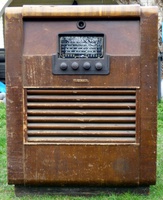 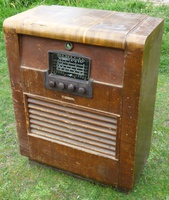 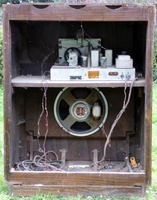 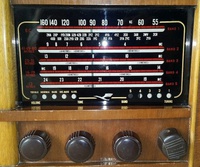 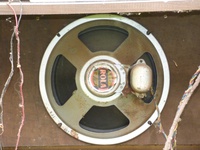 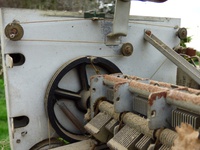 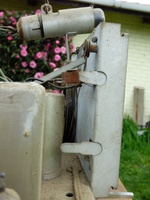 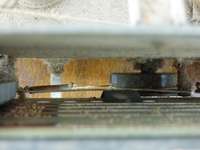 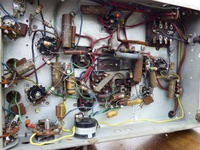 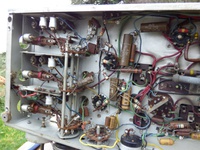 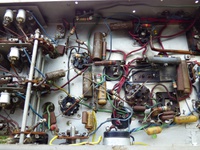 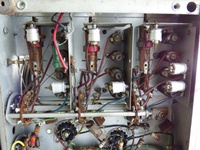 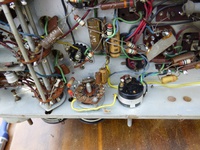 Released in the table cabinet with the timber slat across the grill, splitting it.  Then this cabinet was updated with a veneer panel across the bottom, removing the split.  It was also available as a console set and a radiogram. 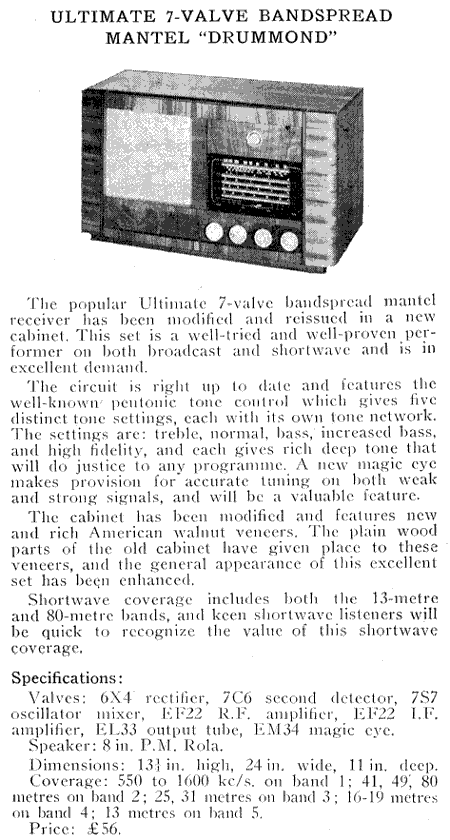 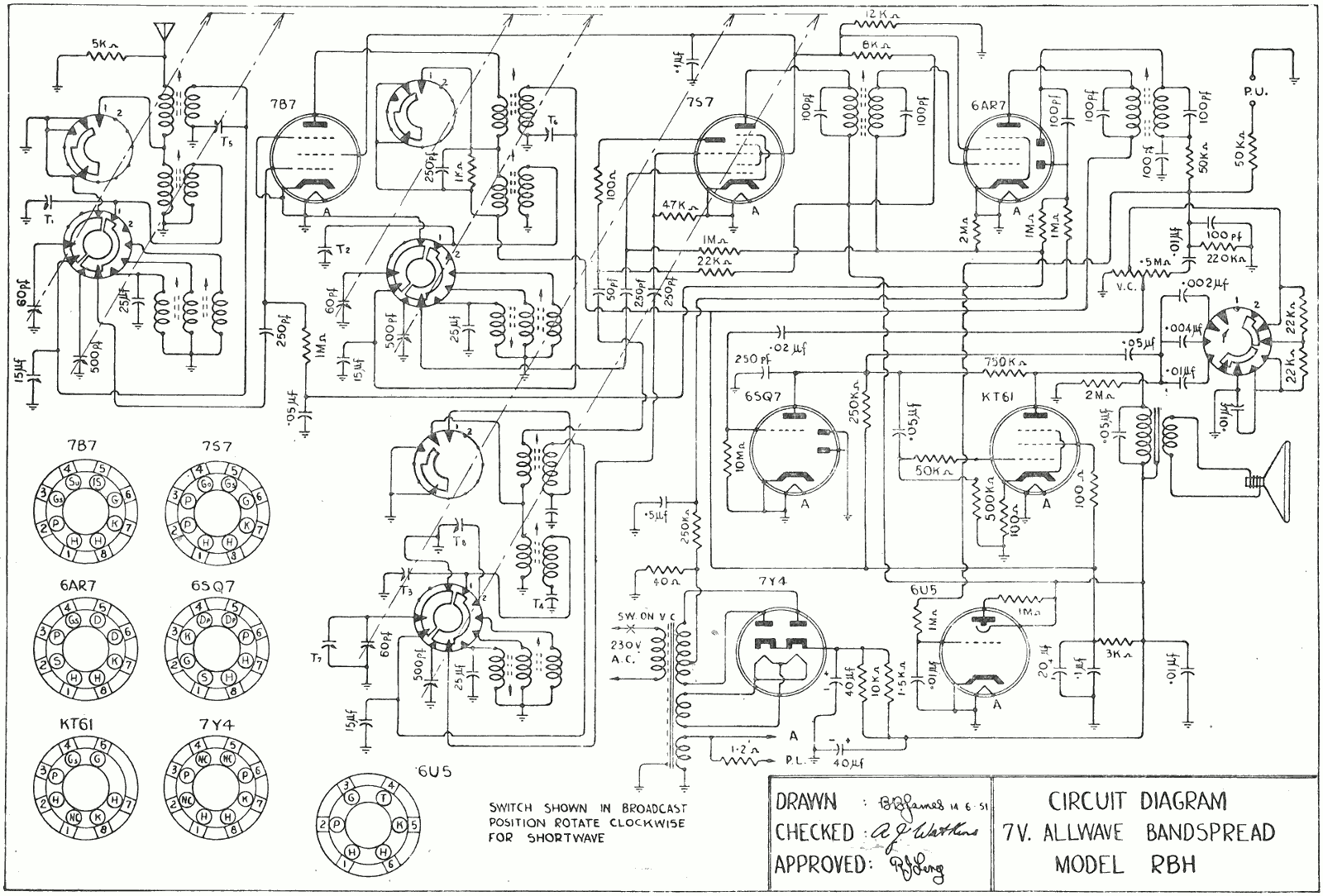 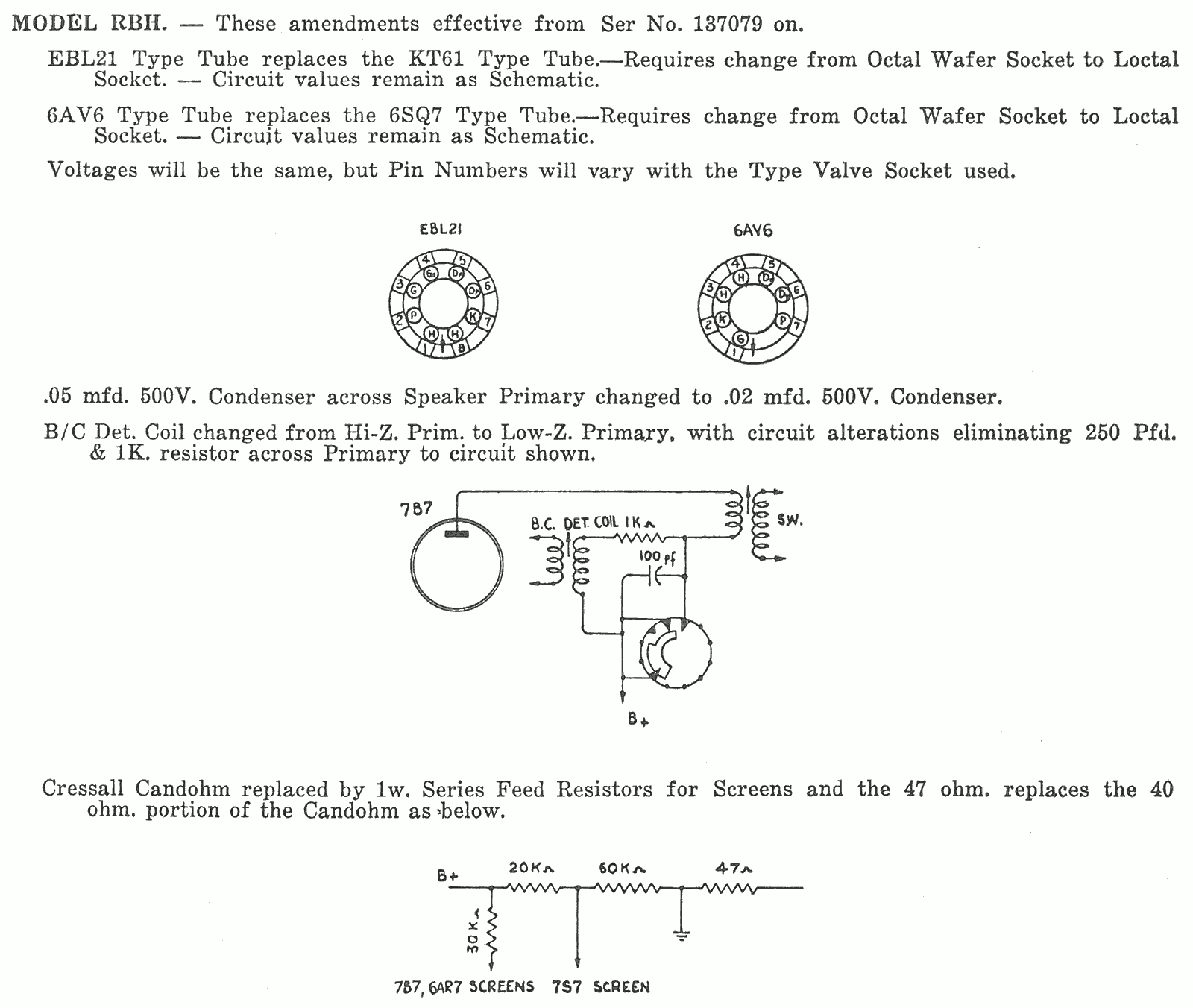