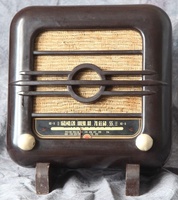 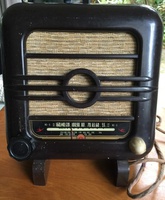 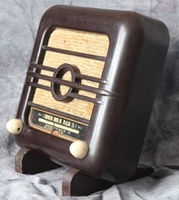 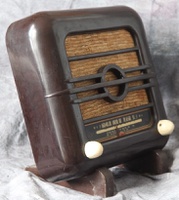 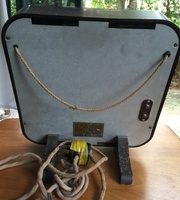 Quite a narrow cabinet made from bakelite, supplied with base for table or mantle use along with a string for wall mounting on a picture hook.  They gained a reputation for falling and breaking - hence the nickname of the 'Hanging Horror'.

Also released was an extension speaker in the same cabinet with the same mounting options, as seen here: 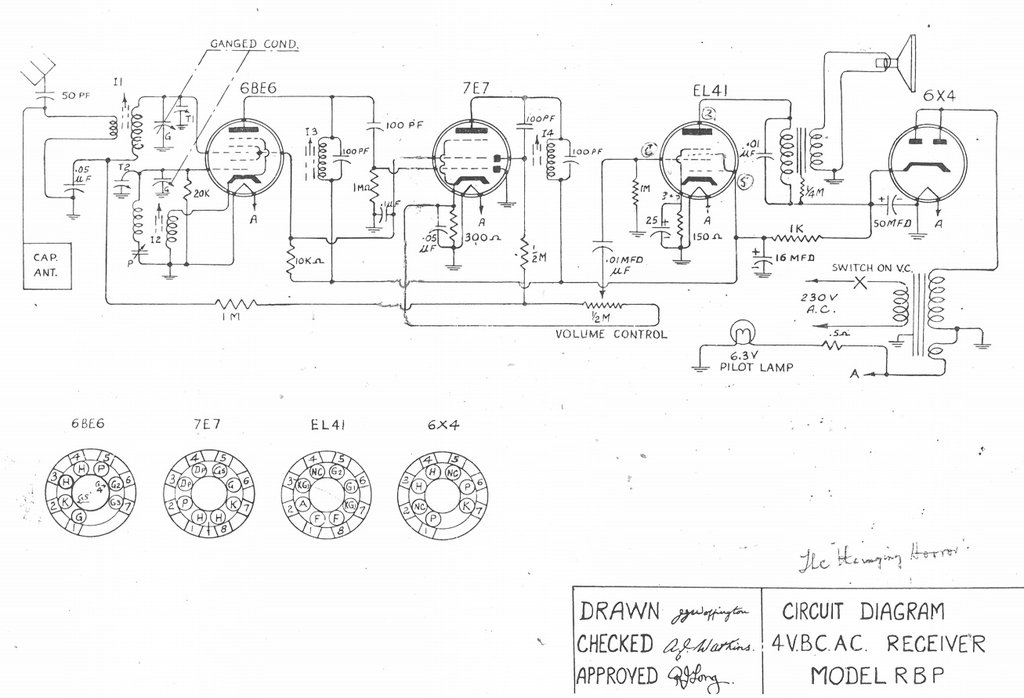 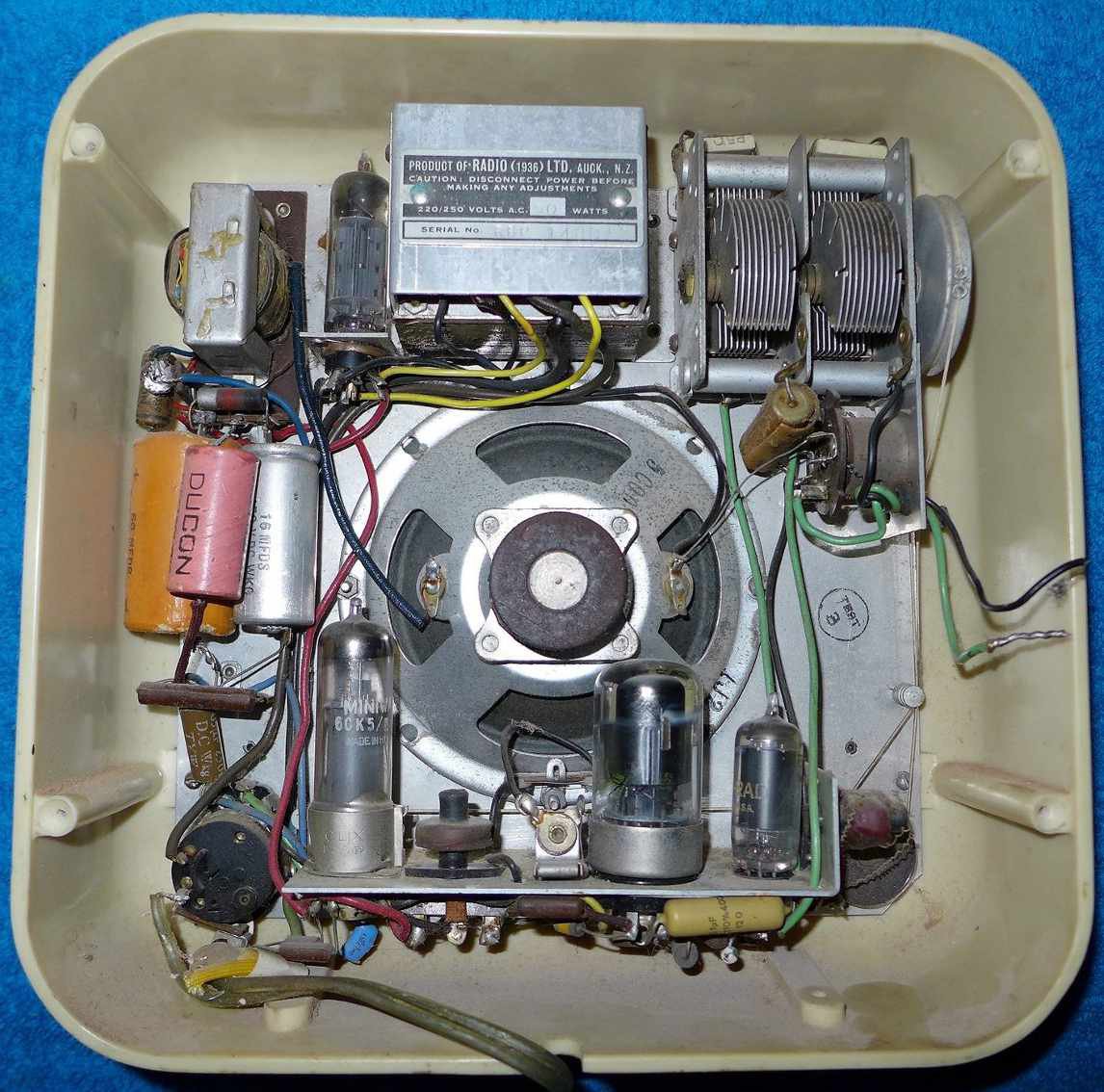