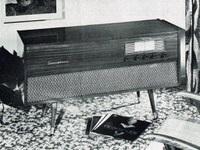 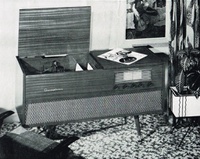 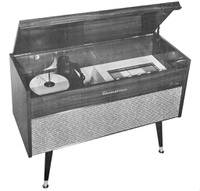 Available in 3 shades of Oak and 2 of Mahogany.  Fitted with a BSR UA14 stereo record changer and twin 6x9 Rola 'H' Speakers. 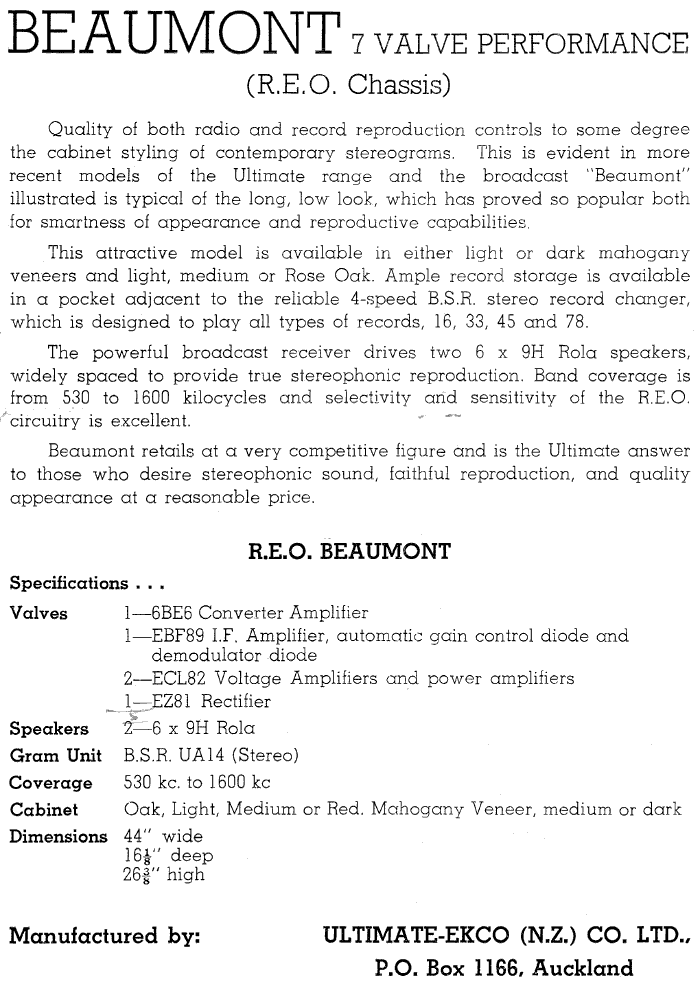 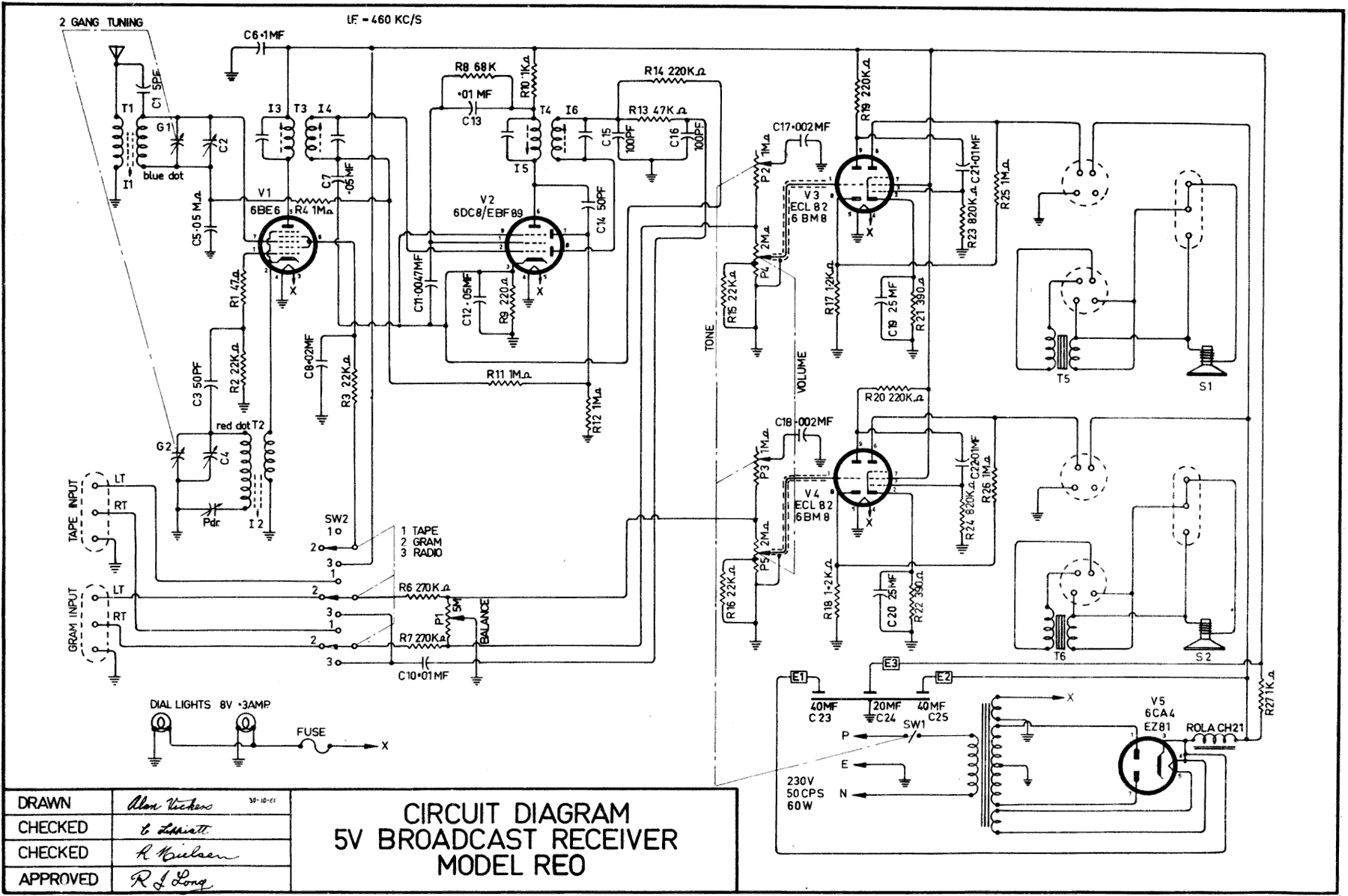 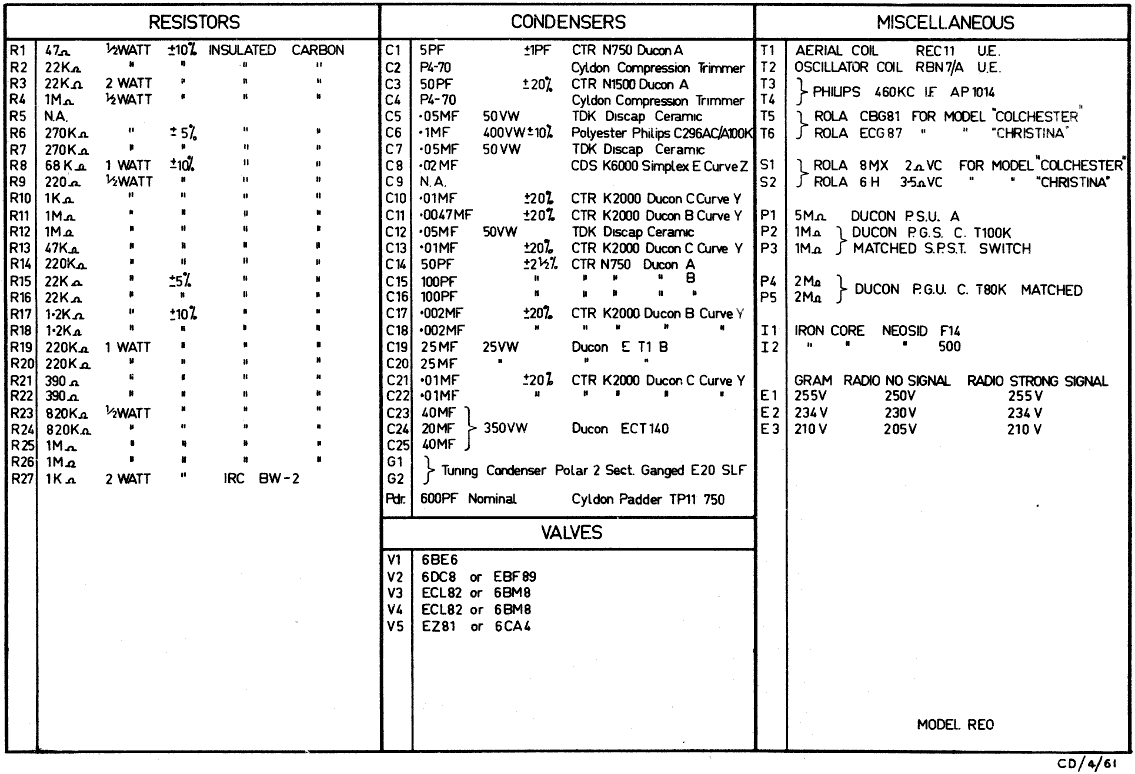