'Modern' design in black and white formica, broadcast only mantle set. Referred to as The Domino in advertising.

One photo from company promotional literature shows the code U108 rather than REV, which was a style of code typically used on stereograms during the Pye ownership era.  The photo, shown above, has a different dial to that seen on examples found for sale.

4 multi-purpose 9-pin (noval) valves including an EF89 RF stage and an ECL86 triode / pentode in the output. 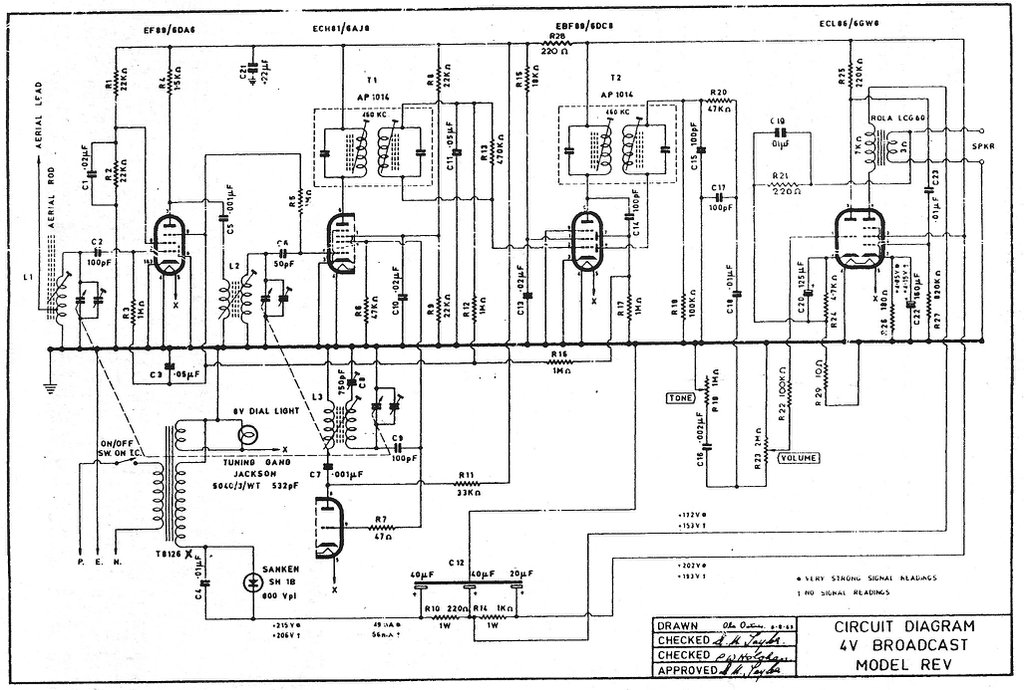