Airmaster's manufacturer is currently unknown, they were distributed by McCabes Radios . Currently there is 1 documented model.

Airmaster was McCabes Radio and Electrical's inhouse brand of budget radios.  The early manufacturer is unknown, although there were US and Australian Airmaster (or Air-Master?) brands, and some of the models below bear some similarities with their foreign counterparts, hinting that perhaps the origins of the brand (and indeed the early sets) could be off-shore.

From around 1938 onwards its almost certain that Airmaster sets would have been New Zealand manufactured, as tariffs introduced by the government around this time made imported radios far too expensive to compete against local products.

One model used the same cabinet as Philips (by Radio Corp NZ) used on their P516:

It's worth noting that the Airmaster set above was from a 1937 issue of the NZ Herald - VERY late in radio development to be selling a radio with an old-style peep-hole dial, which most manufacturers had dropped in around 1933.  Although cheap compared to other 5-valve sets, they probably weren't a great seller.  Indeed you could have had a much nicer and more modern 4-valve set from Ultimate for £1 less in the same advertisement.  While it had one less valve, it used reflexing and was the rough equivalent of a 5-valve set in performance. 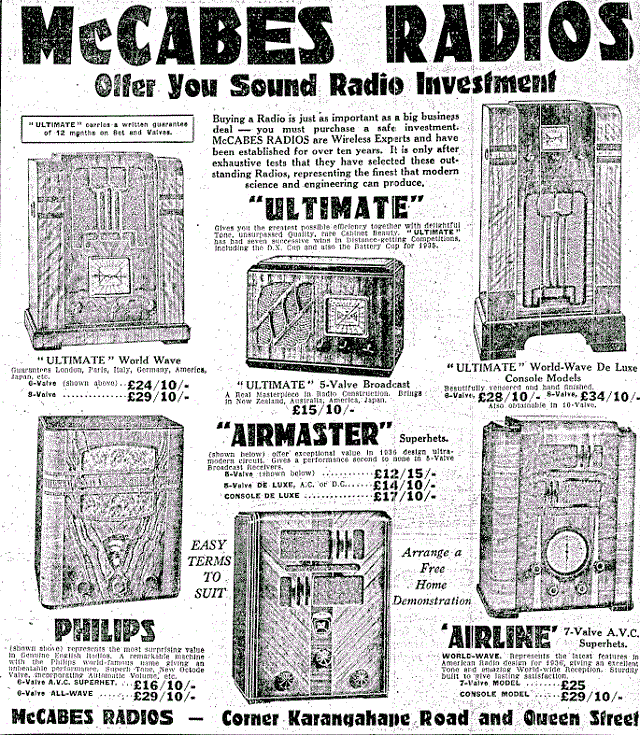 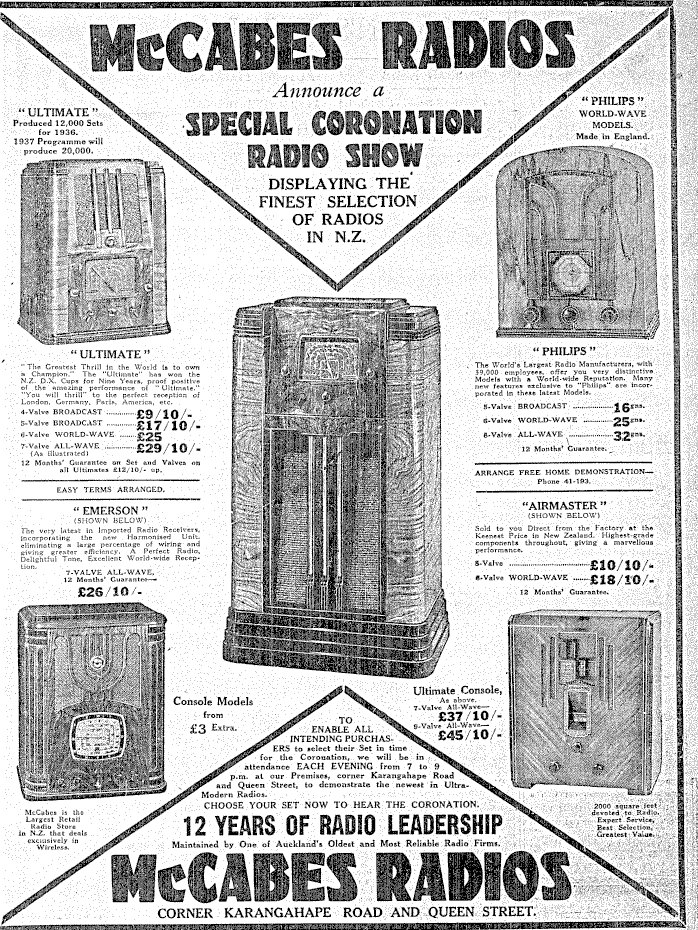 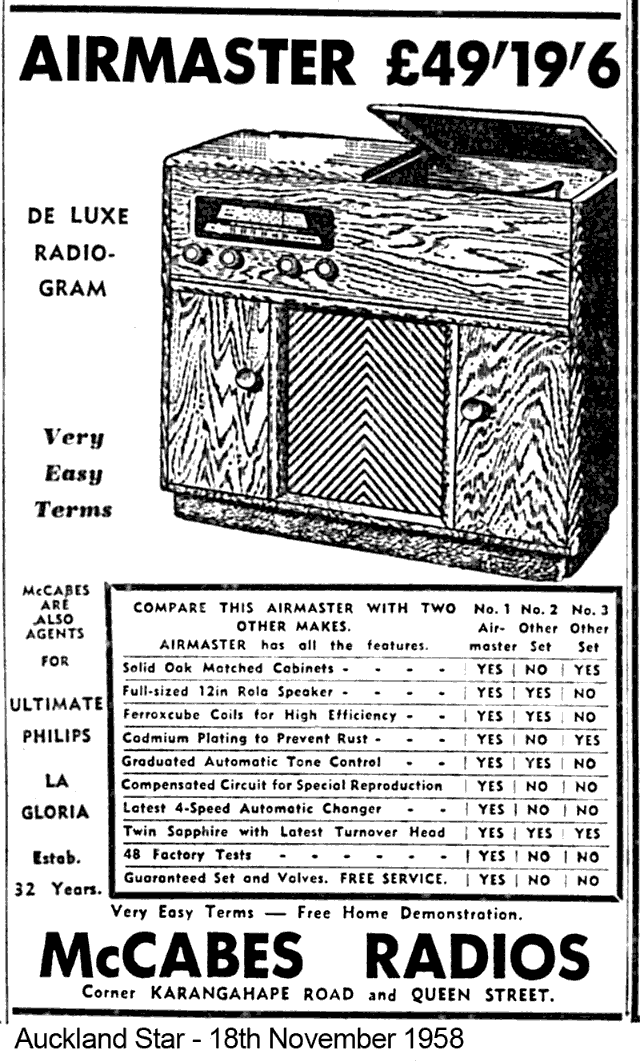 Note that this radiogram is identical to the Courier 'Special' model RCD, by Radio Ltd.