The 'Hinemoa' brand was introduced in NZ in around 1934 and lasted until around 1935.

Hinemoa's manufacturer is currently unknown, as is the distributor. Currently there are 2 documented models.

A little-known brand that may have been used twice.  The early usage looks to have been as a brand (or model?) from Johns Ltd with this set, seen in an old photo from the archives of John Stokes.  The photo has no other identifying information although the set looks to have been restored and could be in someone's collection?  If so, please make contact.

The later use could have been Christchurch-based.  Little or nothing is known about them, more information would be appreciated.  There is a Hinemoa St in Christchurch and there was a Hinemoa Hockey Club in the area as well around this time (although there are Hinemoa streets in other places as well - with Auckland having 3! - Hinemoa St, Avenue and Place),  But importantly only Christchurch-based advertising seems to exist for these later Hinemoa radios, and only in a brief window of time (1935/36).

There is a reference to Farmers in Christchurch having them available 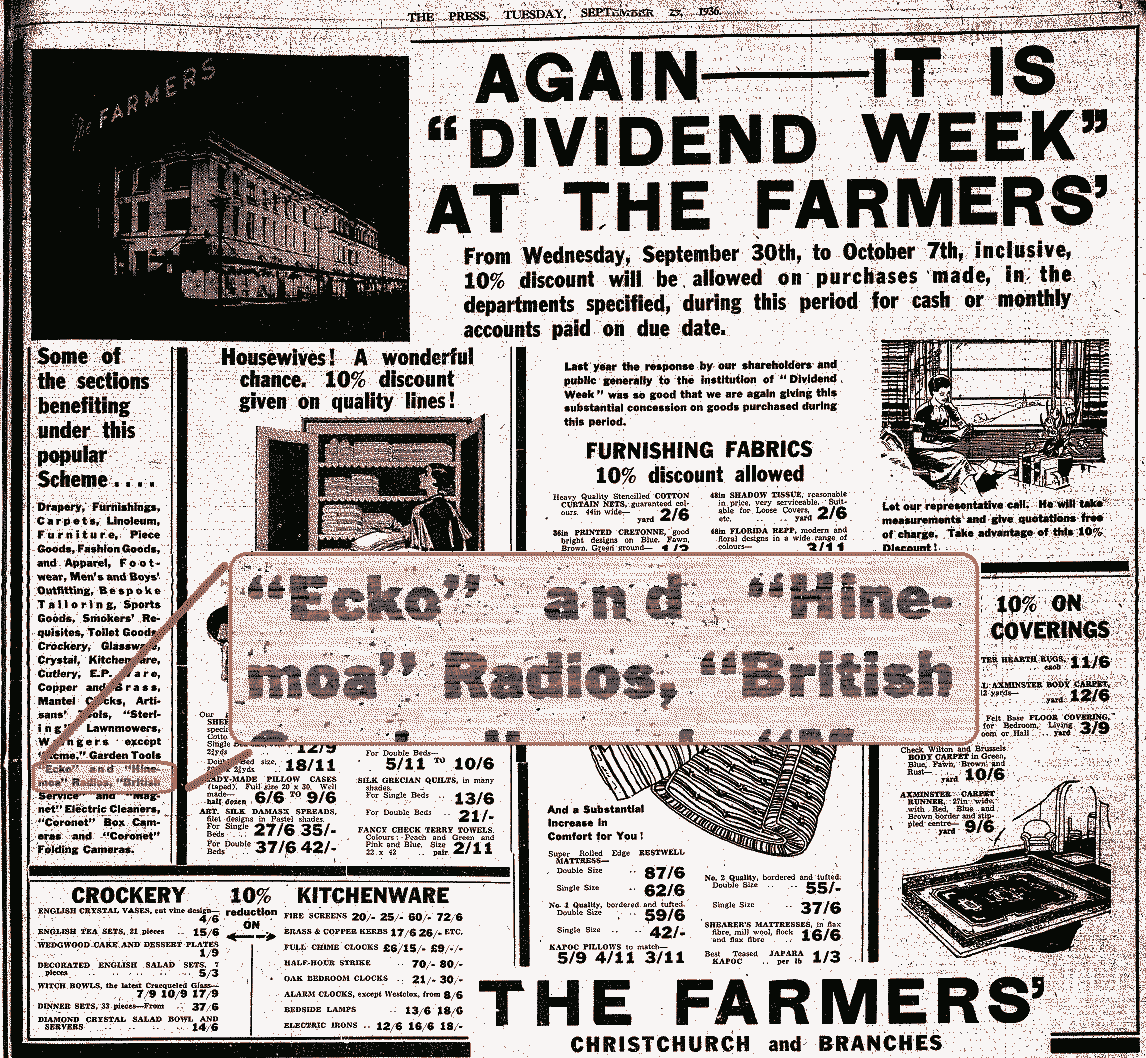 And some references to them in Christchurch-based radio auctions in 1935/36 - but nothing beyond that.

It's worth noting that some brands could possibly have been made specifically for radio auctions - notably, the Acme brand from Radio Corp NZ might have been one based on some partially recalled old chatter in radio club bulletins (which can not be presently located by the author).

The Hinemoa logo is oddly similar to the one used in advertising for the motion picture 'Hinemoa' from 20 years earlier, and the legend of Hinemoa seems to have been a popular one on stage and radio at the time these radios were made. 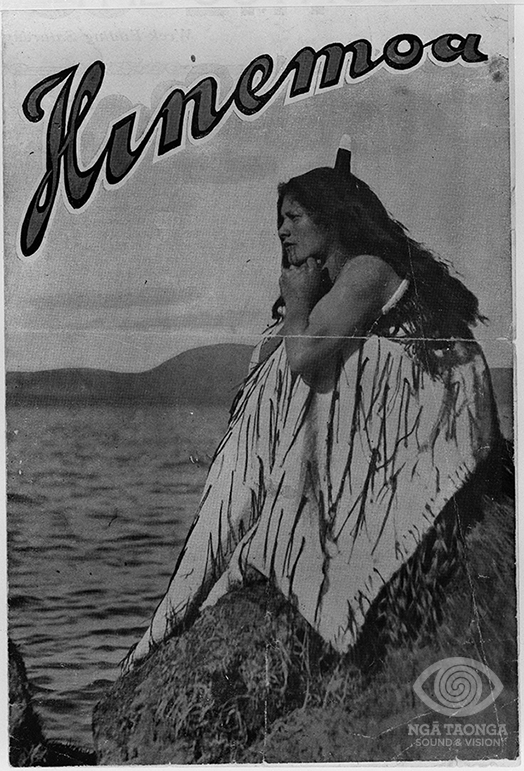 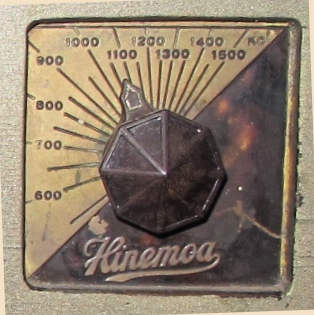