The 'Troubadour' brandname was introduced in 1932 and lasted until around 1935.

Troubadour was manufactured by Turnbull & Jones Ltd, they had various distributors. Currently there are 8 documented models.

Troubadour radios were originally produced by Turnbull & Jones in their Auckland workshops.  The earliest related advertising from June 18 1932, in the Auckland Star, shows them seeking two first class salesmen to handle the new Troubadour lineup. 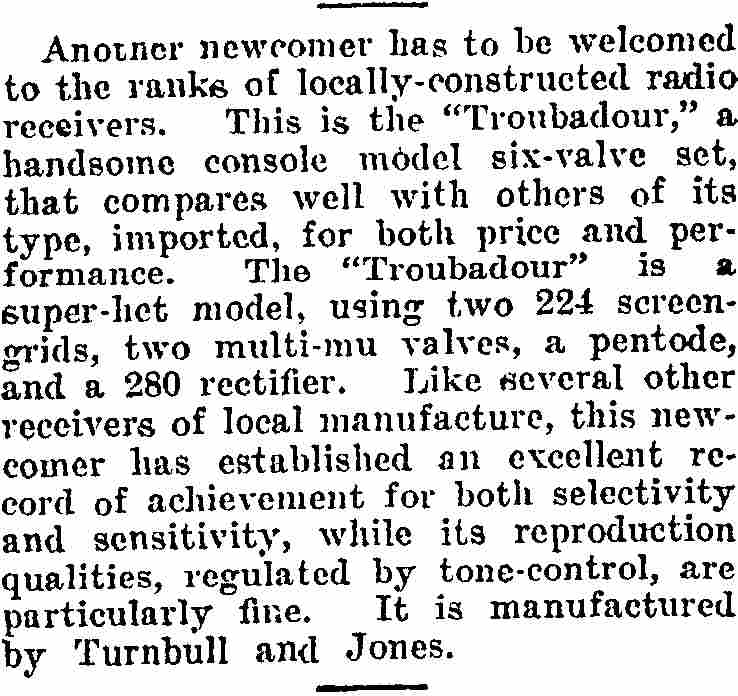 And Turnbull & Jones turned to nationalism to sell their new radios 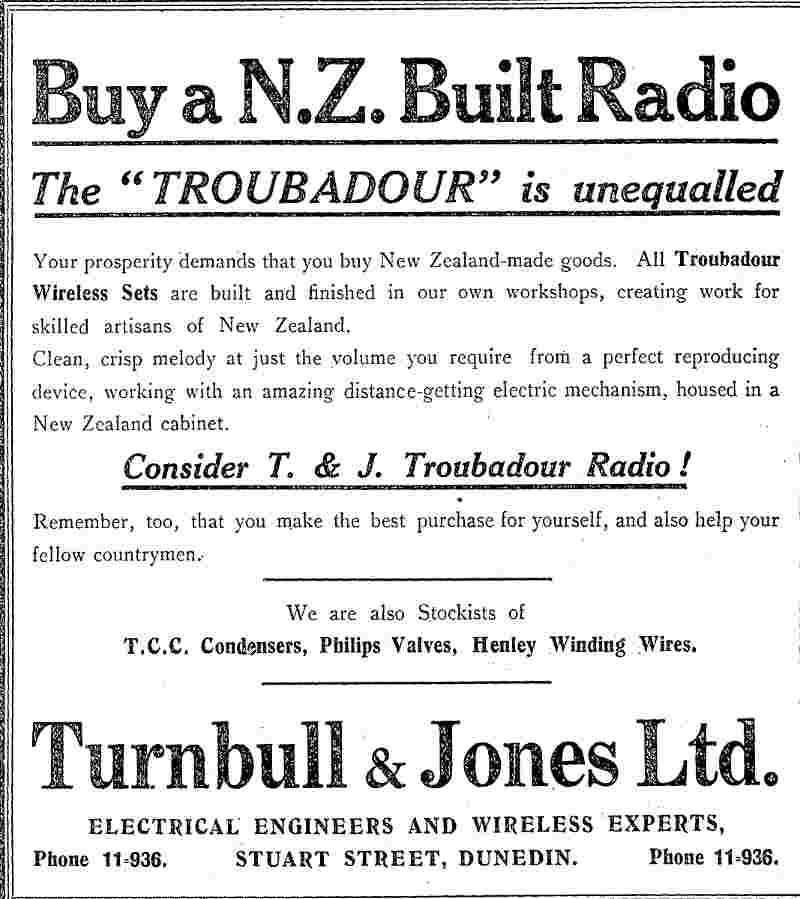 It seems there was much advertising of the new models in 1932, and these models probably carried over into 1933 as well, although there is a distinct lack of newspaper advertising for Troubadour in this year.

New models were seen in advertising in 1934, some of which (probably all) were manufactured by Radio Corporation NZ.

The Troubadour brand was retired soon after in favour of the up-and-coming Courtenay radios which Turnbull & Jones had taken over distribution for.