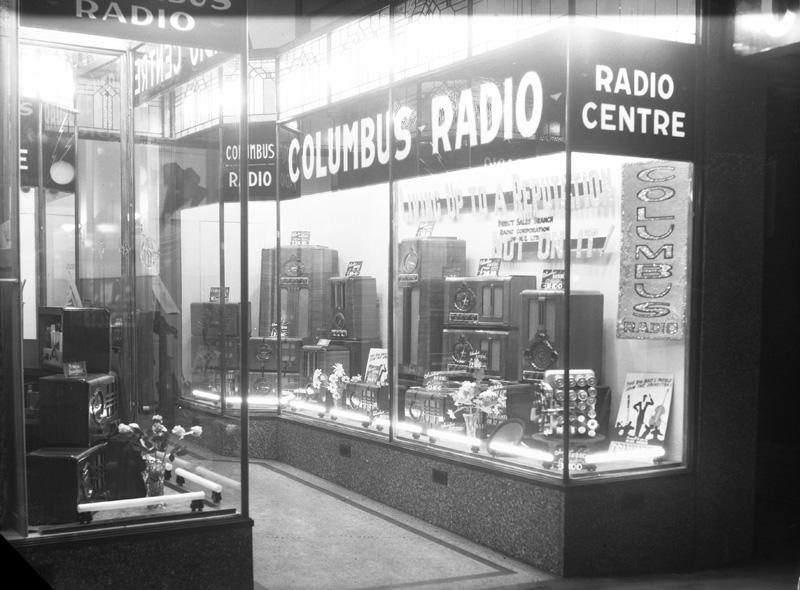 Columbus Radio Centres were set up to distribute Columbus radios, and numbered 33 stores around the country at one point in time. 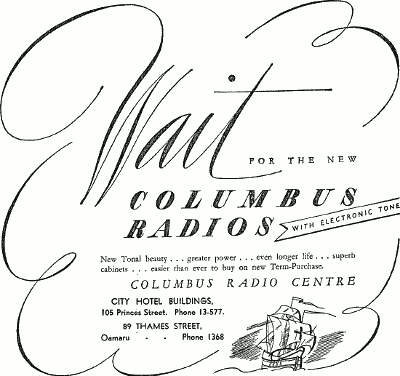 Advertising was sparse for most of the year, and predominantely covered radio servicing - however with the end of hostilities in September new models started to reappear in newspapers.

Adverts were also posted looking for ladies to relocate to Wellington for 'war work' with full training and board available.

Notices were posted in August asking purchasers to "wait for the new radios" - likely RCNZ knew the war was winding up and could see a time soon when domestic radio production would resume.

Through November and December model 55's, model 90's and model 14's were being advertised in papers around the country.

Much advertising of the new post-war models, a wide range of sets.

There is some very interesting information on the TANZA label, records sold in Columbus Radio Centres (and made by Radio Corporation of NZ who also made Columbus radios), here: