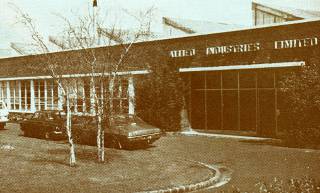 Allied Industries Ltd, a subsidiary of Fisher & Paykel Ltd and forerunner of Fisher & Paykel Electronics, was set up in 1957 to manufacture Murphy radios after obtaining the licence previously held by Westco (who had gone out of business). Initially Allied began manufacturing in the old Westco factory but moved to the new Fisher & Paykel factory in Mt. Wellington shortly afterwards. In 1967 the Amalgamated Wireless Valve Company of Australia (often referred to as AWA) became a partner and their Radiola brand radios were produced. Allied were also responsible for the manufacturing of various other products including TV tubes and electric fence controllers. 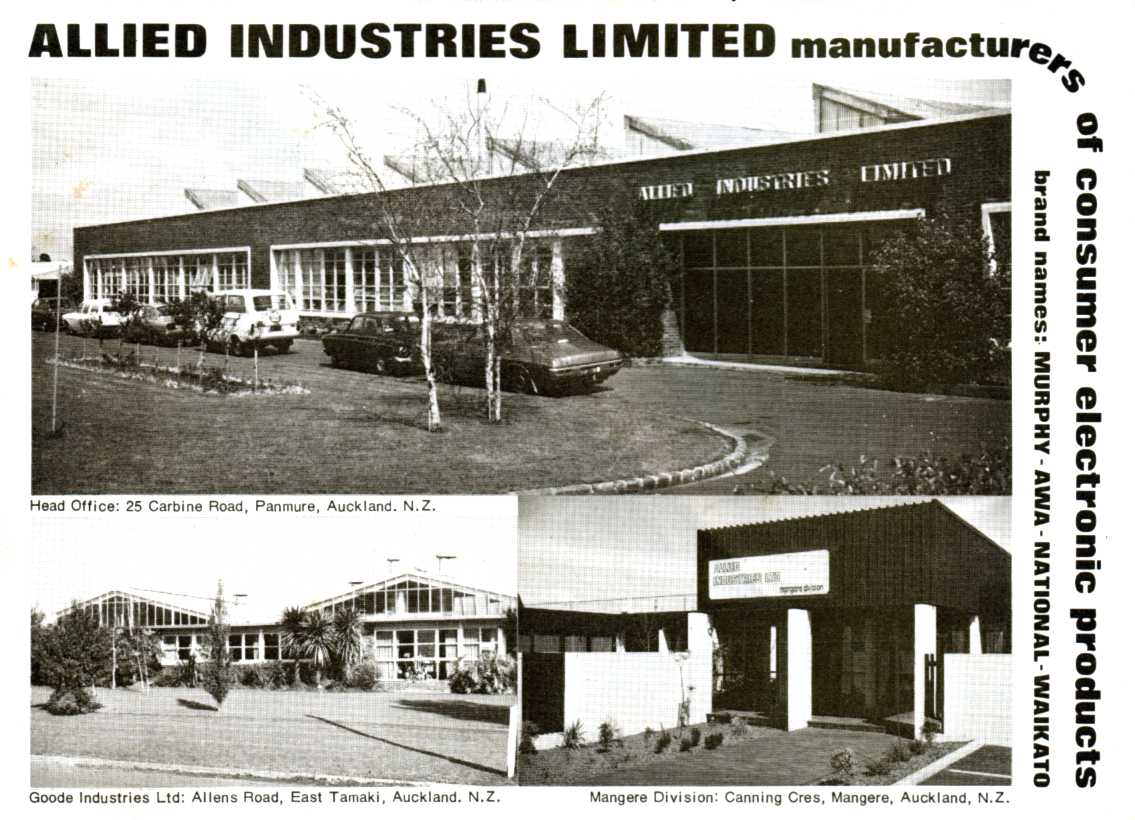 Goode Industries, as seen on the above postcard, was formed in the 1930's as G. C. Goode, they were cabinetmakers and built a huge range of radio cabinets for various manufacturers big and small.  Its reasonably common to find a little medallion or wax-seal shaped sticker inside NZ manufactured radios with G. C. Goode Ltd on it.  Allied must have purchased the company to produce cabinets for their Murphy and AWA Radiola products.

National was a later (Japanese) brand which replaced the aging Murphy brand in the 80's.  While the National name had been previously used in NZ by John Burns and Co., this use was not linked.  National, later known as National Panasonic, came in to NZ through a sole distribution agreement with Allied Industries in 1965 the same way some other NZ manufacturers linked up with overseas companies  - think Sanyo Autocrat, Ultimate Ekco and the like.  Early National appliances were manufactured here, but soon they just became part of the flood of Japanese manufactured goods coming in to New Zealand.

Waikato was a revolutionary brand of electric fence controller invented and patented by Kiwi scientist Doug Phillips, which allowed electric fences (previously limited to a few hundred meters) to operate over up to 35 kilometers.  Allied began manufacturing these in 1966.