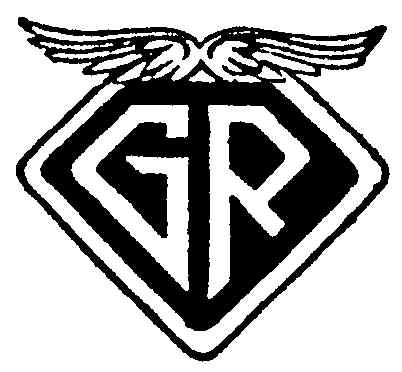 General Radio Ltd formed in South Auckland in late 1932, the shareholders being B. F. Israel and R Israel. 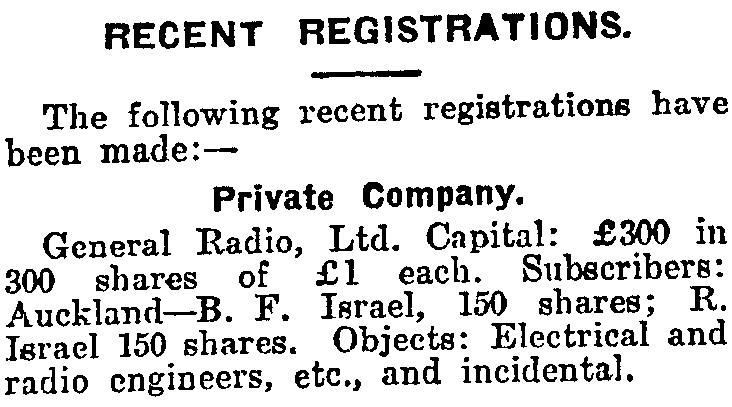 Not much is known for certain about them, however John Stokes (who seemed very intolerant of any form of copying) referred to them as 'a rat bag NZ company' - in reference to their having blatantly copied the name of the world-famous American company General Radio and the slogan and logo of British firm A. F. Bulgin - 'The Choice of Critics', to use on their house brand - Genrad.

Interestingly, they may not have been New Zealanders at all - B. F. Israel appears to have been a wireless operator and mechanic in the Australian military.  1929 he started a radio business in Sydney with one R. H. Shaw, who might have been his future wife, as the same first initial is seen in the company registration notice here in NZ, only with his last name.

The Australian company appears to have been in business for just over a year before being placed in receivership.  A notice to that effect was placed in the Construction and Real Estate Journal, Wednesday 13th May 1931, and tenders for their plant were being called for.

A year later, he and his wife landed in Auckland at 11:35am on 27th of September 1932 on the Mariposa, having traveled first class (shipping news, New Zealand Herald, Page 6).  Shortly after they set up shop at 110 Great South Rd.

General Radio products appear to have been well engineered and professionally constructed. It is not known what happened to them, but they appear to have disappeared off the scene by the end of 1934.