Radio Corporation of New Zealand Ltd was formed in 1934 and closed in 1959. 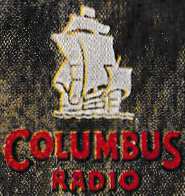 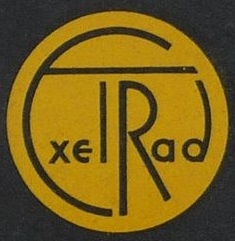 Radio Corporation of New Zealand started as a part-time business in down-town Wellington, and grew to one of the largest electronics firms in the country. 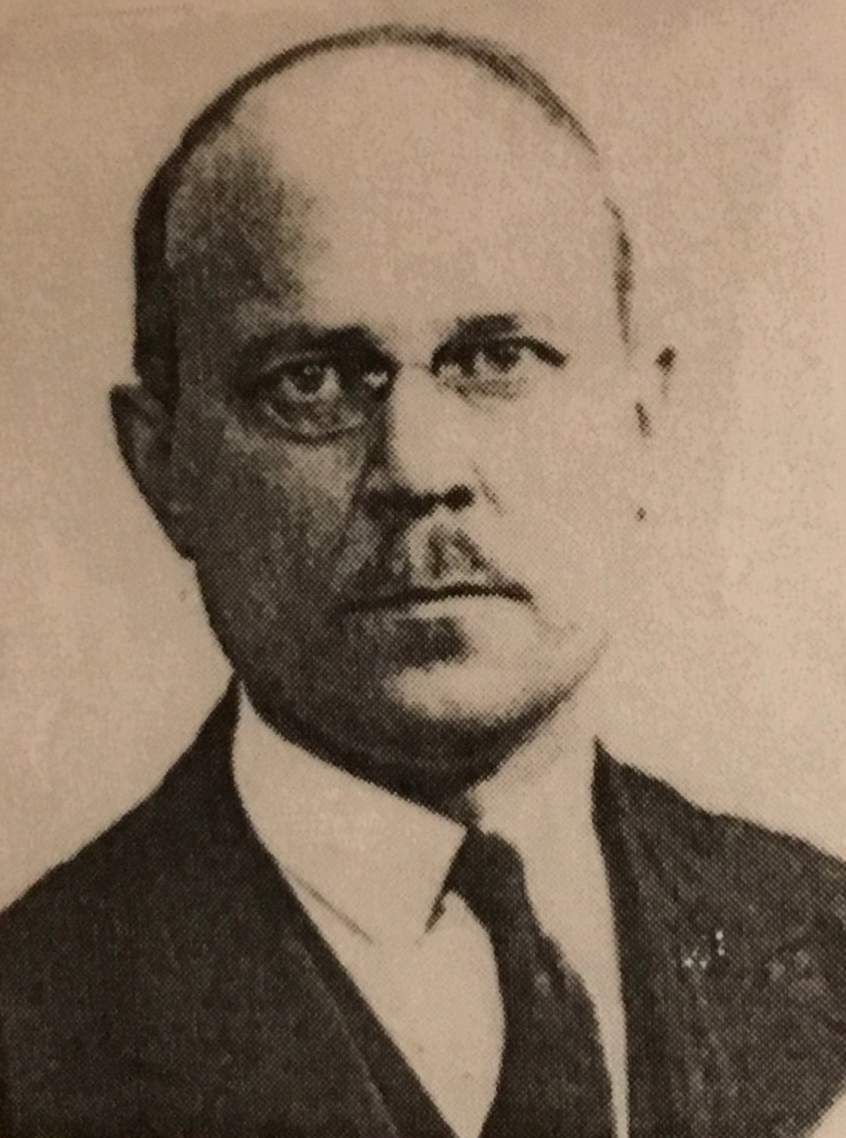 William Markoff emigrated from Russia in 1926, changed his name to Marks and began working as an electrician for the Wellington City Council.  In 1930 he started his own business repairing electrical equipment, making amplifiers and winding transformers in a small shop in Cornhill St, and the company was formalised in 1931 as W. Marks Ltd.

Earlier that year Marks struck a relationship with Stewart Hardware on Courtenay Place who became the distributors for his new radio receiver - a simple design using a crystal detector and 2-valve amplifier.  That radio was the first 'Courtenay', but it definitely wouldn't be the last.

By the end of 1932 Marks made his intentions for the company clear, changing the name to Radio Corporation (N.Z.) Ltd.  His staff now numbered close to 50 and the company was producing around 500 radios per month. 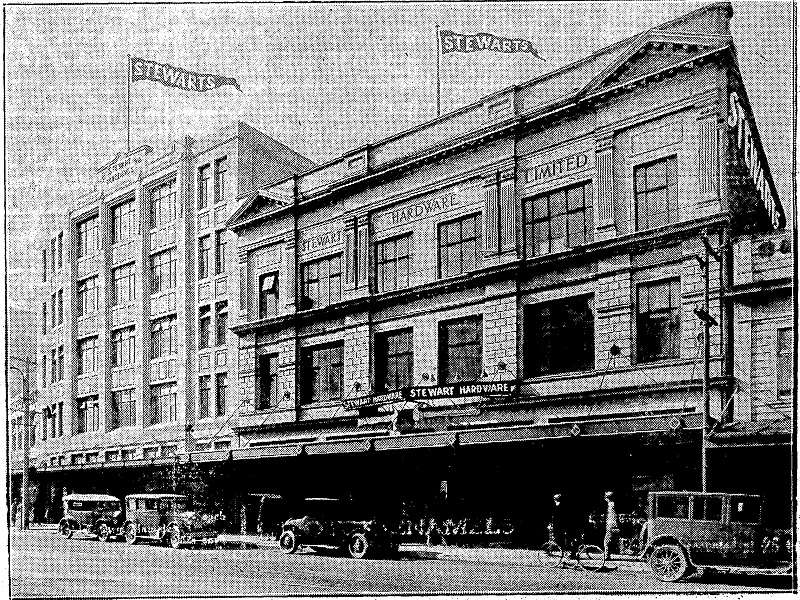 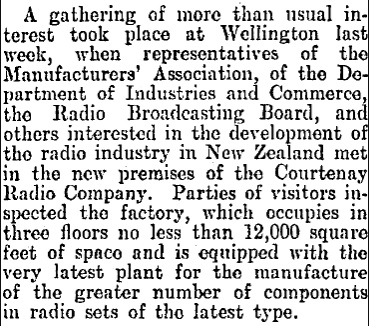 There is an article from the Evening Star in September 1933 that references a meeting at the new Courtenay Radio Ltd premises, and mentions that their manufacturing facilities were spread over three floors - so Courtenay Radio Ltd and Radio Corporation (N.Z.) Ltd were in the same building together by this time.  Over the years this one location would spread the width of the block to Wakefield St and cover six properties that the company would own freehold.  This sprawling industrial complex would house almost all the areas of industry needed to manufacture modern radios - heavy presses, electroplating, glass etching and screenprinting, electrical assembly, component manufacture, coil winding, offices, classrooms, and more.

At the time Radio Corp moved into the Stewart Hardware building they also began manufacturing other 'private' brand sets, including Acme, Pacific, Stella and CQ.  Pacific in particular seems to have been started at the same time as Courtenay Radio Ltd - as their new business notices were side by side and word for word identical apart from the names. 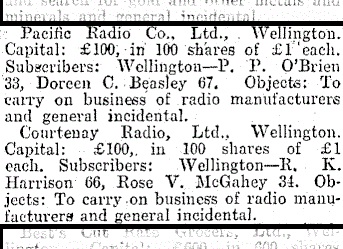 In 1934 distribution of Courtenay radios was taken over by Turnbull & Jones, Electrical merchants and engineers further down Courtenay Place.  They also sold a line of RCNZ coils and transformers (and later radio kitsets) made for them under the Exelrad brand.

In approximately 1935, Jack (Jens) Jensen travelled to New Zealand with his family for approximately 18 months to work for Radio Corp and help them develop a line of electromagnetic speakers (and the plant to manufacture them) suitable for use in their receivers - which he did, developing the commonly found dark green speakers found in most sets for over 20 years afterwards.  These speakers provided excellent sound and were easily adjusted if necessary.

Radio Corp also supplied speakers (both EM and PM) to Swan Electric at times to help bolster the availability of Rola speakers to the wider New Zealand radio industry - particularly after WW2.  Swan also provided smaller speakers, 5" particularly back to Radio Corp until they were able to gear up to make their own in around 1946.

By 1936 it is said that the strain of short uneconomical runs for the private brand sets meant the company needed to change, although by this stage all brands got the same chassis with a different badge and dial, so this might not have been the whole story.  Whatever the reason, Radio Corporation (N.Z.) Ltd was reorganised as a public listed company and renamed Radio Corporation of New Zealand Ltd.  All agreements with private brands other than Courtenay were terminated shortly after, and 1937 was the last production year for those.

Also in that 1937 sales season a new RCNZ in-house brand, Columbus, was introduced. Several models were released in the first year, perhaps the most notable being the model 38 6-valve + magic eye with a 2-foot long spiral dial - and the Columbus cabinet options were quite ornate. 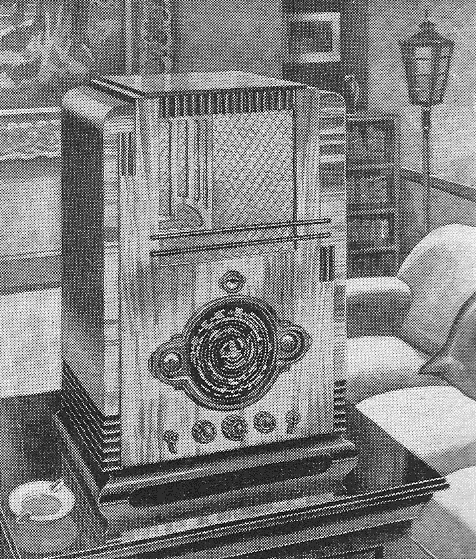 During this reshuffle RCNZ also set up a subsidiary company to run a nationwide chain of stores, Columbus Radio Centres, for the distribution and servicing of Columbus radios.  They also produced a wide range of test equipment to equip all of those new service departments.

It is worth noting that RCNZ manufactured as much as it could - mica and paper capacitors, transformers, speakers, bakelite knobs, valve sockets, wafer switches... and they had the ability to etch and screen print their own dial glass, press and cadmium plate their own chassis' and produce a set that was on par with anything that could be imported from the US.

The war curtailed manufacturing somewhat, although they had stockpiled a lot of parts and sets to continue selling through the wartime (something that caused other manufacturers to cry foul, although it was investigated and found RCNZ had done nothing wrong, they had simply stockpiled.  They also contributed to the war effort, manufacturing sten guns, army helmets, the ZC1 radio, and more.

Post-war set production started slowly due to shortages of supply, but RCNZ continued on as it had, producing good quality sets - building on the bandspread receiver technology it had pioneered in 1940.

The passing of William Marks was noted in the December 1946 issue of Radio and Electronics.  It was at this time that executives at RCNZ began to diversify - Marks had only ever wanted to sell radios and their accessories so with his death the company was freed to begin investigating new ideas.  One of these ideas, recording advertisements, led to the eventual introduction of the TANZA label and the associated recording studios.

In 1956 Turnbull & Jones ceased trading in radios and the Courtenay name disappeared from use with the model 45 and 46 (BC and DW respectively) being the last models to be sold under that name.

Around that time Australian Radiola sets began appearing in the Columbus lineup - badge engineering at its finest... but the once great company was in decline.  In 1958 Radio Corporation of New Zealand Ltd sold out to Pye (N.Z.) Ltd.  Astor sets began to appear alongside Columbus models - but not for long.  By 1961 the once-massive Columbus name had disappeared from the landscape, Radio Corp's buildings sold at public auction and the company was finally wound up.

Radio Corporation of New Zealand Ltd had come from humble beginnings to become one of the largest electronics companies in the country, one which had pioneered world-leading technology, overcome shortages by making many of its own parts in-house and who became a household name in Radio.  Today many of their radios are very collectible - they are gone, but remembered fondly by those of us who have a passion for their products.