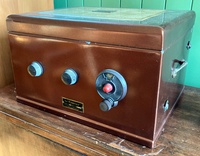 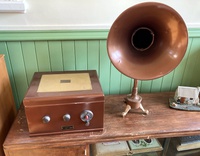 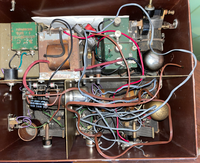 The Courier model ES was manufactured by J. Wiseman & Sons Ltd in 1930.

This was the first mains powered radio from Courier and used a screen grid detector, pentode for the output and a rectifier valve.  Advertising began in late 1929 but it is generally accepted as being a 1930 model.

John Stokes noted in an article for the NZVRS (bulletin 16.4) that this model used a wavetrap to overcome the inherent lack of selectivity resulting from the use of a single tuned circuit. 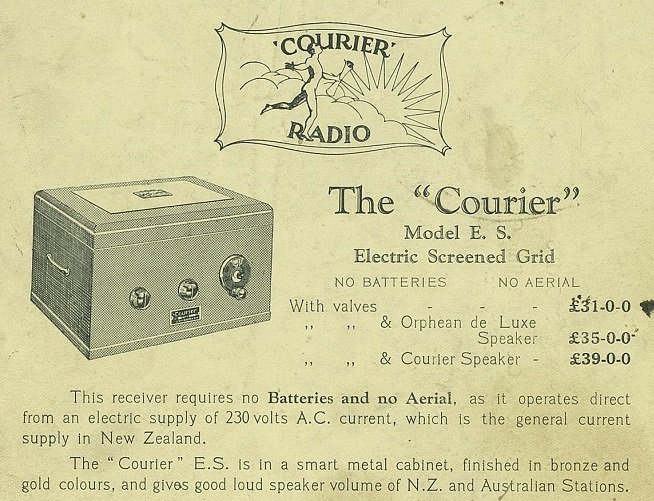 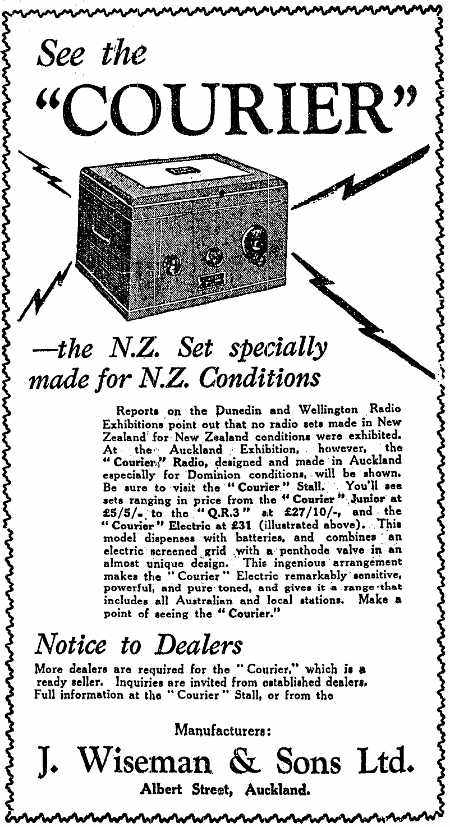