The Courier model QR3 was manufactured by J. Wiseman & Sons Ltd in 1929.

Incorporating a feature seemingly unique to Couriers at this time, band changes being made with the flick of a switch - a seemingly ridiculous detail, but at that time sets required coils to be changed (the coils were typically wound on plug-in formers) in order to select the listening band.

Both the switched bands and quenched radiation ('QR') features were patented in New Zealand, patents 59508 and 59677 respectively (Note: in More Golden Age of Radio by John Stokes the patent numbers listed in the Wisemans section are wrong).  Both patents are attributed to Herbert Edward Parsons who appears to have been Wisemans radio engineer.

This set was marketed as NOT radiating any squeals or other interference which some poorly designed (or poorly operated) radios of the time were prone to do (getting the owners in trouble with the authorities and their neighbours) - hence the 'Quenched Radiation' part of the name. 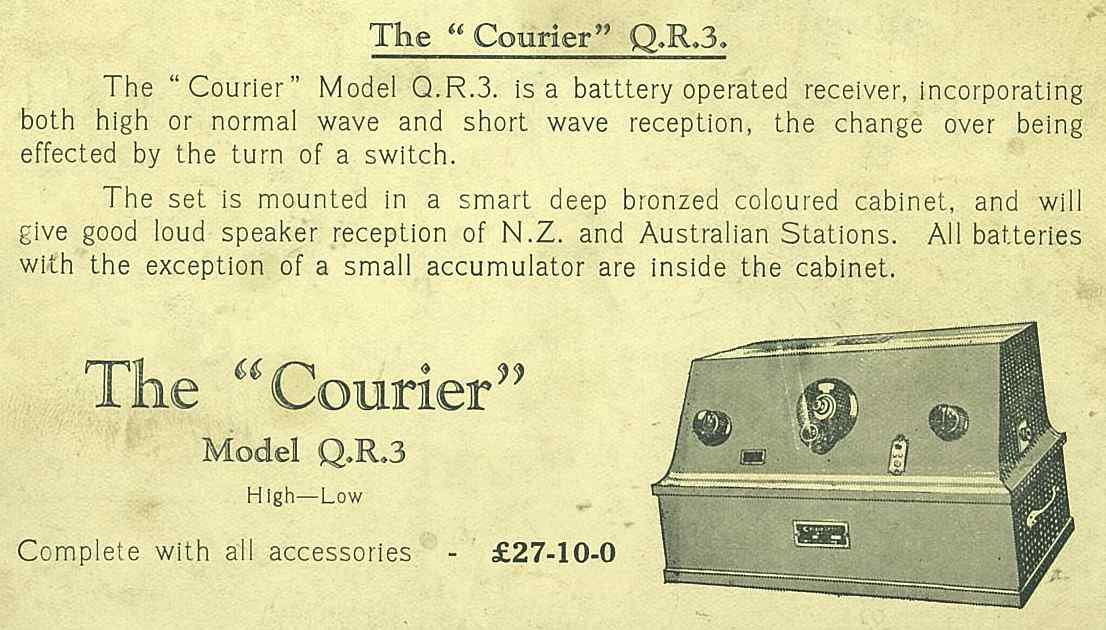