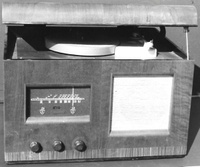 The Courtenay model 19 was manufactured for Turnbull & Jones Ltd by Radio Corporation of New Zealand Ltd in 1950. 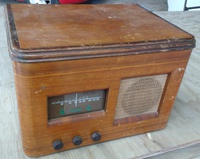 19 : gram switch is toggle beside platter

19N : Updated to use miniature valves 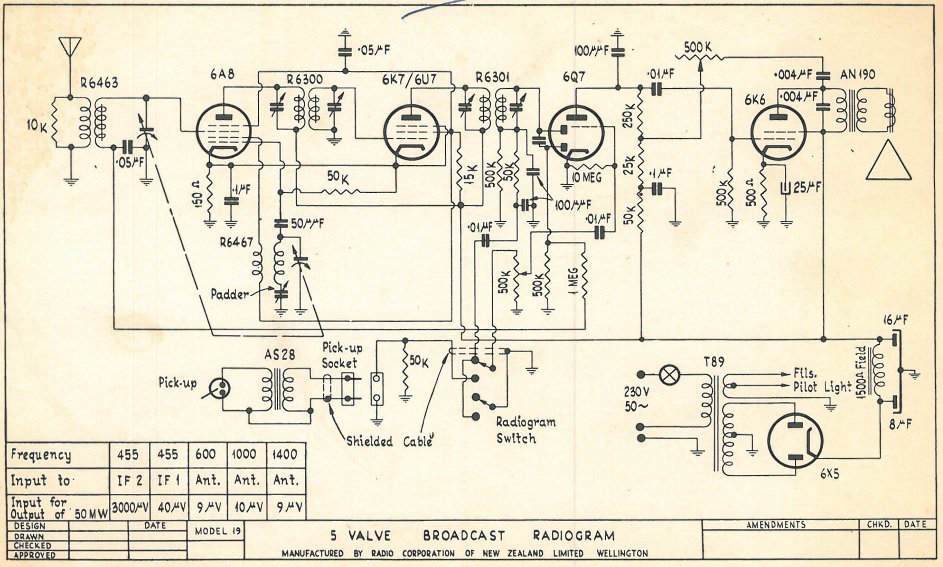 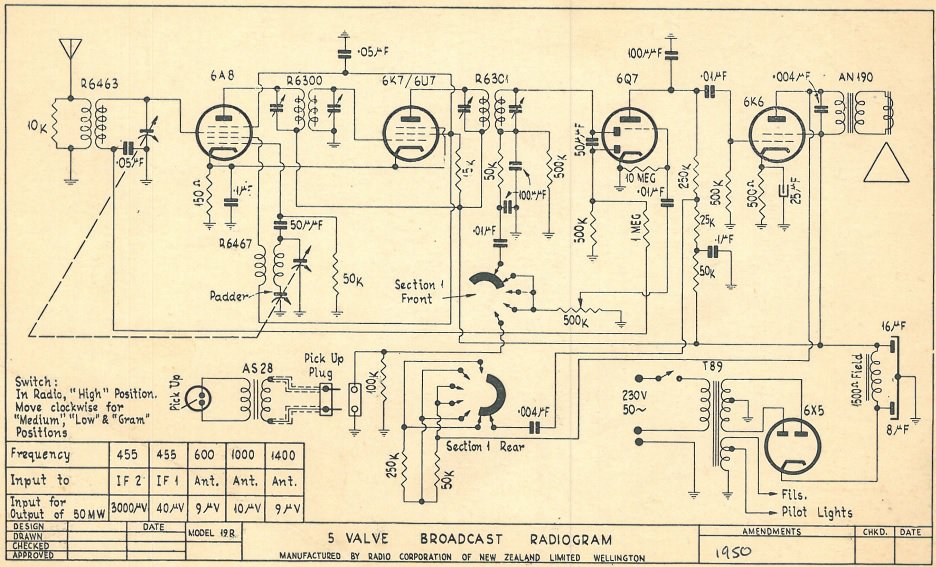 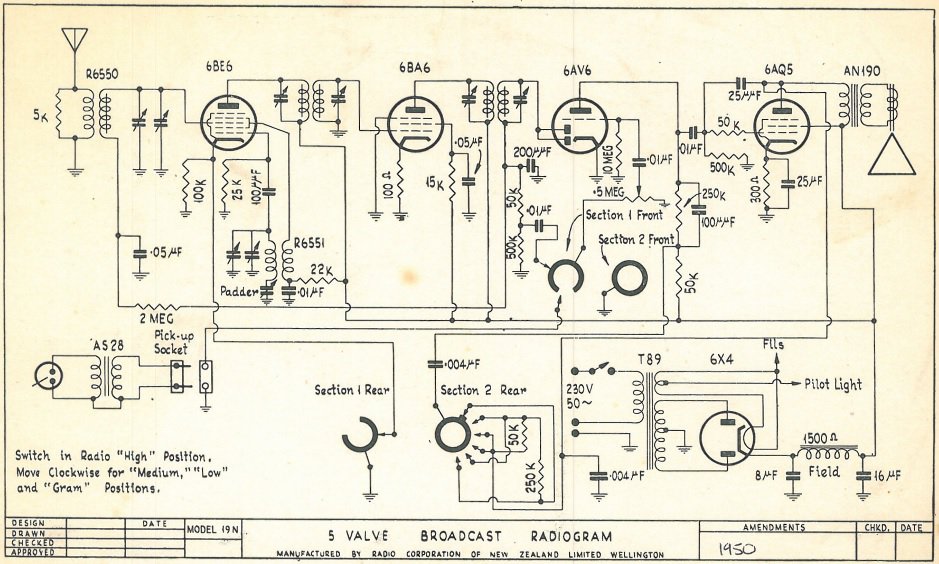