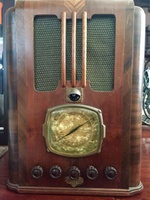 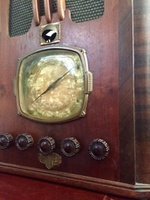 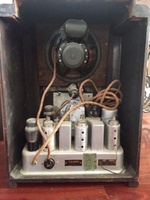 The Courtenay model 35 was manufactured for Turnbull & Jones Ltd by Radio Corporation of New Zealand Ltd in 1938.

Gold trim with two different dials sighted. The round dial scale model could be the later version based on it having square IF cans. The more rectangular scale appears similar to that used on models such as the 95 from the same era. Note: many of these dials are badly perished and this could be a lacquer coating which is failing. Reporoductions have been made - again see the model 95.

Two known versions of the chassis - the first used 6- and 7-pin valves while the later revision uses octal valves and (at least in the Columbus version) has a simpler dial assembly. 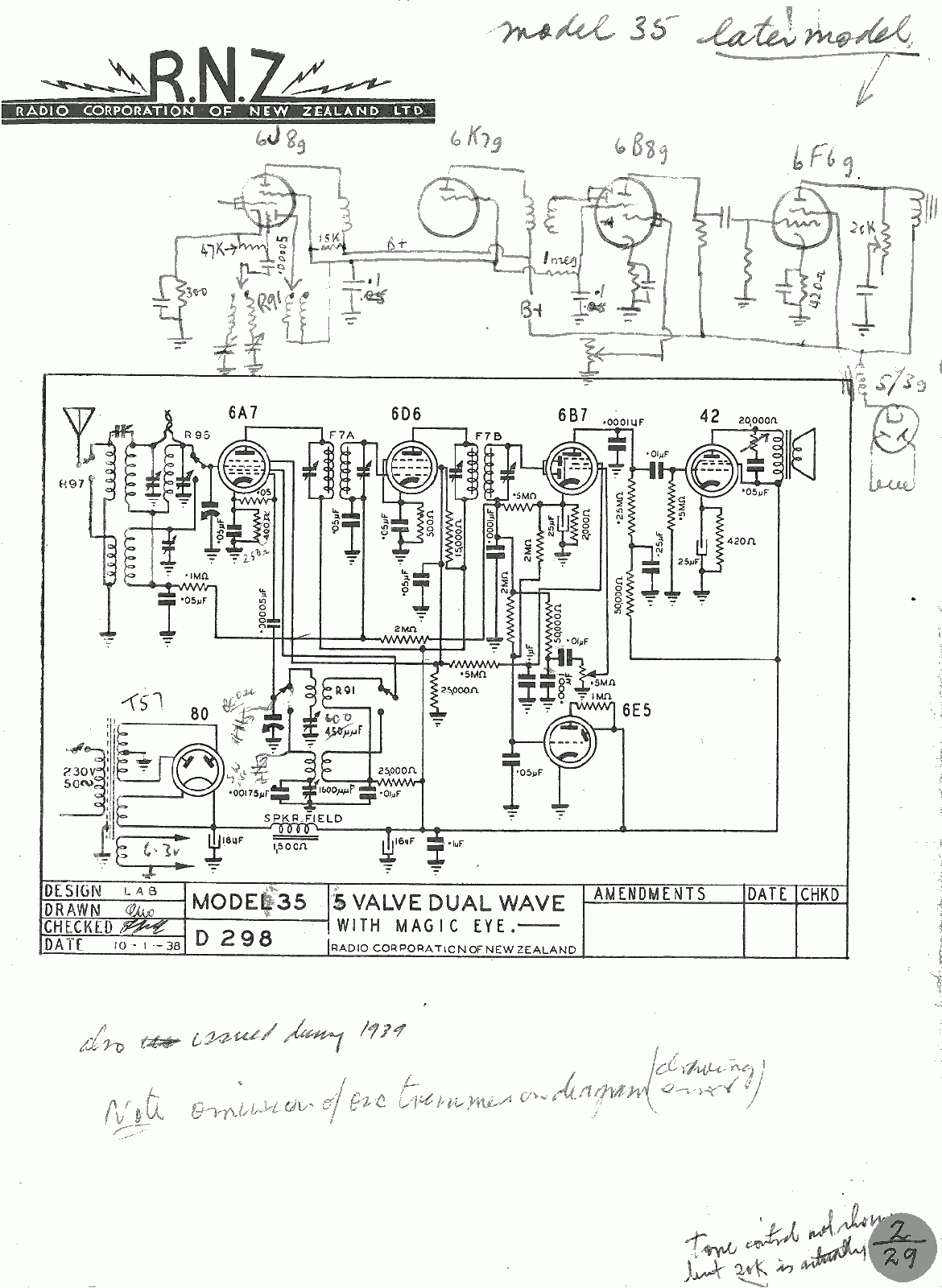 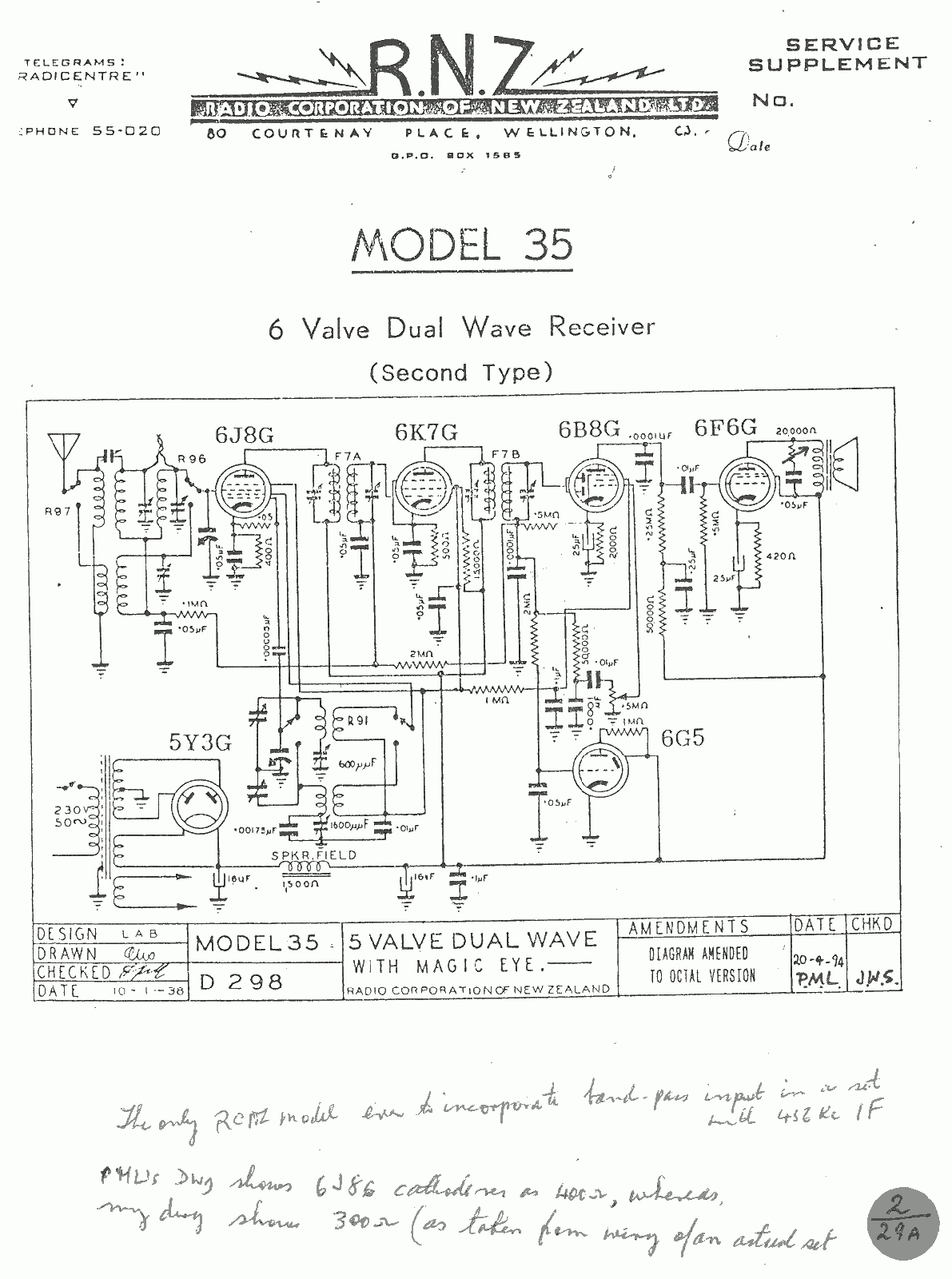